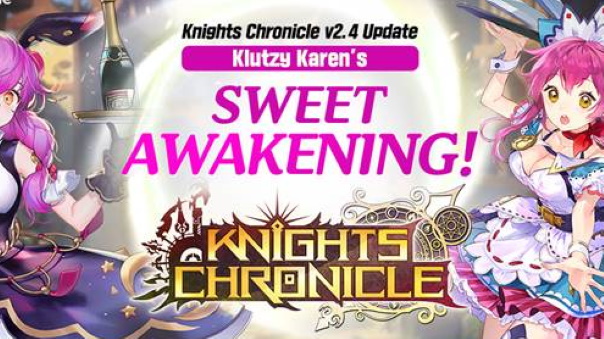 A new update has arrived for the anime-inspired Knights Chronicle, which adds the Awakening of fan-favorite Hero Karen. This will allow her to acquire new passive skills. Karen is a Water Support Hero, whose pre-awakening abilities include a skill that buffs Water/Light Allies’ HP recovery amount by 20%, and a passive that grants 10% Healing-over-Time to the ally with the lowest HP.  New heroes also come into the game, such as Eurora and Baskerville, and Baskerville is available in the guild shop. Starting today, and going until August 28th, ‘Erandel’ Advent Dungeon will also be available, in an attempt to acquire an ‘Advent Event Ticket’, which can be used to summon Eurora.

Other additions to Knights Chronicle include: