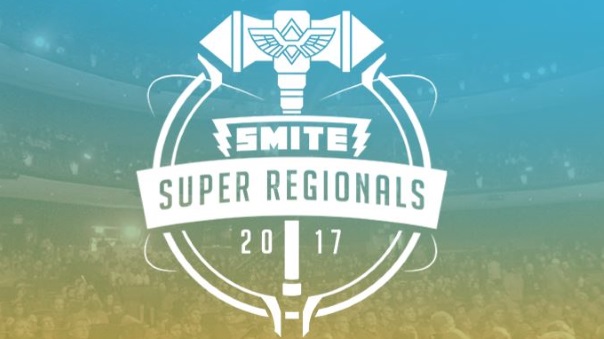 I was having some serious writer’s block this morning, then I realized that Super Regionals for SMITE is next week, there’s new stuff in HOTG, and there are always things that make me go “Huh” in Paladins. So here we go!

Super Regionals is coming next week, and woo doctor, what a wild ride this season has been! If you had told me that the two-time SWC Champions, NRG ESports would need, need Gauntlet to get in, I’d have laughed at you. They were such a dominant force the last few years, that I did not expect that at all. So I’m going to talk about who I think might stand out in the coming matches, but I’m not a professional analyst. This will probably be more “what I think will be interesting” or who I’d “like” to win. We’ll see where it goes. For Paladins, I already covered Terminus this week (he’s fun, he’s very fun) and I’m glad some of his glitches/bugs have been addressed. I’m going to talk about a slightly less-fun “No Healer Comp” which somehow has become prevalent, even in the Gold/Platinum range of ELO. It’s not fun, it’s not ideal, but you can win. You can, I promise. Some brief chatter about Hand of the Gods I think, to round it out. The upcoming patch is very brief, but I think it will have some long-reaching consideration for Norse mains just in general. It’s going to be a fun end-of-year, and I’m so excited for HRX 2018! There’s some buzz/rumors going around that there could be a new Pantheon in Season 5, but I’d rather see more Celts first. If there is a new Pantheon this year, my money’s on Polynesian, or maybe some set of Pre-Islam Arabic Gods. Now that I’d love to see. Perhaps I’ll do more speculation on that another day. Smart money is on the Arabic Gods though. They probably fit this setting way more. This roundup might be a little shorter than normal, but I have some thoughts on future content!

So, Super Regionals promises to be absolutely insane! My only regret is that I will be too busy to keep up with it 100%, but it will be on my second monitor the entire time I’m working, this I can assure you! So count on some dialogue on that next week. Right now we have ten teams getting set for next week. Two of those won Gauntlet, NRG Esports, and Noble Esports. There are teams I desperately wanted to see here, like Vigilant (Shoutout to PainDeViande, who I still think is one of the best supports to ever play SMITE. Sorry, but he’s who got me into the game in the first place!) We have four Regional Semifinals matches to be played for four spots at SMITE Worlds. Then there will be Group Play, Regional Semifinals losers and the Gauntlet winners. Six teams all play each other once (Best of One) with top two securing their spot as wildcards at SMITE Worlds 2018. 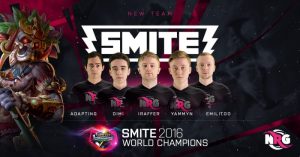 They're 2x champs for a reason. I'm not convinced they didn't set themselves up like this on purpose.

There’s a lot going on during Super Regionals. So the first seeds for each region are: Obey Alliance (Europe) and eUnited (NA). Wow, eUnited have been just smashing fools lately! These best of fives on Wednesday and Thursday promise to be absolute slugfests, and I’ll try to keep my thoughts on them fairly brief. The first day is eUnited and Trifecta and then Luminosity and SpaceStation Gaming. And I love Trifecta! Kiki, Cyno, Hurri, Aror and Snoopy are such a strong team, and Aror is a great addition to the squad. But… eUnited are looking very mighty right now. I have a feeling this one is going to be way more close than Luminosity and SpaceStation Gaming. I’m sorry, SpaceStation, but Jeff is too strong. Luminosity are too strong. They’re going to move on, and we’ll see them at HRX 2018. You can bank on it. As far as eUnited vs. Trifecta? 3-2, eUnited. No matter how much I love the squad of Trifecta, I think eUnited’s going to prove they belong on the big stage.

Next set of matches will be Obey Alliance and Elevate, followed by Team Dignitas and Team RivaL. Elevate’s another team I’ve really come to enjoy watching (and there’s an Elevate Ares skin; that right there is a bonus in my book. Ares main, represent!) I do think that Obey are going to move forward and stomp unless they underestimate Elevate. Obey Alliance has one of the strongest SMITE teams I’ve ever encountered. CaptainTwig, EmilZy, Ataraxia, Pretty PriMe, Xaliea, they’re all so talented. I was very glad to have met them when I did, a year or so ago at HRX. I feel like if they keep utilizing that glorious teamwork they’re known for, they’re pushing past Elevate 3-0, claiming their spot for the big show. I feel similarly about Team Dignitas, but I was a fan of their lineups for other games. I know very little about RivaL I’ll admit, so my thoughts are a little biased. I am familiar with the strength of Dig though. Trixtank’s one of my favorite Guardians in the game right now, and Variety’s power cannot be underestimated.

I’m calling it right now, Dignitas is going a long way in SWC. Could they go all the way? They have the power to do so. They’re like the band, Demons and Wizards, in that they’re a super-group, a force of nature in SMITE. (Further explanation: Demons and Wizards was a combination of Blind Guardian and Iced Earth). I really think this has the potential to be Team Dignitas’ year. Then the other teams will do battle in best-of-one matches to see who moves on as well! The top two out of those other six teams move on. But who will make it? That’s a tough one to call. I know iRaffer will lead NRG Esports out of Super Regionals. Come on. Serqet. Support. That’s next level. I’m going to make a bold prediction. If these go the way I feel they will, then the other team to come back will be Elevate or SpaceStation Gaming.. Sorry, I have to stick to my guns. 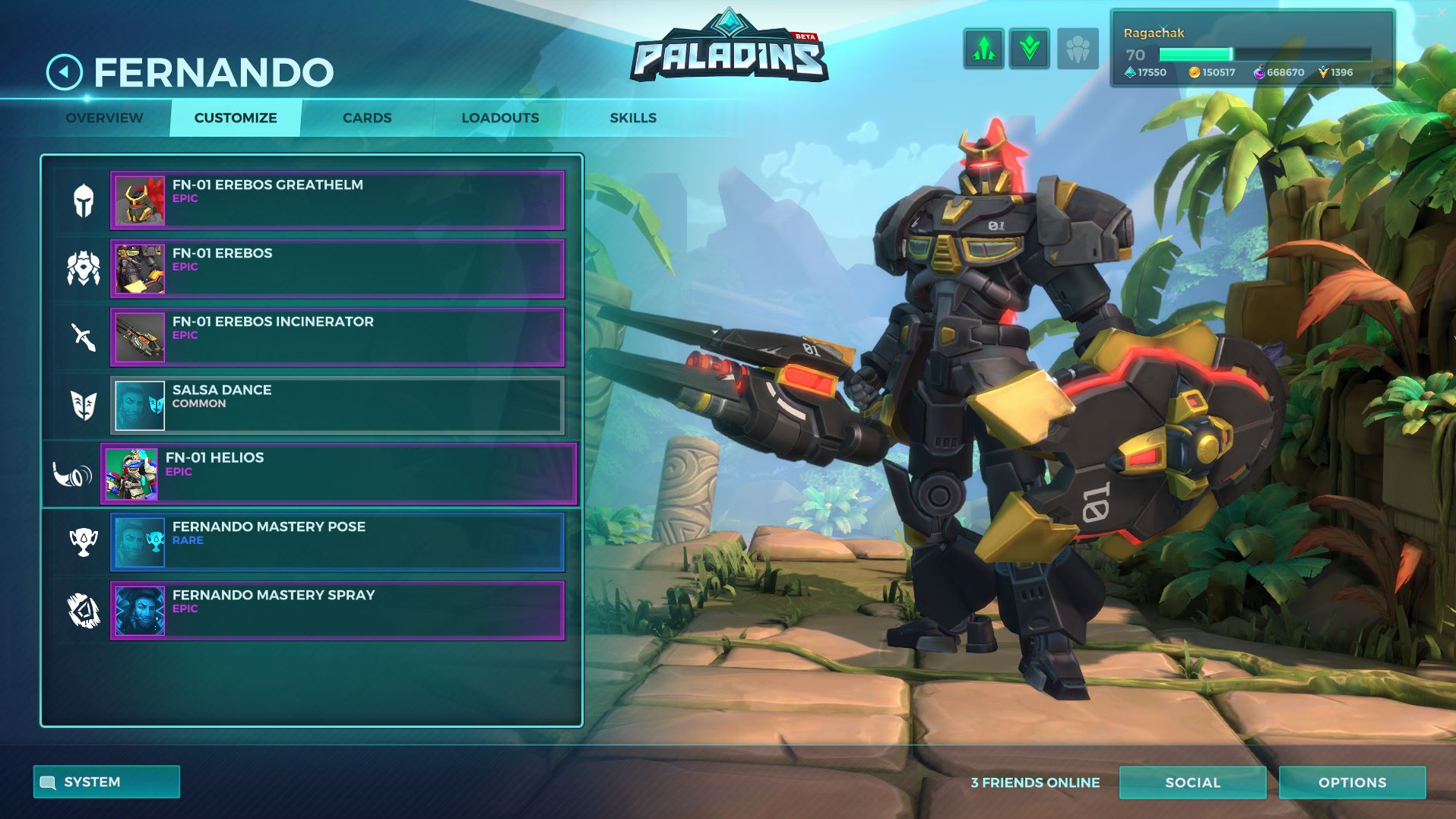 I couldn't find any in my history, but I did try. Instead, enjoy Gundam Mk. 2 (Titans) Fernando!

Okay, so this is a thing I’m starting to see a lot of. Is it something people plan? I’m not sure because I’m sane and refuse to do dumb things like this. I feel like it’s more that people in solo-queue are greedy and absolutely refuse to play outside of their comfort zone. If their one-trick-pony champ gets picked, they clam up and do something dumb. But it’s also a comp that has some things in common with a No Tank Comp. Because I’ve seen No Tank Comp win, and win a lot. The idea is that you let the other team claim the point, then stop them right away, get the score to 3/3, stock up ults, and just pubstomp the point. The team suddenly becomes aggressive, and the “meta” team has no idea how to handle that. It goes from “their team’s got trolls on it” to “Oh God are they smurfs?” real fast. No Healer Comp can definitely do the same thing. I can see No Healer Comp going a lot of ways. You can go 1: 3 Tanks, 1 damage, 1 flank, or something more traditional like 2 Tanks, 2 damage, 1 flank. Whether it’s someone on your team simply being unwilling to budge, and locking Viktor in even though someone above them locked Tyra, it’s not the end of the world.

You can win. I’ve won a bunch of these, and even though I felt we didn’t deserve it, points were had by all on my side. Please note, that this is for Competitive. There is no “meta” in Casuals. People just do whatever they want forever. This is a very simple squad though. You just need a decent amount of CC, damage, and having the ability to Shield definitely helps. This makes Torvald/Makoa/Ash stand out on this comp. I do think that you can do this without tanks at all. Watch what cards your opponents build too. The most obvious card is “Kill to Heal”, I’d argue it’s much better than Liferip in this instance. 3 Liferip can really turn the tide in a pinch. Liferip requires you to be actually hitting lots of shots, but Kill to Heal just requires you to have been a part of a kill. At least for Tanks, get Kill to Heal. The rest of your cards depending on what they do/have, so build Wrecker/Caut as necessary, as well as Defensive items. Personally, I like Chronos/Morale Boost on these teams, so you can ult/pop skills as much as humanly possible. This is a match-up you can win, even if you’re on this team. The most important keys are to 1. Never Give Up and 2. Let the other team think it’s a troll comp. Play safe, play smart, you can win. It’s definitely a long-game style comp. I don’t think you’ll see it in the Pro Matches, but that would be truly fascinating. Also a final shout-out to Joe Hendry (his twitch is here) for taking time out of his day to learn how to play Paladins with us! The Prestigious One himself came to hang out with us and we could not have been happier. Joe Hendry is a Scottish Professional Wrestler and is fantastic both in and out of the ring.

As it turns out, Fafnir will be right at home in this deck!

Hand of the Gods: SMITE Tactics – 0.33 – Cursed Dragon has two new cards, and one balance change in it. This is a really small patch, but I feel like something much bigger is on the way. But this is fine though! Both of the cards are Norse. Both of them can change how you build/approach the game as a Norse player, but one is more potentially potent than the other. That without a doubt, is Fafnir! He’s a 3 drop, 5/5 Epic. Sounds good, right? That’s already strong. But if he’s in your deck, any card 5 or higher cost, cannot be played. That doesn’t sound too bad. Hel, Fenrir, Loki, Freya, and a whole host of neutral cards can no longer be played! Does that mean they cannot be “cast”? Or will there/are there cards that will break this rule? In MTG, cast and played are very different. But I really like this, because this changes the deck from being a very God-Heavy Aggro Deck. You can still use Sol, Thor and Ymir, but instead of running your whole host of aggressive, powerful Gods, you change to a lower-cost, aggro, buff deck. I’m very much looking forward to seeing what Norse builders can do, and what I myself can do with it. It’s not a faction I use as frequently, but I plan on trying it out to see if I like this style of deck more.

Thanks so much for reading guys! Do you agree with my thoughts? Disagree? Did I bash your team as being fodder for Super Regionals? Let me know this and more below!