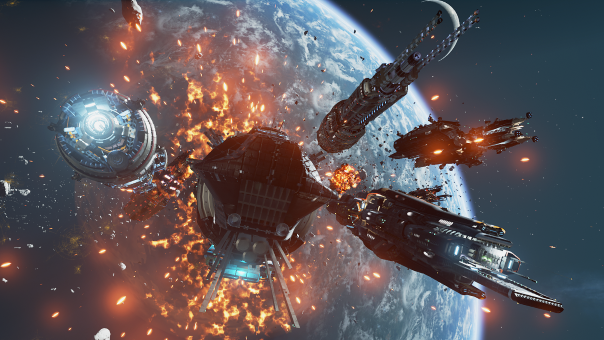 Edge Case Games, developers of the team-based space combat game, Fractured Space, today revealed the game is scheduled to officially launch in beta on September 15, 2016. More details on the launch will be revealed at PAX West in Seattle from September 2–5, with media and community members invited to attend, play the game, and meet the team.

After two successful years in Early Access, where the game has evolved from a bare bones team match to a fully-fledged game with over 20 ships, customizable ship load outs to affect ship capabilities, selectable crew members that influence bonuses, a balanced free-to-play economy that seeks to provide great value to all players, and soon, even more features set to roll out at launch. To learn more about the new features planned for launch and to get set for your review code on September 15, come see Fractured Space at PAX West!

From September 2–5, Fractured Space will be exhibited at the sold-out PAX West gaming show in Seattle. Media interested in a hands-on demo and discussion with key team members can contact ecg@oneprstudio.com to schedule appointments. Community members are also encouraged to contact the Edge Case community team for a chance to meet and play with the team during the show.