Faeria: The Fall of Everlife DLC is Now Available 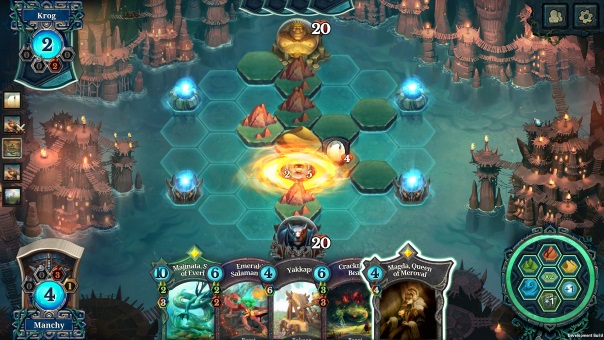 Abrakam’s digital card game Faeria recently released a new expansion on PC, “Fall of Everlife”, which will add 40 new cards to the game. This is on the heels of a recent change, moving the Classic Edition of the game from a free-to-play to a ‘buy-to-play’ package, despite launching as free to play back in 2017. The Classic Edition retails for 24.99 on Steam and will offer new players the complete set of cards for Faeria (over 400 cards). This should change the outlook of Faeria, offering more balanced and fair gameplay, removing the buy-to-win feeling that Faeria previously had. Now it’s all about strategy and shows who has the most skill in the game as a whole. Faeria also has a healthy esports scene, which can be learned about at this link. The Patch Notes can be found below which describe the update in greater detail.