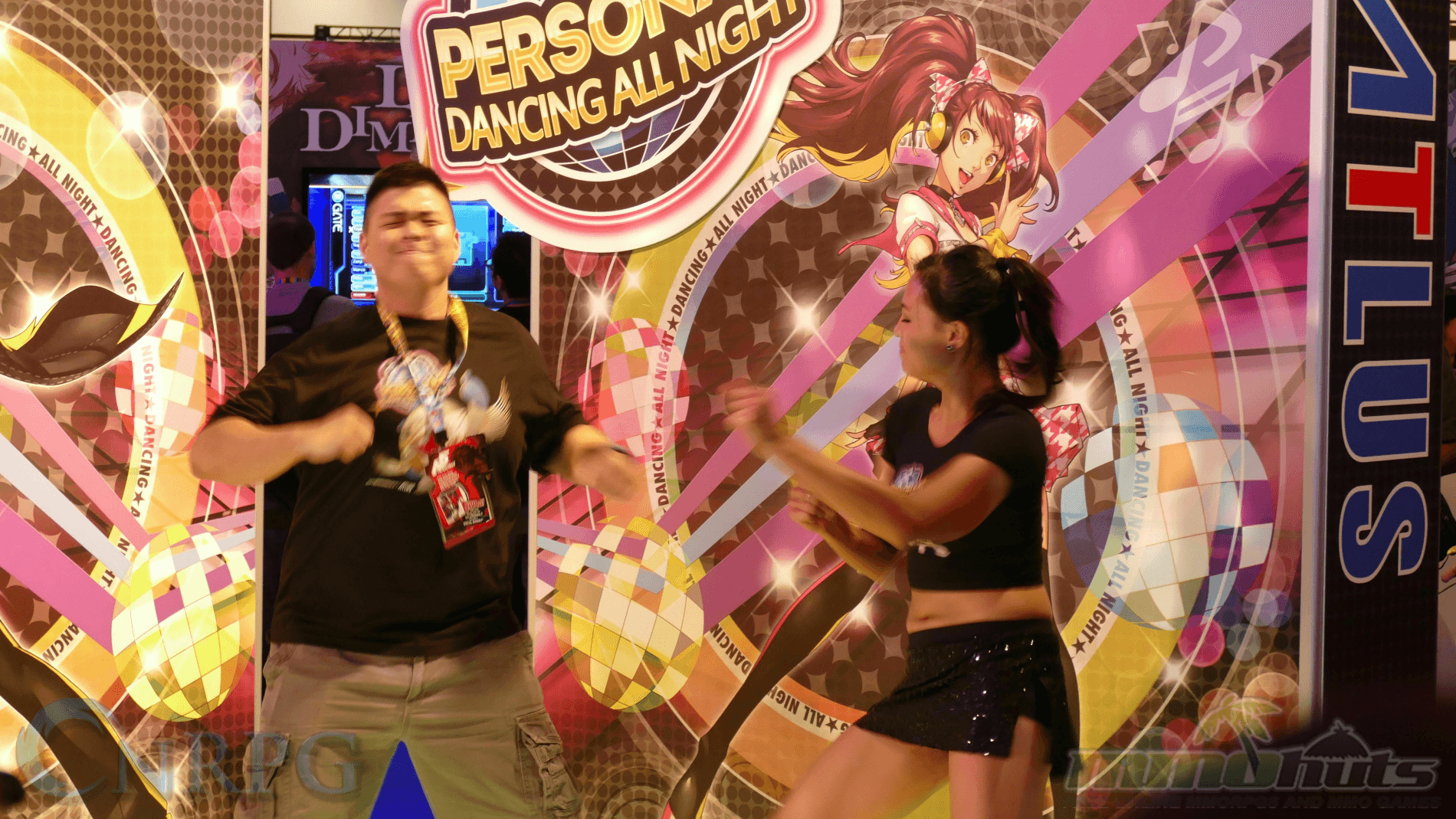 At E3 this year we sat down with some of the creative leads and level designers of the next Star Wars the Old Republic expansion, Knights of the Fallen Empire, for a quick demonstration of what’s to come and get a feel for what’s going to change going forward.

As per usual, the newest SWTOR expansion will be an effort spearheaded by attempting to revive the classic Bioware cinematic story telling methods and determining the fate of the galaxy once more. What is unusual, however, is that both The Sith Empire and The Galactic Republic have been conquered by a new faction, the Eternal Empire, in a relatively swift manner the new faction is full of powerful Force users. 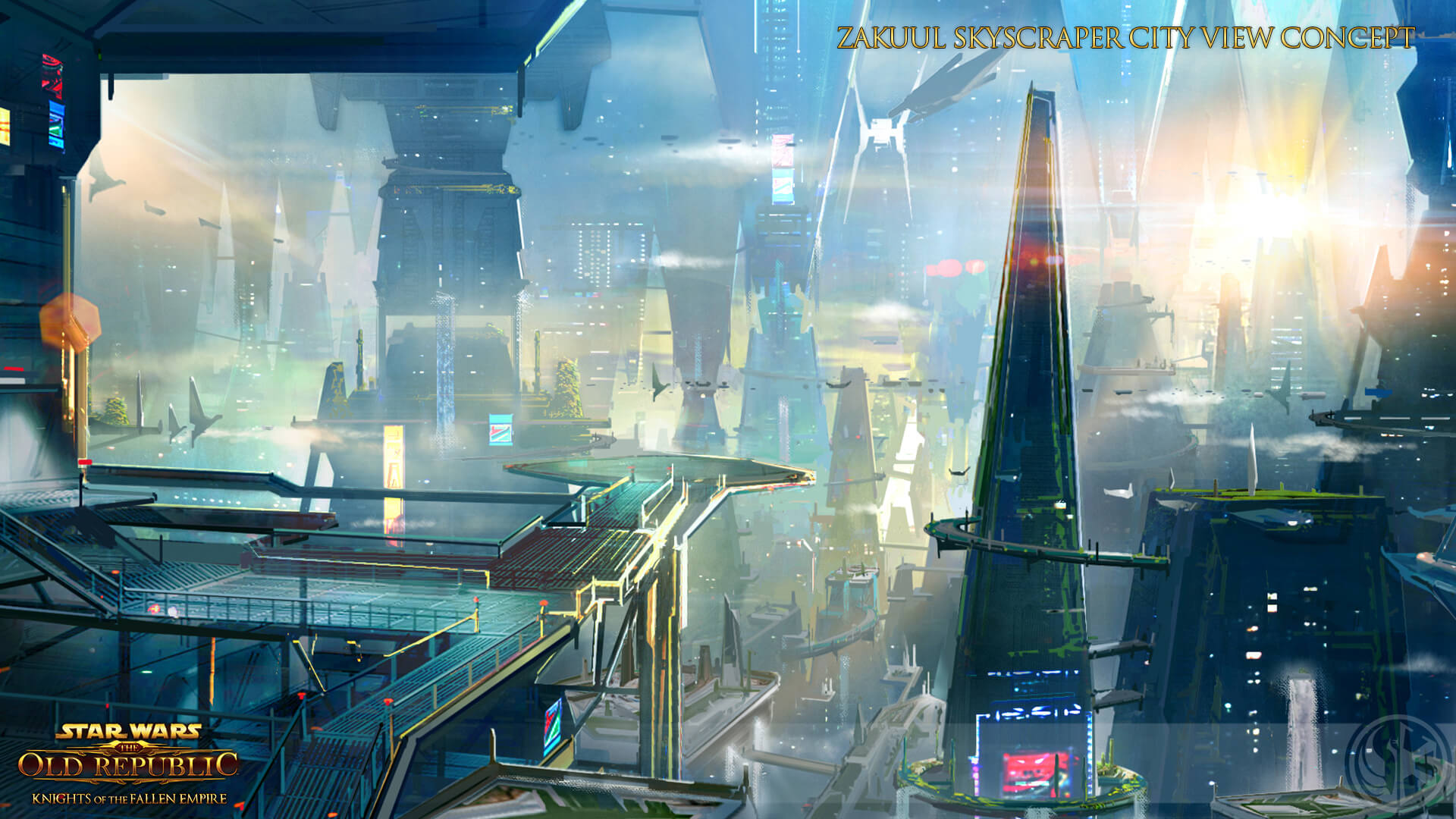 “Zakuul is a new location you’ll get to explore; reminiscent of Coruscant.”

From what we can piece together so far, the hero – The Outlander (ie. You) – was captured and imprisoned in carbonite, and has been awakened in the midst of the Sith, Republic, and Eternal Empire conflict. The Eternal Empire supposedly uses the Force as a means to operate a just and peaceful society (where have we heard that before, right?) and it’s up to you to figure out what’s going on. Many within the Enteral Empire can use the Force, meaning it’s a somewhat level playing field for the game to operate within. 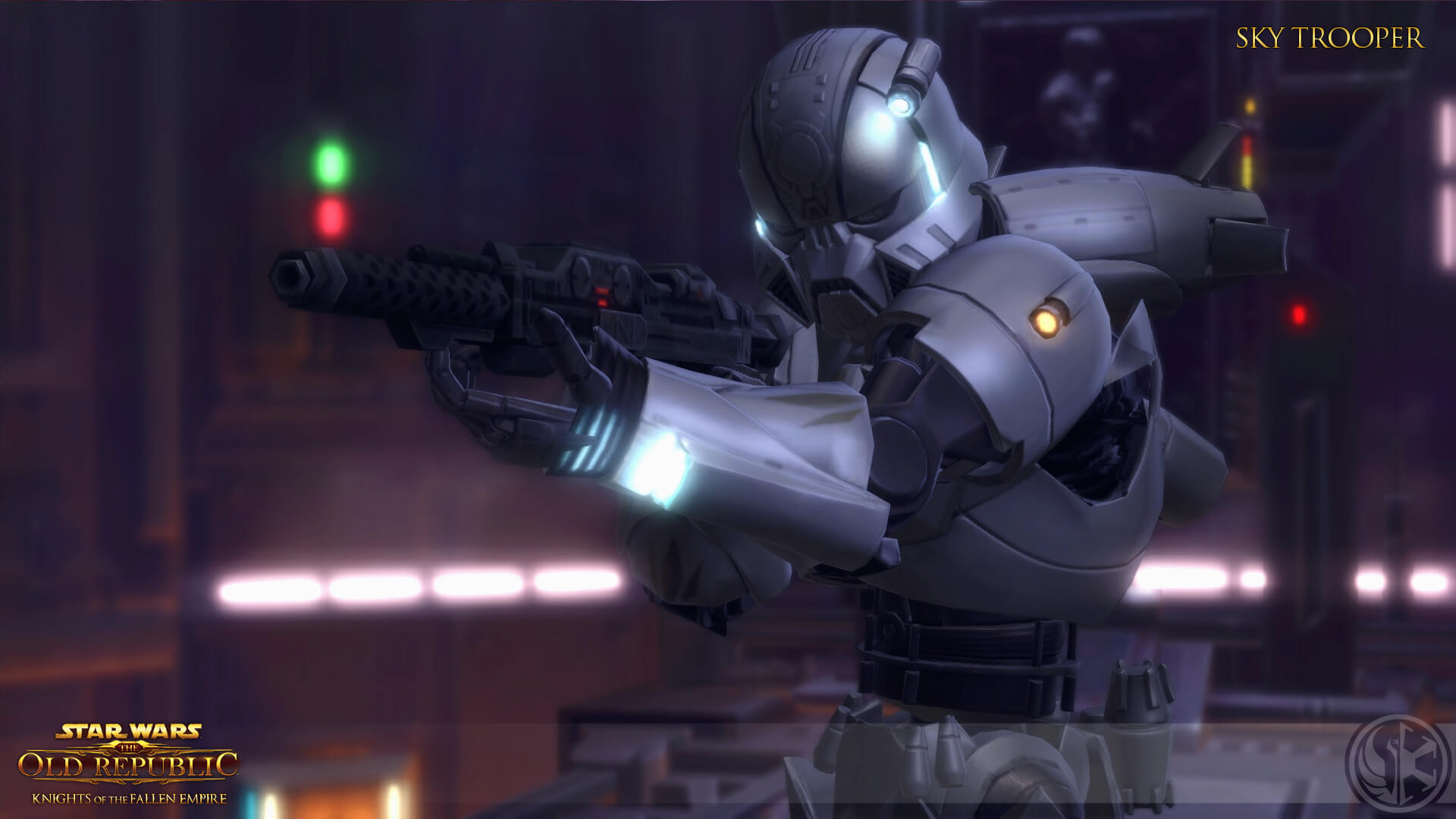 Choices within the expansion are going to heavily influence combat encounters and dialogue trees as characters and factions will remember your choices and the outcome of certain missions. Within the slice of chapter three we saw, we counted four important choices and two with some real weight behind them. 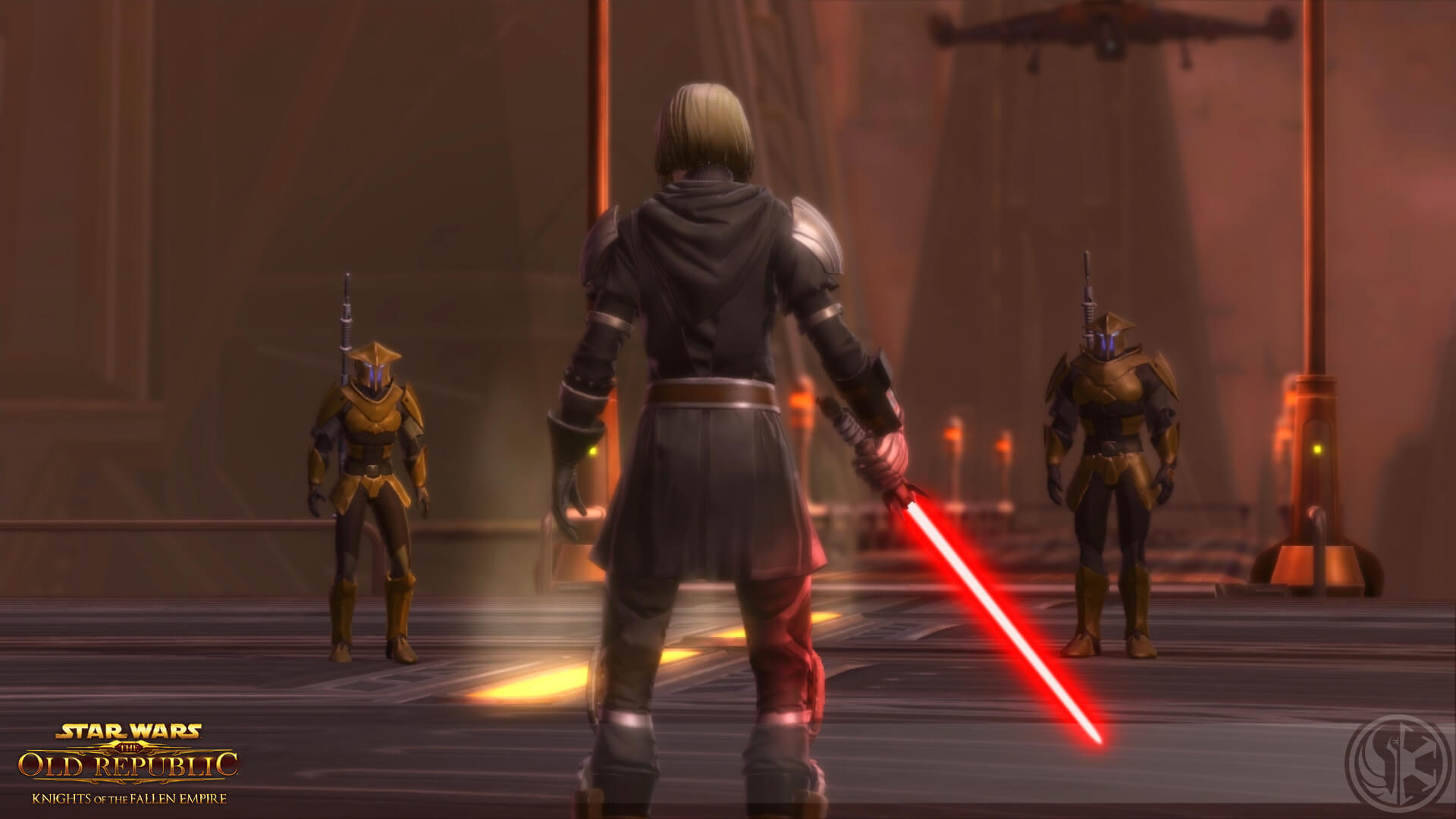 “Not just another pretty face.”

Knights of the Fallen Empire will feature both returning and new companions, such as the spiteful Sith Lord Lana Beniko (a favorite) and HK 55, a new HK model programmed to protect meatbags, such as yourself, at any cost. It has been revealed that five companions will be available to partner up with over the course of the expansion, the level cap will be raised to 65, and new “iconic” powers and abilities focused on movement and combat will be detailed in the coming months.

EA released a new cinematic trailer for The Old Republic at the beginning of this year’s E3. Though we don’t expressly know how it ties into the story of Knights of the Fallen Empire yet, it’s very pretty and worth watching.

Players new to The Old Republic will be able to jump right to level 60 and experience the new content for themselves, and the existing class stories are going in for some “streamlining” overhauls so they’re less grindy and cinematically focused. Knights of the Fallen Empire itself will include nine chapters at launch with seven more released over time, and all of the content will be free for all subscribers starting on October 27th.