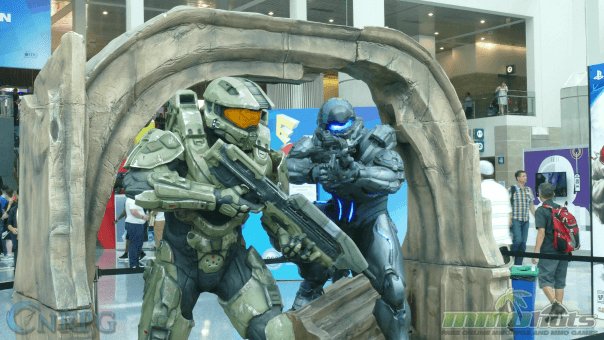 E3 is back, and so are we with more juicy Guild Wars 2 updates and info! 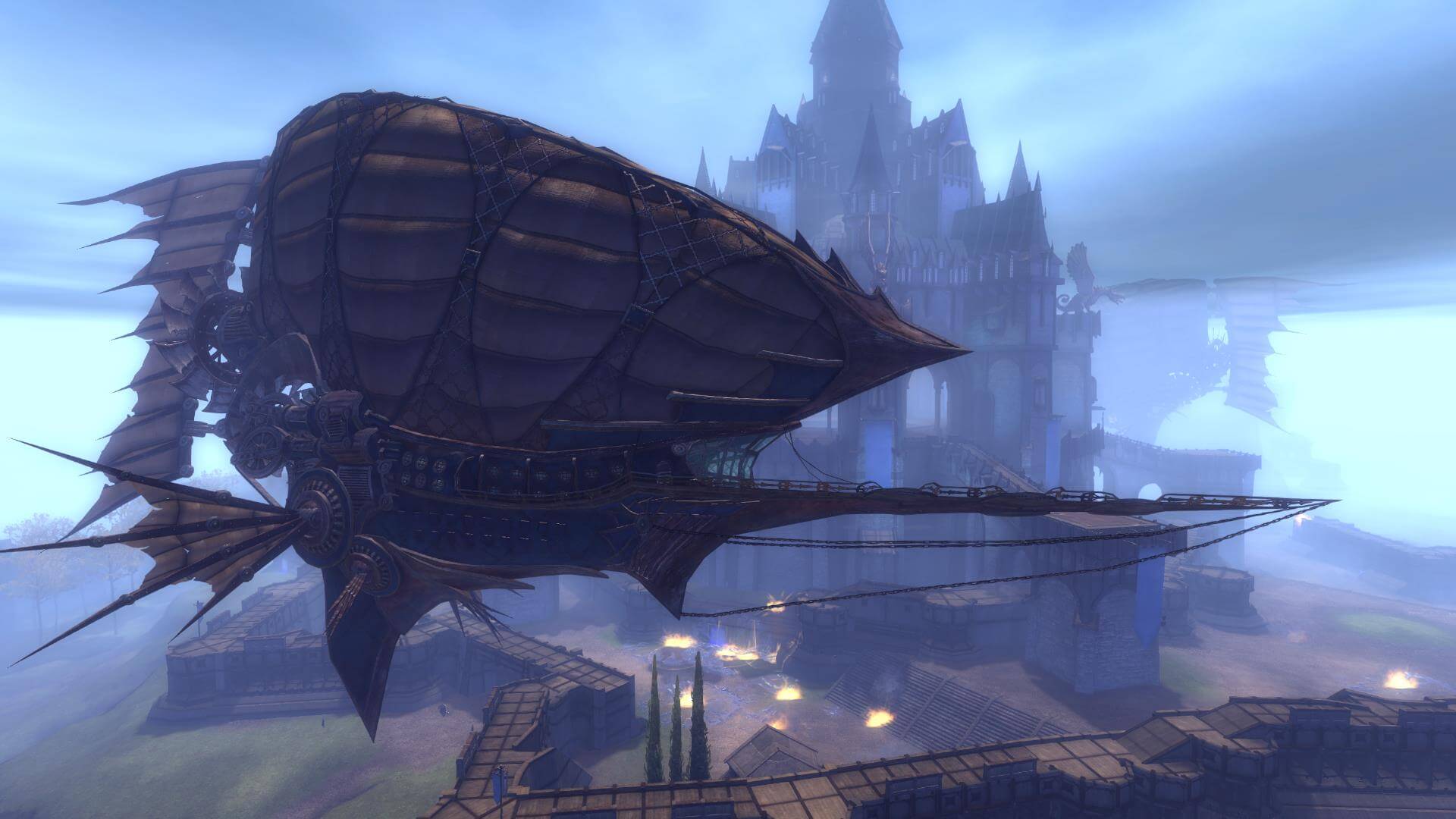 As the Tuesday show was winding down, we met with ArenaNet’s lead designers for the upcoming Guild Wars 2 expansion, Heart of Thorns. The focus of our discussion? The return of Guild Halls – a private space for guild members to meet, train, and prepare for events in Tyria. The functionality and design of Guild Halls have undergone radical changes and transformations, but they still represent the core value of the game’s namesake: Bringing together players in a friendly manner and enjoying the game.

For the uninitiated, Guild Halls are spaces that guilds can take over in PvE and then inhabit, upgrade, decorate, and commune in. Until now, guilds operated inside of the Guild Window where guild upgrades and missions were displayed, the guild bank was accessed, and, of course, the guild chat box was present. There was never a centralized or official location for guilds to meet inside of Guild Wars 2, until now. Guild Halls represent a place that guilds can call “theirs” and customize to fit their goals and gameplay styles – be it to conquer PvE missions and dungeons, PvP teams and World vs. World (WvW), or just to have a nice place to hang out. 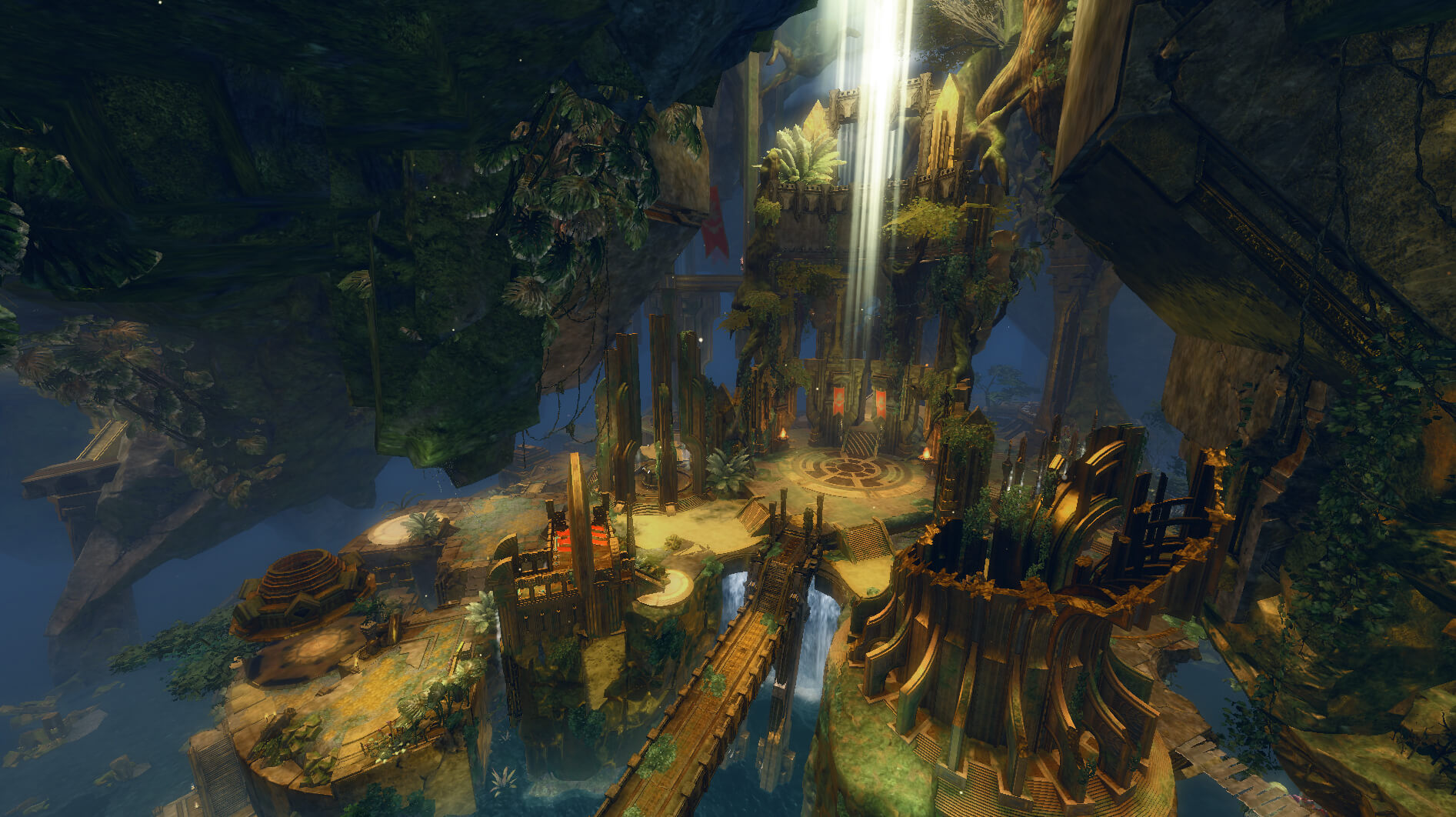 “A Guild Hall in, presumably, the Maguuma Jungle.”

Though guilds are acquired in PvE, they cannot be lost and will forever remain in the guild’s possession as long as the guild itself still stands. A guild may choose to switch to a different Guild Hall location, as there are multiple locations to have them hosted, but their decorations and upgrades for each hall are preserved indefinitely. From what we can tell so far, one guild location is in the Maguuma Jungle, while another is, perhaps, in the Steamspur Mountains. We’re fairly confident in the first one, as Guild Halls are a part of the Heart of Thorns expansion.

With the addition of Guild Halls, guild chat and guild representation will be altered slightly. Currently, players can only chat with the guild that they are representing, but when Guild Halls arrive players will be able to chat across all of their guilds at once (up to the five that they join) and coordinate between them. Transportation around Tyria will also be slightly altered as each Guild Hall will have a grand portal of sorts which can be used to quickly transport guild members to the appropriate location for a mission or activity. 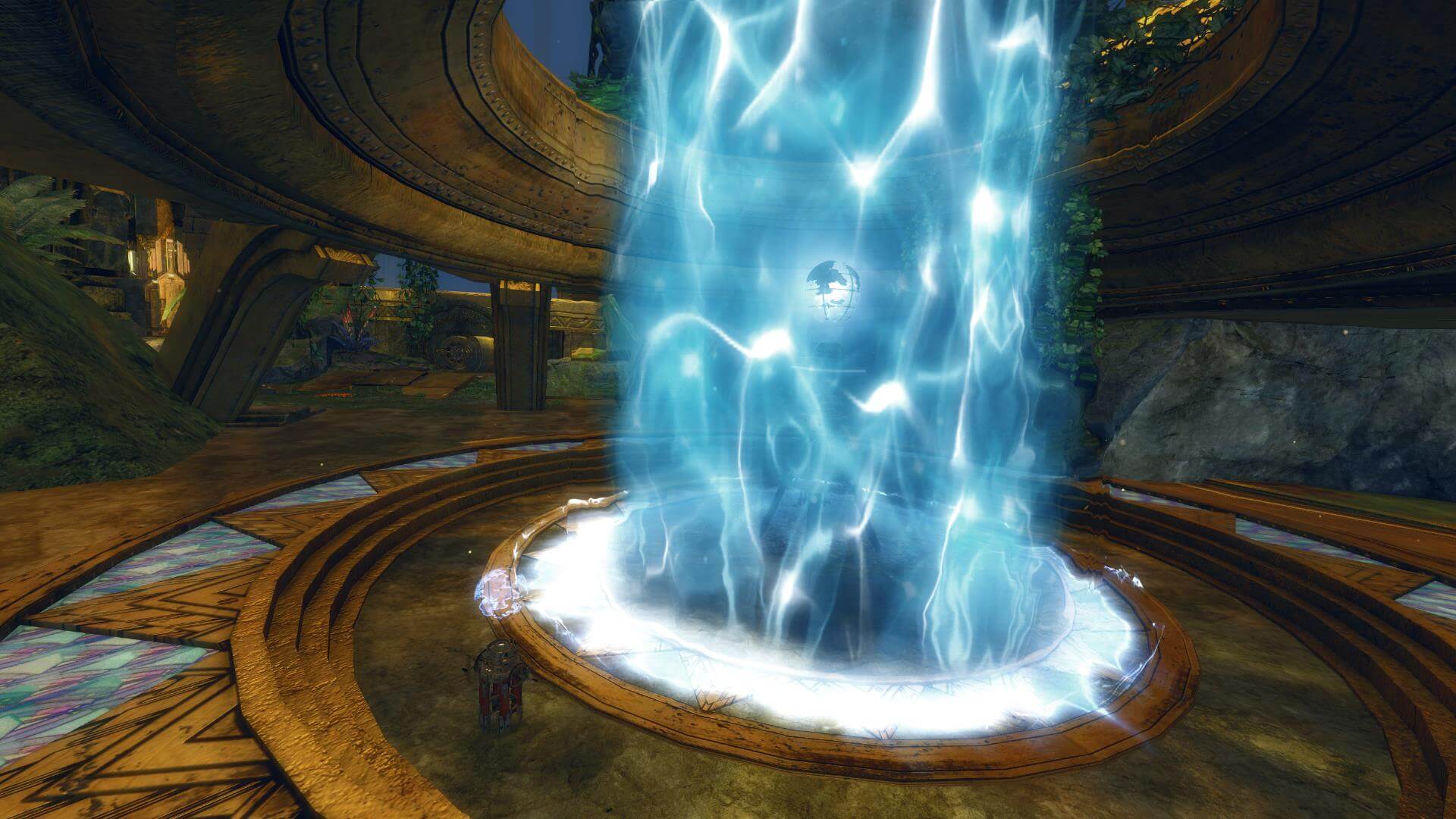 One aspect of Guild Halls that fascinates from a purely aesthetic standpoint is their immense verticality – more vertical climbing and stacked areas on top of one another. In a trailer we were shown, it’s apparent that gliders are available for traversing the Guild Halls quickly and Guild Halls are rather large in comparison to many instances in the game. Another talking point of Guild Halls was the training arena for setting up teams of players or free-for-alls to help players hone combat strategies for PvP and WvW, which would seem to be a solid investment for guilds that are focused less on PvE and more on PvP.

Guild Halls have been a long time coming, so we’re sure that players across Guild Wars 2 will be thrilled with their re-imagining. If you want to catch some insights from the Guild Wars 2 team about Guild Halls, check out JamesBl0nde’s interview with ArenaNet’s lead designers and also check out the aforementioned official trailer right here: