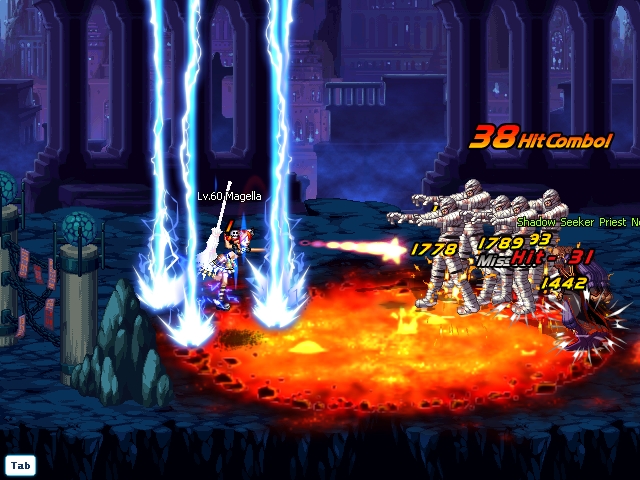 Dungeon Fighter Online is preparing to launch a content update this month, and part of that update will be a new dungeon, the City of Noire Ferra.

Located in Aphelia Post, the dungeon features six rooms of zombies, including Dark Elf Militia, Dark Elf Zombies, and Shadow Seekers, with the boss Phantasmal Delezie and his Necroplasms. The dungeon is designed for levels 55+, and will feature new equipment that increases attack damage, recovery time, and skill power.

The update will also make Life Tokens and potions easier to acquire for low-level players.

A Stroll Through Noire Ferra

Dungeon Fighter Online, the classic side-scrolling arcade-style beat ‘em up MMO from Nexon, is releasing a brand new ancient dungeon in a content update for the month of March.

The dungeon, dubbed the City of Noire Ferra, is located in Aphelia post where players will be greeted with six rooms of relentless zombies. The once peaceful inhabitants of Noire Ferra became infected with the curse of the undead, encapsulated in a dimensional rift caused by the vicious Phantasmal Delezie. Dungeon Fighters will have to battle through Dark Elf Militia, Dark Elf Zombies and Shadow Seekers to ultimately face Phantasmal Delezie and his Necroplasms unleashed in the City of Noire Ferra.

Additionally, lower level Dungeon Fighters looking to extend their playability time will now be able to easily acquire more Life Tokens, as well as buy more potions from NPCs throughout the game. This will reduce the time users must spend battling for item drops or visiting the Item Shop.

For more information on Dungeon Fighter Online, or to download and play for free, go to http://dungeonfighter.nexon.net/