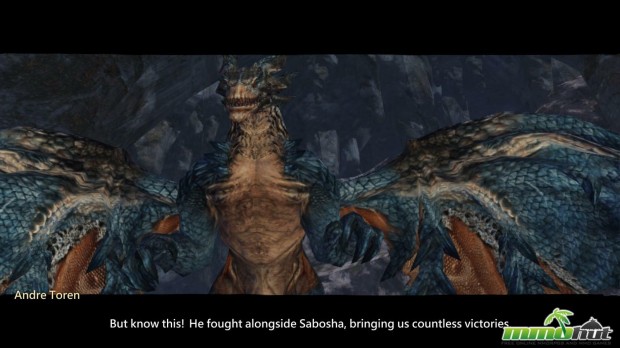 Dragon’s Prophet is a 3D action-packed fantasy MMORPG, set in the world of Auratia where mankind, dragons, and the sinister forces of evil are at war. As one of the most highly anticipated games of the year from Sony Online Entertainment and the creators of Runes of Magic players enter a dragon-based environment as a hero determined to reclaim their beloved country to its former glory. Complete challenging quests as you trek across dangerous areas overflowing with monsters that are simply waiting for the opportunity to strike. Battle fire-breathing dragons, capture them, train them, and recruit as companions. The game features four distinct character classes that play differently depending on a player’s selection of dragon companion and skill mastery. Join a guild to participate in territory based wars, build a home worthy of a hero’s presence, and establish a kingdom to rule alongside friends in this unique F2P.

Players start out as a soldier proving their worthiness to move up the ranks. After a somewhat lengthy tutorial with cinematic cut scenes depicting the aftermath of the Dragon Wars and the current turmoil now plaguing the cities, heroes are instructed to complete several essential quests. Dragon’s Prophet is a fast-paced action-oriented game and definitely different from most MMOs. Within minutes of the tutorial a gigantic fire breathing dragon swoops down to attack. Players have to successfully kill the dragon, eliminate raiding marauders harassing innocent townsfolk, and attempt to take out levitating bug handlers while fighting off their monstrous beetles charging at you in every direction. The intense start of the game really sets the bar high for the rest of the gameplay. Luckily players are not disappointed. The combat incorporates a fun auto-target and combo system allowing heroes to engage in a more free-flowing yet authentic battle style. There’s also a much higher level of control and tactical options available. Players are able to swiftly move while firing, dodge, and counter-attack their opponents. The fast paced combat action feels almost like a third-person shooter similar to Warframe. Activate specific hot keys to perform powerful spells as well. 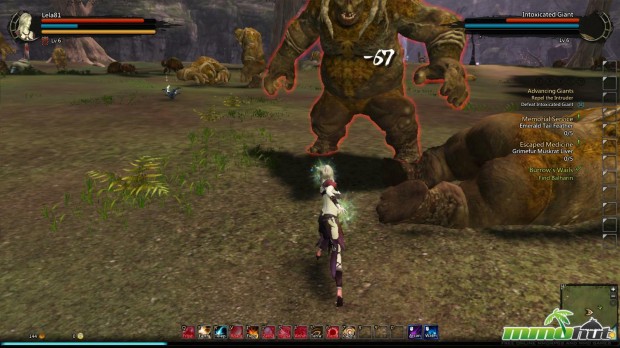 Monsters in the game also truly live up to their title. There are no stationed non-aggressive AIs in Dragon’s Prophet. Creatures will fly, lunge, pound the ground, run in circles, and even throw boulders at you. The uniqueness of each beast and their unpredictability is refreshing. Although quests tend to vary it usually involves combat of some kind. Whether it’s a direct task like killing a gang of intoxicated giants or more subtle in the form of collecting a special herb, a fight is sure to follow. Much like Sony’s Ever Quest II heroes have a large game world to explore while questing. Simply trekking through dangerous canyon valleys on route to a certain destination a
raptor ambush can occur. The intensity of the combat requires every hero to have a little assistance. 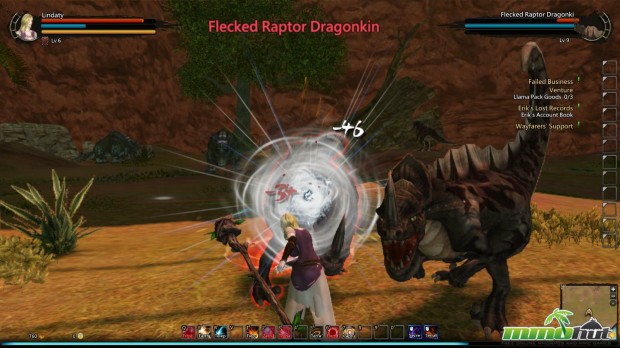 Dragons are one of the most prominent features in the game. Dragon’s Prophet is entirely dragon-based. These mythical creatures are intertwined into every aspect of a hero’s destiny throughout the game. They are equally fierce adversaries as they are trusted allies. Dragon’s also affect a hero’s class and combat skills during melees. It’s up to players to capture, train, ride, and battle alongside their chosen dragon. Regardless of the class of a specific hero, the dragon selected as a companion and mount will determine the skills a character is capable of executing while that particular dragon is summoned. The in-depth creature hunting system requires users to participate in dragon collecting and training for a fair advantage on the battlefield. 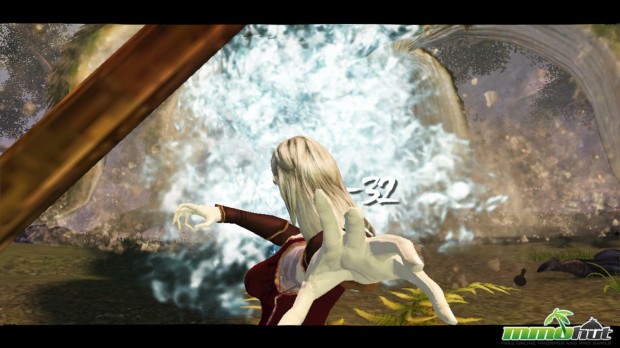 To capture or tame a dragon a player must activate their capture skill on their hot bar when in close range. Comparable to one of those interactive fishing games a meter will appear on the screen and your character jumps onto the beast. The dragon is bucking and attempting to shake the hero off of its back while you strategically keep pressing the WASD keys to stay in the middle of the target spot displayed in the meter. When successfully tamed the dragon becomes a pet companion that will fight alongside its master. There are over 300 different dragons available with their own unique set of dragon soul skills and mount elements. Players can own as many dragons as they wish. Collect land, aqua, gliding, and flying dragons to use at your disposal. The option to fly a dragon and fight mounted on an enormous beast is one of the coolest features of the game. The beautifully detailed graphics reminiscent of RaiderZ makes exploration and battles a majestic experience. 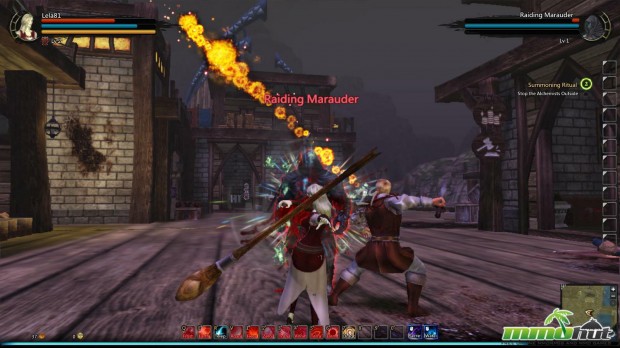 The weapons and character customization options are standard in Dragon’s Prophet. There’s nothing that stands out in terms of innovative gear or weaponry. Players have their choice of one or a two-handed sword, axes, maces, bows, gun blades, sickles, talisman, scythes, staves, and wands like most MMOs. Basic shields, boots, t-shirts, trousers, gloves, helmets, cloaks, cloth armor, and heavy armor are available depending on a hero’s class. Gear and weapons features various energy levels and stats that can be upgraded using magical gemstones. Although merchants have impressive walk-in shops with shelves and items displayed, very few equipment are actually for sale from merchants. Players must rely on looting and purchasing the bundle packs in the item mall for rarer gear. Merchant shops often carry health potions or magical amulets for enchantments and boosts. There’s a variety of replenishing foods like charred fish skin, crispy fried meatballs, verdant vegetable rolls, steamed cabbage, sizzling sprouts, viscous beast broth, and fried flower mushroom as well. 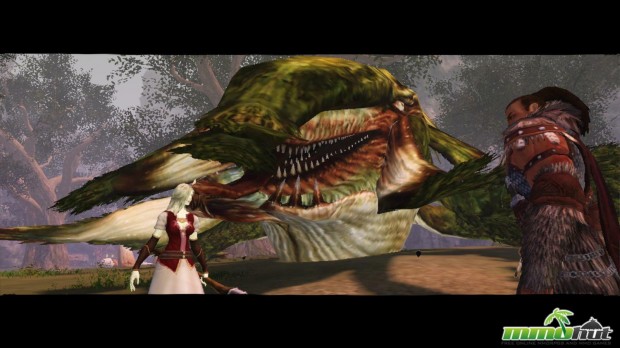 Dragon’s Prophet is a truly unique fantasy MMORPG from Sony Online Entertainment. It combines the Runes of Magic lore with innovative fast-paced combat action rarely seen in traditional RPGs. Players become honorary soldiers fighting on mankind’s behalf in a war involving a mysterious evil and dragons. Heroes have the ability to hunt, mount, fly, and fight alongside powerful fire breathing dragons makes this an extremely fun game. Clear dungeons inhabited by swarms of gigantic monsters from giants to raptors and in between. Forge your own alliances, build a homestead, and rule an empire with friends. Although the maps and customization could use improvement, Dragon’s Prophet is an exciting action-packed F2P adventure that any fan of fantasy MMOs should definitely check out.