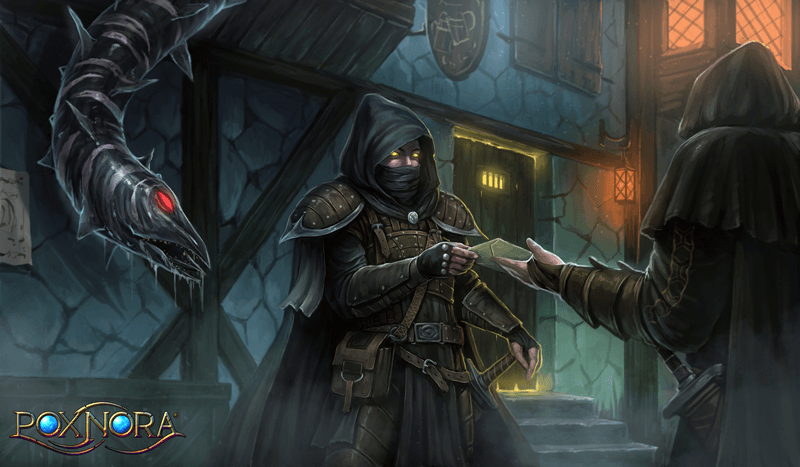 New experiences and intense matches are awaiting players in Pox Nora, the online tactical turn-based strategy game with elements of collectible card games and fantasy RPGs, from Desert Owl Games (DOG).  DOG is happy to announce the release of the 26th expansion for Pox Nora, “Path of De’lim”.

This Pox Nora expansion, “Path of De’lim,” adds 42 new Runes (cards that represent Champions, Spells, Equipment, and Relics.) along with over 50 new abilities and mechanics to the game.  The story within Pox Nora, the world of Poxathuru, continues to progress as followers of De’lim attempt to assassinate one of the key characters.  The expansion includes a huge new addition, Heroic Achievements, which allows players to try different deck compositions for an extended amount of time, resulting in sizeable rewards.  Once all Heroic Achievements (compiled into sets of 4) are completed, players get an exciting additional bonus.

Features of Path of De’lim Include: