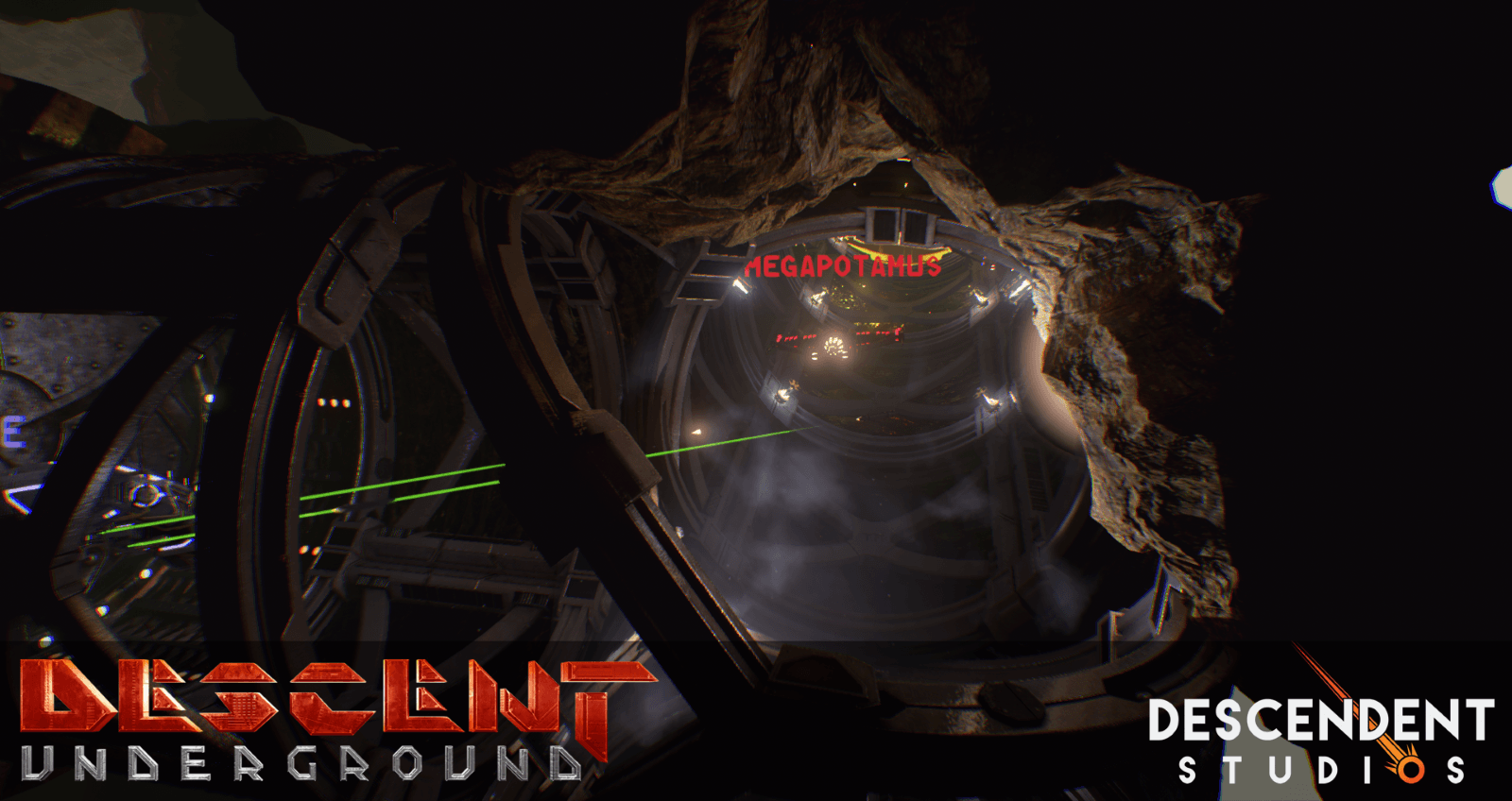 Descendent Studios, the Austin, Texas-based game developer, today announced the first public release of its reboot of the classic 1990s FPS, Descent. The pre-alpha version of Descent: Underground is now available to some backers of the successful Kickstarter project. The release comes one week after the game had a successful public debut at the Rooster Teeth Expo (RTX) in Austin.

Descent: Underground successfully completed a Kickstarter crowd funding campaign on April 10, 2015. In less than four months, Descendent Studios was able to deliver its first playable version at RTX. With its AAA graphics and unique gameplay, Descent: Underground attracted long lines at the expo as backers and fans waited anxiously to play the game on screens and in virtual reality using Oculus Rift headsets.

“Many people kept coming back, bringing their friends and in many cases, their parents,” said Descendent Studios CEO Eric ’Wingman’ Peterson. “We had about a thousand play-throughs last weekend and not one person gave the game a thumbs-down.”

Today, Descendent Studios is releasing a playable version of the game to a group of especially-dedicated backers known as the “Advisory Board.” Members of the Board have already assisted the developers with a number of important tasks, among them, verifying the flight model for the game’s spacecraft matched that of the original Descent game.

In the next few weeks, the Descent: Underground pre-alpha will be made available to backers who pledged for “Proving Grounds” pre-alpha access and members of “The Underground,” a club that gets insider access to learn more about the studio’s game development process. More information is available on the company’s website at www.descendentstudios.com.

Descent: Underground is scheduled for release in March of 2016 on PC, Mac, and Linux.