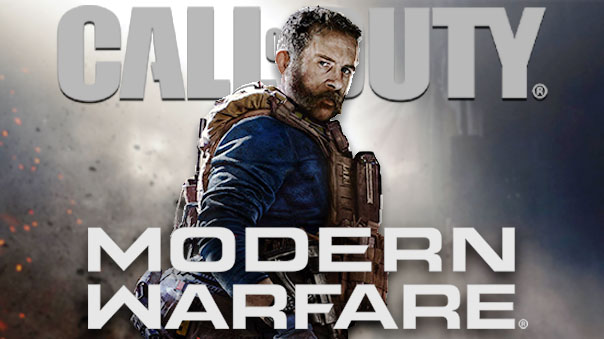 Call of Duty: Modern Warfare makes a triumphant return to their heyday roots of 2009 with a slower, grounded, and more methodical experience blending rose-tinted nostalgia with contemporary improvements.

Going back to the established Modern Warfare era of Infinity Ward games is tricky thing. The gaming landscape has changed considerably in the past decade; what worked then wouldn’t necessarily work now. However, this entry in the series has proven once again excellent core gameplay is all that’s necessary to survive and thrive in a super-saturated market of first-person shooters.

Back in the Saddle

Playing a military FPS has never felt so good. Initially the removal of aerial abilities and high-tech weaponry seems like two steps back, but the exceptional execution of basic concepts makes up for a lack of new and unique systems.

At a glance it all seems virtually the same, but digging deeper reveals a polished and thoughtful product distinctly different from the competition. A particular example lies in the movement. You are slow, dreadfully so. Moving from side to side is glacial, and pushing forward is a bit sluggish even with the double speed tactical sprint. This results in your positioning being the most important part of your tactical considerations. Gone are the days of ridiculous amounts of mobility; if you run around aimlessly you are bound to be eliminated the moment you hastily leave safety. Repositioning has consequences and keen players will be able to shore up their risk while exploiting the vulnerabilities of those not yet accustomed to it.

Following up on the one-two punch of fundamental mechanics is the comfortable and accessible gunplay. Shooting the guns feel fantastic, top to bottom. There’s an intensely satisfying feel of feedback and control on each of the diverse weapons that go hand-in-hand with the restricted movement. Learning and mastering the nuances of your go-to weapon is more important than ever since you live and die based on how well you can aim, shoot, and manage recoil.

Written By Teenagers for Teenagers

In short the singleplayer campaign, per usual, is almost worthless and not worth your time. I would go as far as to recommend avoiding it entirely. It’s actually incredible how terrible the gameplay, writing, and narrative are to the point of being baffling.

For starters, nearly every mission is the most barebones of shooting galleries to the extent that you might as well be a camera-man following the main characters. There are occasional mix-ups in the formula, such as directing drones or calling in airstrikes, but it’s all so forgettable and largely unimpactful as a whole to be pointless. I actively dreaded loading up the singleplayer knowing I would have to commit up to thirty minutes at a time slowly following other characters meander across an environment.

Unfortunately, it only gets worse. From start to finish Modern Warfare has only one surface-deep message to preach: war is bad. By the way, did you know, war is… bad? But do you really get it though? The writers at Infinity Ward certainly don’t think you do, so here’s around five hours of beating you over the head with tactless and tone-deaf scenarios showcasing just how bad war can really be. Its like they had a quota of atrocities to fill and went down the list making sure each one got its moment in the spotlight. Chemical weapons, check; an IED blowing up an allied forces vehicle, check; televised execution, check; waterboarding, check; enemies posing as civilians; check, underhanded blackops/wetworks, check; suicide bombers, check; and the list goes on. I don’t have a problem with a video game attempting to tackle sobering issues, but you’ve got to take the subject matter seriously in first place or else your consumers certainly won’t. They try to handle too much in too little time and it comes off as emotionally manipulative and naive.

For example, there’s a particular sequence in the game where you capture a terrorist leader and begin an interrogation for information. Pretty standard stuff. Then things take an unexpected turn when you bring in the dude’s family as leverage to get that info. Now this is interesting because it’s not unusual for the “bad” guys to use such ploys, but never the good guys. It’s narratively engrossing to have the protagonist make difficult decisions for a noble cause, right? Wrong evidently. They move past it pretty quickly save for one person mentioning how messed up that plan was only for Hollywood action-star Captain Price to respond with some edgy quote about how someone has to get their hands dirty and it might as well be them. That immature response perfectly sums up how flawed the writer’s approach to this material is. 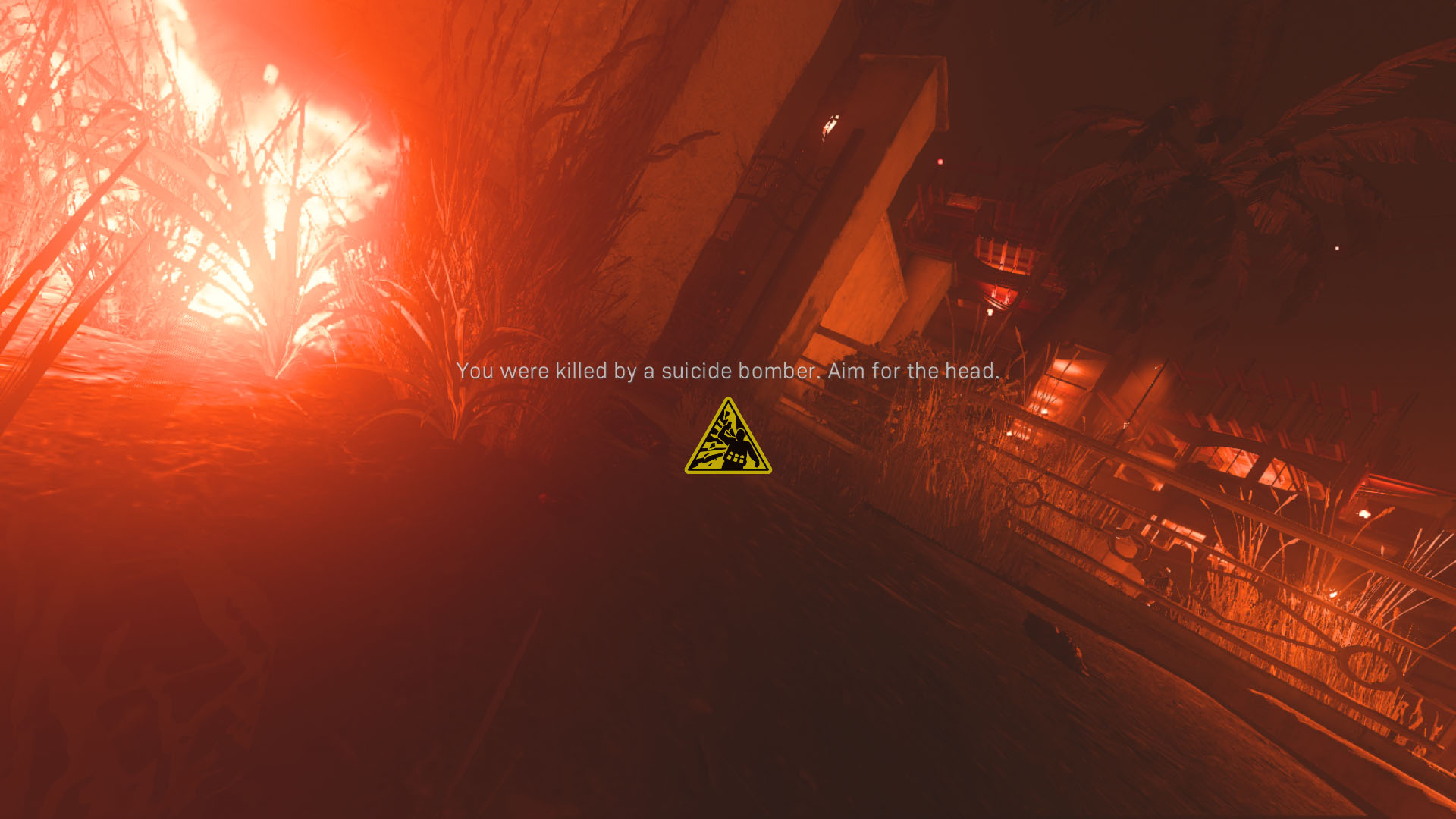 Along the journey you encounter several people doing their best in a terrible situation. One fallen hero in particular unleashes a batch of chemical weapons to win a losing fight and effectively becomes the very thing he sought to destroy in the process. This theme runs parallel to the antagonist Barkov, and your team as well to a certain extent. However, there is no satisfying conclusion or expanded messaging to be found anywhere. For the “good” guys doing terrible things there are no consequences or punishment for their actions. At the end of the game a war criminal has tea, plans their next operation, and displays a bit of fan service before rolling the credits immediately after.

One could argue this is in some way a 4th wall breaking meta-commentary about how the ends justify the means for us, the victors, but not for them, the losers, but I sincerely don’t believe they were going for that due to the mishandled scenarios encountered up to that point. They didn’t care to have or tell a message, they only want to shock the player with terrifying real-world situations. This is “No Russian” from Modern Warfare 2 repeated over and over again across an entire game.

So Anyway, I Started Blasting

Ever since COD4, the multiplayer has been the make it or break it part of most players’ experience, mine included, and thankfully it’s damn good.

The dialing back of player mobility is a double-edged sword. On one hand, nobody likes having things taken away, so ditching boosting and high speed feels like going backwards – and it is, but for a tangible benefit in a different direction. Moving without looking will get you killed. You must play more carefully checking corners, sight lines, and predicted points of conflict now more than ever. Of course, the same can be said for other players as well, which makes it all work. Getting kills feels much more rewarding knowing how strict your margins for error are. Further, since killstreaks have reverted to their namesake, the only way to access the powerful in-match rewards is by conforming to the classic system, not working around it.

Pick 10 is no more and my builds are better for it. Maybe my recent time with Counter Strike: Global Offensive has colored my opinion, but I’ve learned to make the most out of and appreciate tactical grenades more than I have in previous installments. I’m happy to be able to accommodate flash, stuns, or smokes in every single loadout I equip. Before, you had to make painful sacrifices for anything you brought out. Want to have a good gun with tons of attachments? Better forget taking perks. But now I get to have my cake and eat it too. I can totally see being frustrated by the lack of build diversity, but I’m having a much more fulfilling experience by having readily available access to more options instead of less.

In addition to uncompromising loadouts, you’ll also have field upgrades at your disposal which are this title’s specialist replacement. Instead of everyone taking turns being overpowered with game-breaking skills, you get one recharging ability that is at best mildly useful and at worst something to be ignored entirely. I initially disliked this system since it seemed like an unnecessary concession from Black Ops 4, but it definitely grew on me the more I played and adapted the activatables to my playstyle. For example, I like to abuse claymores and the best way to do this is with the ammo recharge field upgrade capable of replenishing your explosive ordinance every few minutes. It’s purpose isn’t to hand you eliminations or wins on a silver platter, only to enhance what you’re already doing.

Surrounding these primary changes lie everything else. Largely there isn’t much of note here: it’s everything you’ve come to expect and maybe a bit less. Cosmetics have taken a bit of a back seat instead favoring a wealth of gun customization and appearance-altering operators only unlocked after completing specific achievements. Also seeing a minor shake up are the maps, which have been designed a bit differently than before, opting for rounded designs allowing for more dynamic matches where points of conflicts are less predictable.

The Spec-Ops cooperative mode is more than I was anticipating, but that isn’t saying much. Basically you and three other players spawn in or parachute on a large map and complete a series of objectives while fending off enemies arriving en masse.

To help you survive you’re given access to a customizable loadout featuring your desired weapons, an active and passive role-assigned ability, as well as the option to include deployable bonuses such as ammo, armor, grenades, or even a killstreak.

It’s the kind of game mode that appeals to a particular demographic that I’m not part of, but still enjoyed due to the surprisingly level of difficulty and the unexpected depth as a result. The fairly steep learning curve accompanying these missions forced me to reconsider my approach in a meaningful way. If you could blaze through it with a bunch of randos on your first try I would play it once and never touch it again, but the strategic choices you make before and during a run are essential to success. For instance, do you really want to take a claymore over a semtex when you’re constantly on the move? Alternatively, a placeable sentry might be just what you need to get past a particularly troublesome defense section.

While the featured sequences are pretty dull – Mile High Club inspired segment included – I feel there’s a lot of potential for making this mode a live-service styled experience where you can come back every few weeks or months for exciting new challenges and other goodies. For the most part though, I believe this is a space carved out for streamers and groups of friends in the vein of what Grand Theft Auto V offered with their heists.

Call of Duty: Modern Warfare retreads old ground in the hopes of calling back to the good old days and does so in the most spectacularly polarizing way possible. If you can ignore or forgive the Shock and Awful approach to the singleplayer, then there’s still a lot to appreciate here.

Although everything you’ll encounter is largely uninspired and derivative, Infinity Ward has managed to beautifully execute on the moment-to-moment gameplay in a way that will keep me coming back despite the over abundance of stellar competition.