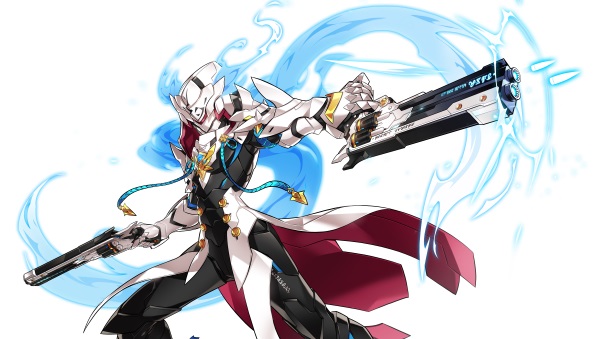 I had the pleasure to chat once again with the KOG Games team about Elsword‘s new content update! I sat down with GM Moshup (VP) and GM Pie (Product Manager) of KOG Games about the forthcoming update to Elsword, as well as some super secret stuff that I cannot quite divulge yet. As far as what is heading to Elsword beyond this update? Think back to the grittiness of the Masters of Darkness. A great, grim darkness, if you will, just might be on the way. But let’s focus on the present! Let’s not worry about that looming shadow on the horizon, that’s no fun. It was just a few months ago it seems, where we talked the upcoming 3rd Job update, the Elsword Animation, and so many other things. This is a further update beyond that, where the 3rd Job for the second path for every character is on the way.

This is the second part of a three-part update series, affecting every single character in the game. One of the things that people often worry about, as new characters come out for character-based MMOs, is that as new characters roll out, those OGs, those original characters become forgotten, less popular. That was something that definitely happened in Elsword, and this update will without a doubt remedy that. For example, when Ain came out, it was very clear that power creep was entering the game. Power creep is the notion that as new content arrives, the old content becomes less useful, less popular. They just didn’t stack up compared to the newer characters. “What about Elsword?” someone might ask. He’s the main character! If you’re good with Elsword, he can still put up a fight and still be a threat. But the visual details, the abilities, the new code, it just isn’t stacking up to the newer characters. 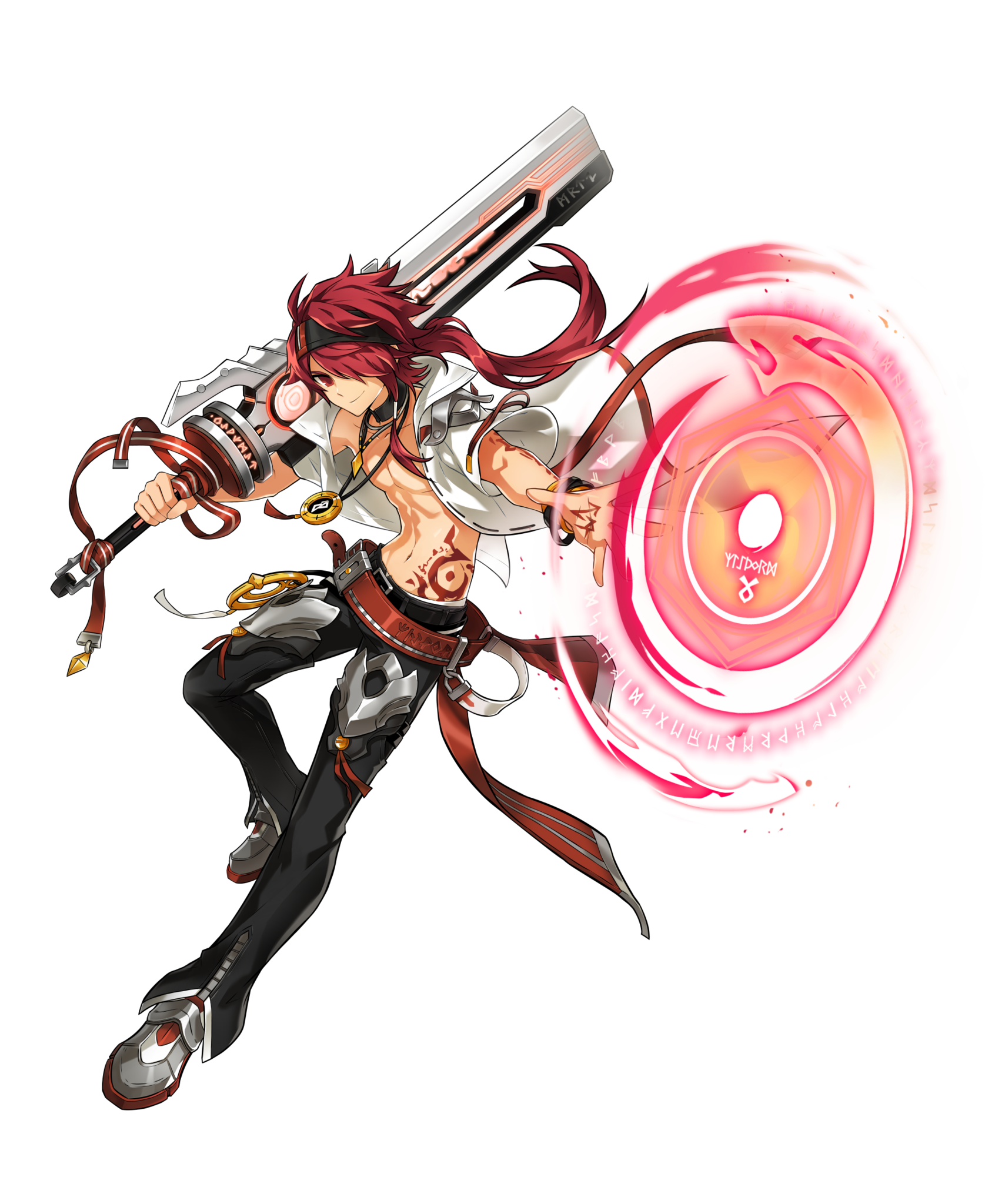 Elsword Looks like he's about to drop the hottest album of 2018.

While the original characters are cute and cool looking, these new job classes will give them a look that will wow even the most hardened veteran of the Elsword universe. Elsword, for example, in this new form, is going to be right out of a Kpop video! Ripped, he’s got abs, the open shirt look, just cool as you please. He’s a swordmage now in this form! He’s got the melee power, and the magical power, but lacks the tankiness of his old forms. He’s got a new look, a new style, and is now popular again. Everyone is going to be relevant again with a new look and a new feel. The first part of this update was apparently just what the doctor ordered, because eyes on Elsword exploded in both Korea and America when the third job system came on the scene. In Korea, this put Elsword in the top 18 games in Korea. Bear in mind, this is a ten-year-old game there (seven years old here), so that is a huge boon to KOG as a whole. It was also on the Steam Main Rotator, so Elsword’s name was back in the forefront of the biggest digital game outlet.

The first part of this gave the birth to the third job for each character. It took a little longer than intended to get to the second job, but it’s here. This is a more thematic update though. The first one was this globe-shaking event that changed how every character potentially can play forever. This has been in the works for a very long time. One of the interesting things about Elsword though is that each of these new jobs, these new paths if you will, you basically have a whole new character to play with. Each one plays differently. Say, for example, Elsword’s Infinity Sword line vs. his Runeslayer, or his Lord Knight line. Each one controls in a wildly different way. So the base game has 12 characters, but with this update, it’s technically moving up to 37 characters. This creates a whole new world of possibilities for players of this MMO. You might not have found a character that clicked with you yet, or a style of gameplay, despite liking how a character looks or feels. This will open those doors wide and give even more options. 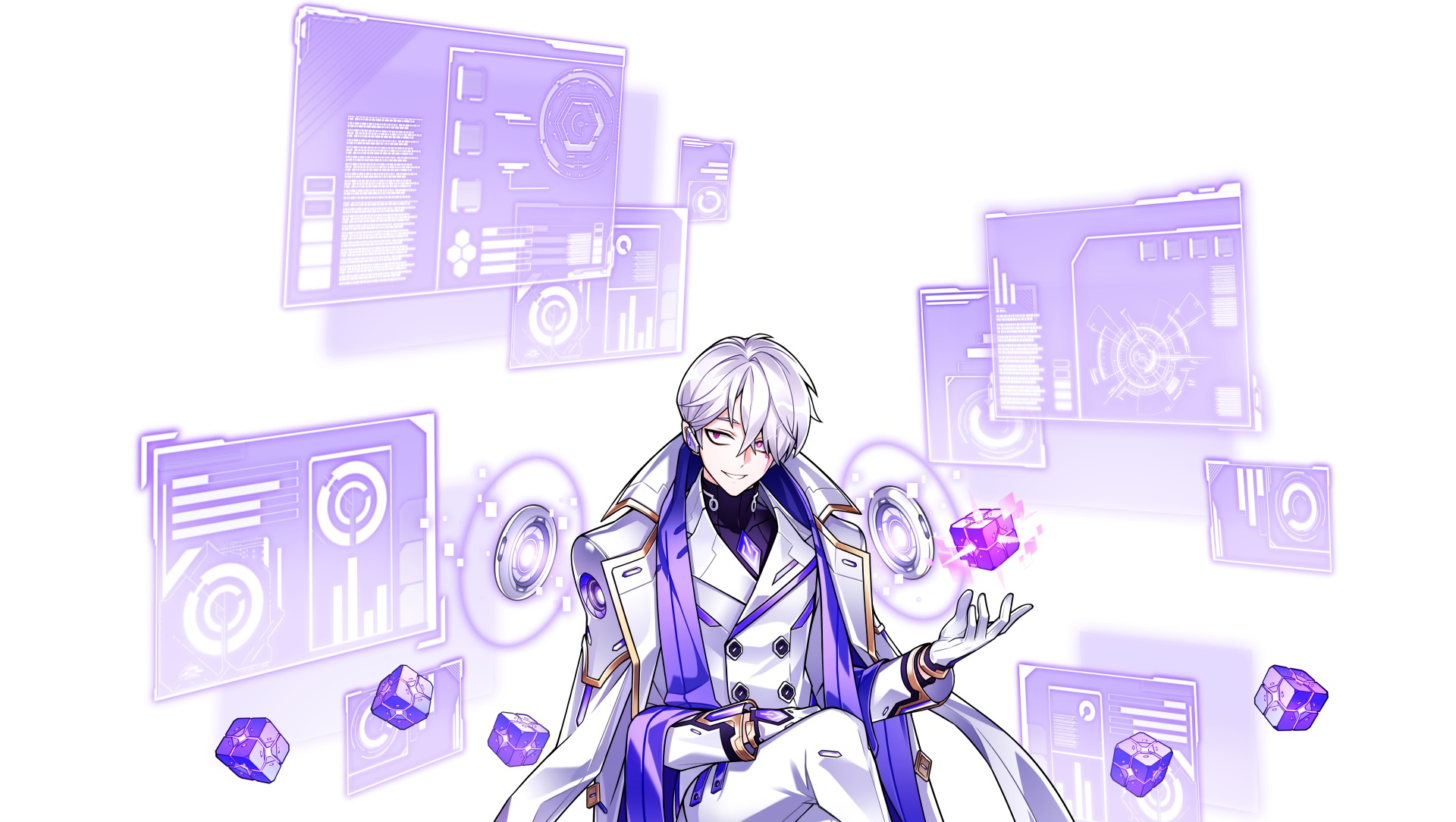 This is definitely a cool look for my first main, Add.

So what about those people that leaped onto the Third Job, First Path update and tried that and decided that maybe it wasn’t for them? Maybe they want to do something a little different? One of the things I wondered is if they would have to simply make a new character to try that new job out. However, I learned you can roll back and pick the other if that’s your desire. Whether you do it the old-fashioned way or spend real money in the shops, that’s entirely up to you. What I liked is how easy it will be during this update to level. The leveling is going to be absolutely crazy, with double exp and tons of bonuses for a new character (not to mention a character that’s been idle for a month also can still get in on that action). The pre-event going on now has incredible exp boosts as well, but to get the most out of it, Wednesday is the day to start. The actual event will last for two weeks.  It’s not going to be some horrific grind to max level, to reach that eventual third job class. So, for those new characters/returning characters, make sure to give it a shot on Wednesday!

Once the path is unlocked, what’s next? After you’ve finished your intro story, follow the job path you want. For that new second path, it will be free to unlock once you get there during this event, so you won’t have to go through the job quest to access this new content. Once you get to level 99, you’ll be able to unlock that third path when it’s available. At level 15 as normal, you pick the first path (first/second/third job). Last time, it was that first job path. Now, it’s that second (level 35), and later on will be the third (end-game). One thing I definitely like is that you aren’t hard-locked into that route either. If you decide this one isn’t quite for you, and want to try a different path when you reach that next milestone? Do it! There’s nothing stopping you! Some jobs just won’t appeal to people, and that’s absolutely fine. I appreciate that it allows players to take what appeals to them at all levels of gameplay.

That third update will be “soon (™)”. It won’t be that long of a wait, that’s all I can say. Now you do have to wait from 35-99 to reach that next job. That might seem like a gigantic chasm right now, but they’re making it much easier to level, to hit that end-game, to see the new content and unlock that new power. It’s going to be worth the trip, trust me. Plus it’s insane, fast-paced anime action: what’s not to like? There’s also the Transcendence upgrade also, which gives new skills/power, so you become more defined as a character as you grow. It opens up an incredibly large amount of new ways to play and new content for every character. Because with a game as old as this, the fear of getting stale is very real.

The further details of what’s coming next I can’t quite go into yet, but I recommend you stay tuned! As more details are able to be spilled, we’ll gladly tell you what we know. This is the absolute best time to jump into Elsword, whether you’re brand new or are familiar with sidescrolling action MMOs. The leveling will a lot easier, and if you’re worried that it will take forever, don’t worry. Try a new character that you’ve never played before! Raven stomping your face in PVP and you want to see what all the fuss is about? Now’s the time.