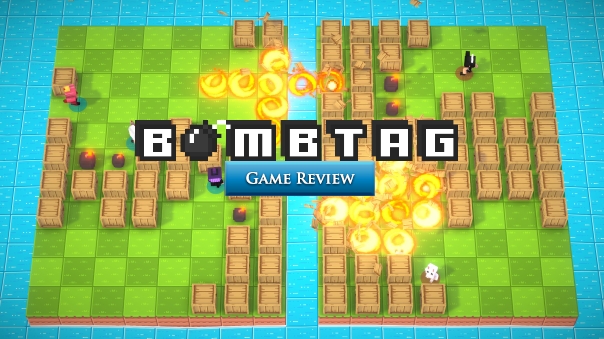 When I was a kid, the Bomberman games were one of our home’s staple games to play whenever we had friends over. We sank a lot of weekends just bombing each other to bits. While the game has resurfaced on the console market courtesy of Konami and HexaDrive, us PC users were never given the opportunity to get back Hudson Soft’s bombing game.

At least, we never realized we were looking for one till BombTag came in.

BombTag is a free-to-play game for Steam created by David Schneider. The game is an online-multiplayer game that got its roots from Bomberman. If you’re a fan of any of the Bomberman games, you pretty much get what the game is all about. 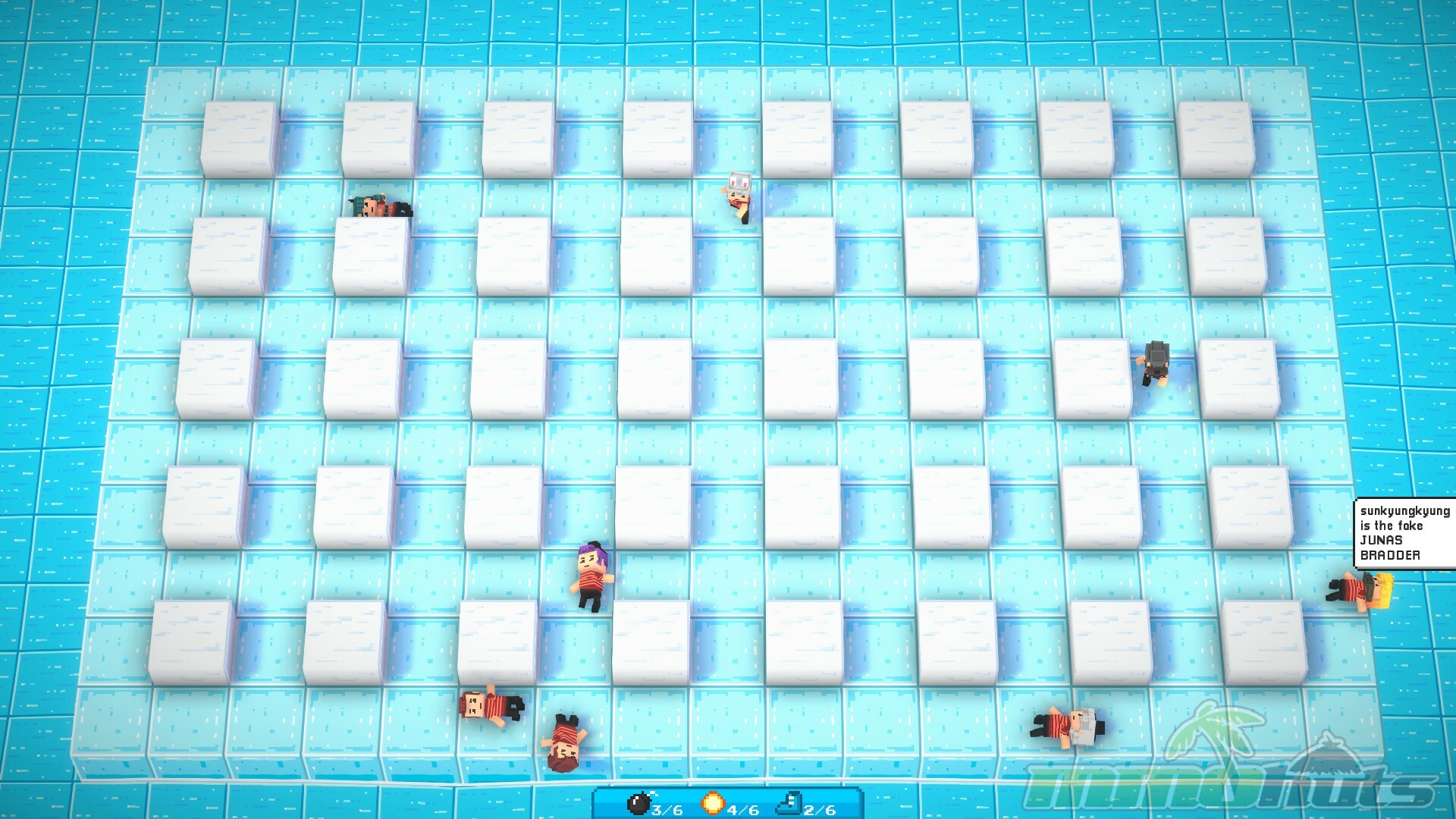 BombTag, as the game title indicates, is a game that focuses on having players bombing each other in a grid-based arena. 8 players will have to eliminate each other by successfully bombing them with the bombs that drop in the field.

All players start off with being able to drop only one bomb and moving at a certain speed. Players then need to clear the crates in the field.  Randomly, the crates will provide power-ups that increase bomb damage, increase the number of bombs dropped, and the movement speed of the avatar.

The game currently has two modes: free-for-all and team matches where friendly fire is activated. Players can also choose from six maps to fight on. The last man standing is the match winner.

Matches in BombTag are fun, frantic and chaotic. Solo free-for-alls are really fun even if you’re jumping into random rooms and joining public matches. But, just like Bomberman, BombTag is best enjoyed with friends especially if you have voice chat on. 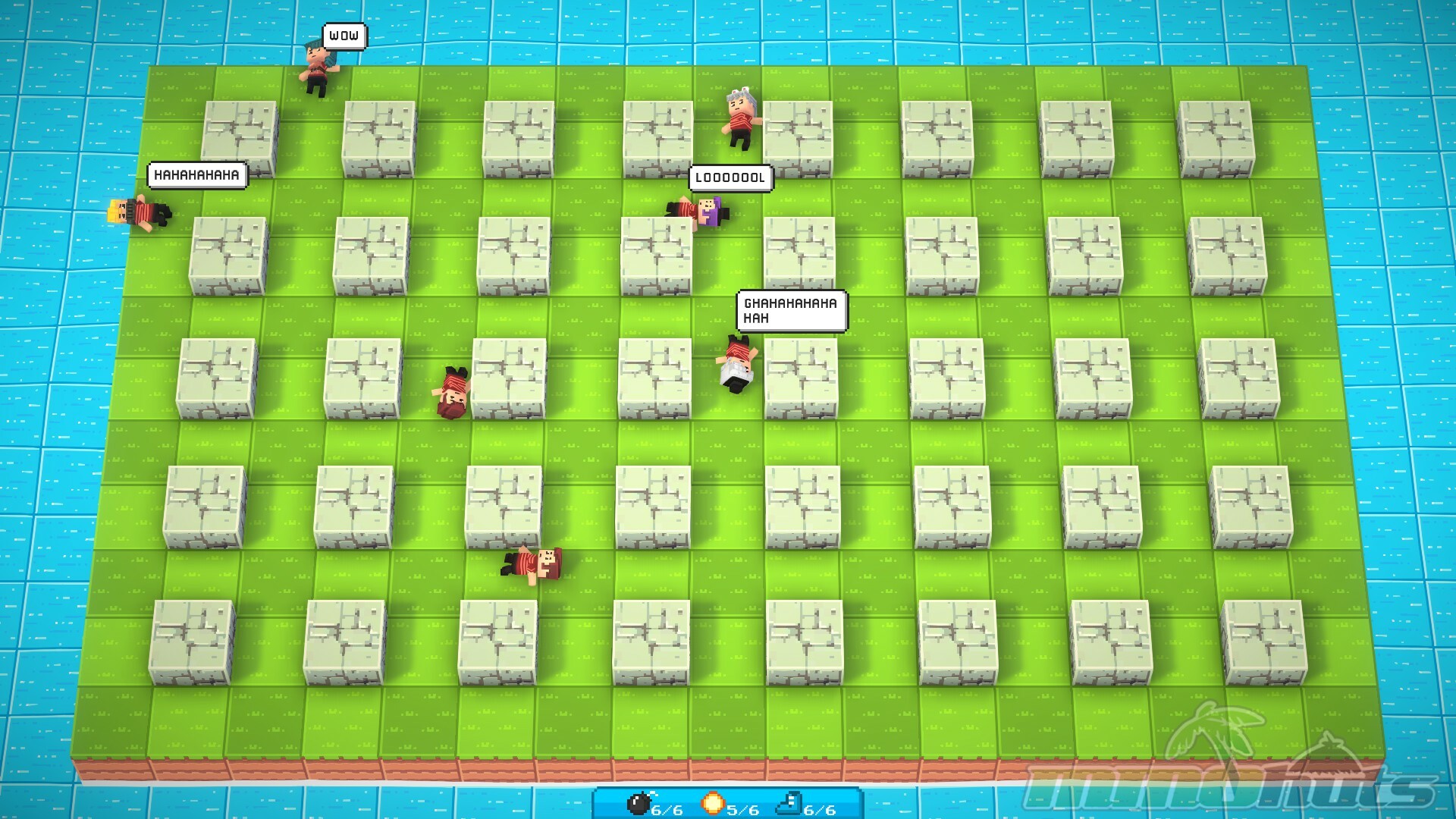 Team matches on the other hand are in fact more chaotic than the solo free-for-alls since there’s no option to turn off friendly fire. There have been more than a few team matches that I’ve actually accidentally bombed my teammate instead of the enemy which cost us the game.

David Schneider, the developer of BombTag, seemed to cash in on the controversy of loot boxes by promoting that BombTag doesn’t have a loot box system implemented. With just 10 dollars, players can unlock the full customization features of BombTag, and that’s the only cash-out you’re going to do in game.

I like that Schneider allowed free-to-play players to have a few customization options to choose from to at least make their characters look different. This is pretty nifty since if this developed by a different company they would’ve milked every option for players to bleed money.

Avatars in BombTag looks like avatars from Minecraft with the blocky design. However, the avatar’s design allows enough options for people to customize their avatars to their liking. 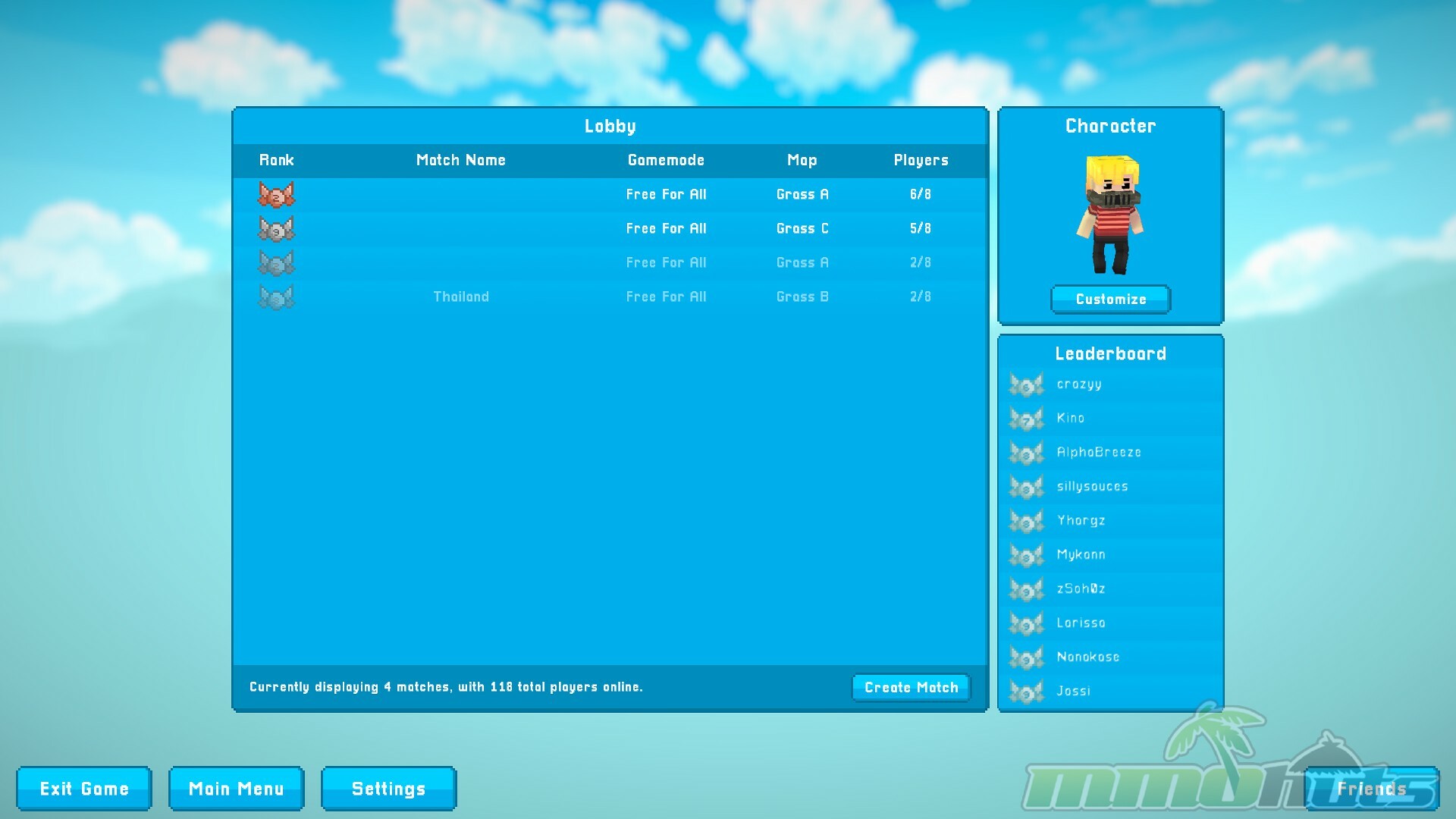 Customization in BombTag is diverse, with Schneider promising around 800+ customization options for players to choose from. You can change eight parts of your character which are comprised of the hair, the facial hair, head design, upper, mid, and lower bodies, and arms and legs.

The game also has the preset option feature which allows players who don’t like to accessorize created avatar presets that they can use immediately, as long as you bought the customization pack.

Conclusion: Great (4.5/5)
BombTag is a good Bomberman type of game, though the game requires a bit more work but it’s a diamond in the rough and I can’t wait for what’s in store in the future.

However, there are still key game elements that the game seems to lack, such as a match timer. Matches can really drag on, especially if it’s only 1v1. I would also like to see some power-ups from the original Bomberman games being used in BombTag such as the ability to punch other players directly, or grab or throw opponents or bombs or even mounts (this was later added in later Bomberman games). 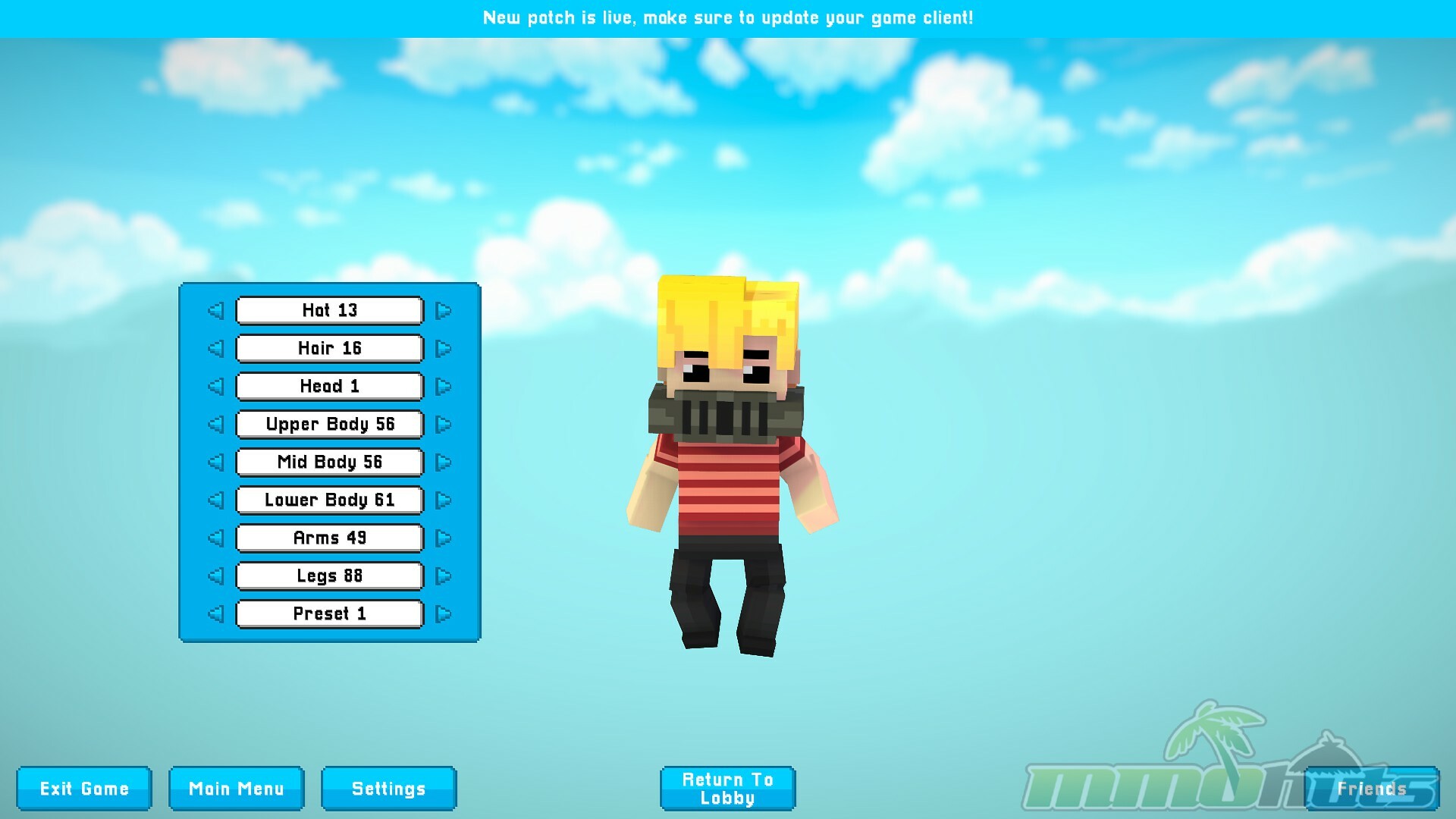 With that said though, the current game selection and game modes are enough to have people enjoy BombTag for hours on end. With the promise of the game getting more updates down the line, I’m actually excited on how far the game will go.

I also love that the free-to-play feature allows people to invite others and get into the game easily and you don’t have to necessarily have to pay to enjoy the game. Of course, if you really want to support the developer I’d highly suggest you get the customization pack, it’s not even that expensive, and in fact the pack provides a ton of options for you to make your avatar your own.

Overall, BombTag is a surprising free-to-play game that I am that happy to get into. It’s a game that has solid gameplay and properly reinvigorates the seemingly dead Bomberman style of game. I love that David Schneider went with a non-threatening and non-loot box type of game monetization system. In fact, this monetization system made me want to support him all the more.

I like that BombTag feels like a complete game even if it’s a free-to-play title especially with the current trend of half-baked games getting released left and right. BombTag is a refreshing experience because the game doesn’t feel like you are getting scammed out of your hard-earned money. Even with the game features being basic as the can be, I like how the game just provides the whole experience of bombing each other and slide kicking bombs to one another a good nostalgic throwback to my younger years as a gamer.

If you’re nostalgic for Bomberman, or you may want to understand why Bomberman was such a great game, BombTag is the game for you.