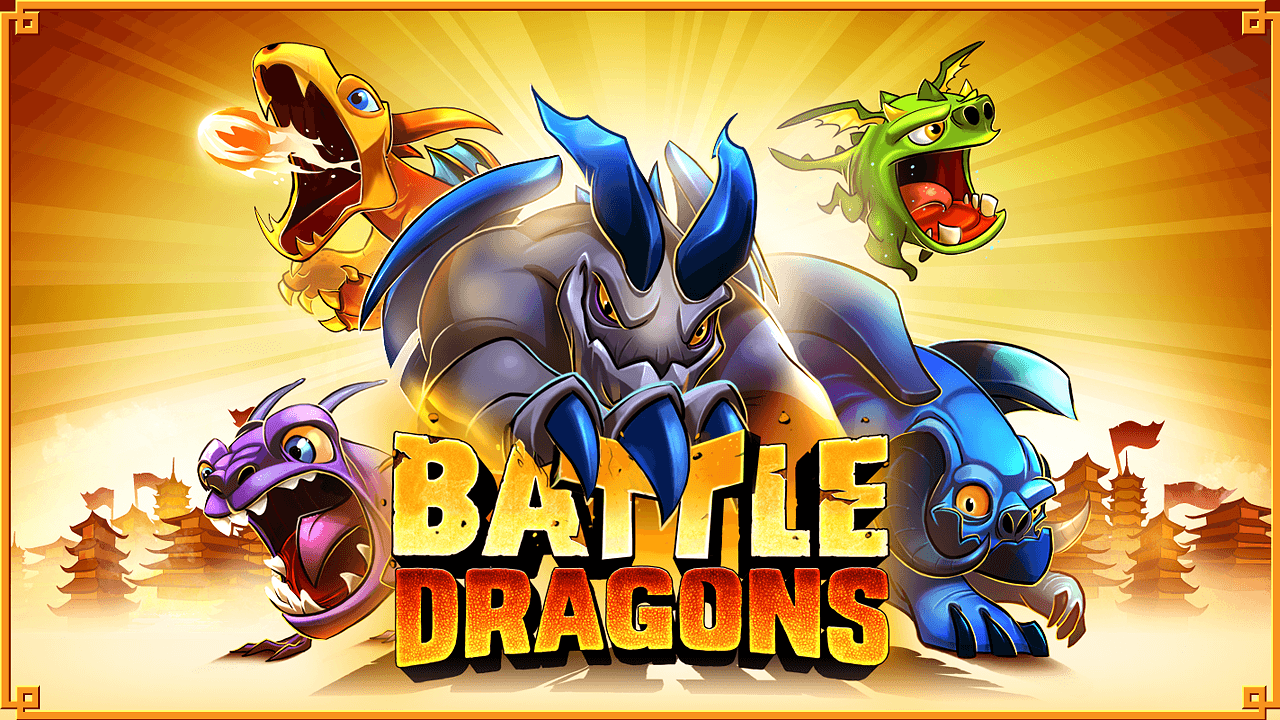 Dragons are back in style! While a popular topic of campfire conversations for eons, lately it seems like every other game I review has dragons at the core. As such it was no surprise to me to see my next assigned review was Spacetime Games latest mobile allowing you to unleash your inner dragon while battling along thousands of other tribes. Battle Dragons is a strategy title for the Android that also launched to the iOS just last week!

In Battle Dragons you will fight alongside the legendary flame spewing winged lizards. But beyond the typical red and fiery dragons, there are a wide variety of dragons carrying some pretty unique special attacks to further differentiate them. But before worrying about filling out your dragon pokedex, you’ll need to learn the ins and outs of maintaining a tribe. You will start out with a simple Dragon Hall and some surrounding buildings to create sheep and money. You must be thinking, sheep? What is he talking about? Well your dragons need to eat right? And since god gave us sheep, they are a delicious snack for your troops. Your tribe is the keystone to your dragon empire as you’ll need its help to establish a Fortress to protect the peaceful citizens working your gold mines and sheep ranches. These places can all be attacked by your rivals, so focus first and foremost on defending them with everything you have. 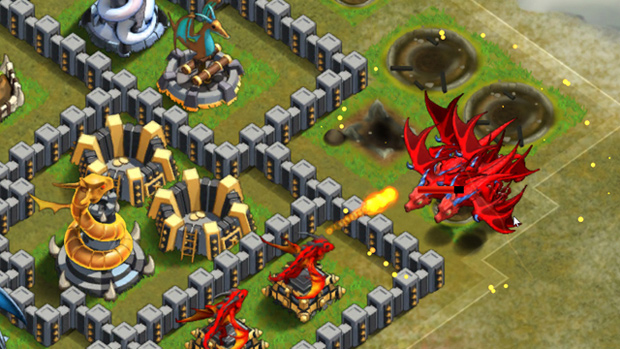 You can really see Battle Dragons shine while attacking a fortress or tribe. Here is where the strategy elements come into play. The dragons you breed and train to join your troops can be deployed anywhere around the map. And thus your fortress needs the most optimal defenses. You do not want to leave a ‘hole’ in your defense, because a smart player will abuse that. Likewise when you are attacking, you will be looking for this weak spot. Since you are able to let your troops attack from any direction, you can really trick the enemy‘s defenses and find his vulnerable spot. You cannot simply place defenses around your whole town; this results in being vulnerable to a focused direct attack at one section. Ideally you want to set up a trap that makes your foe think you’re weak in one segment, only to spring on them when they force their primary forces into said section. These mind games really help flesh out the gameplay. Sometimes before going into battle I spent several minutes planning and looking for the most vulnerable place to attack. And since every unit in your troop has different abilities and specialties, you can spend plenty of time playing around with your own formations and army set-ups prior to the actual attack. 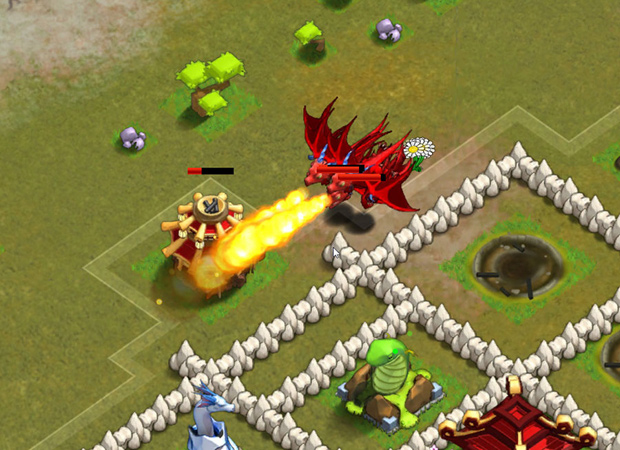 But war costs a lot of money. A bit too much as you may find yourself hesitant to even declare war unless it’s a sure fire win. If you take serious losses, it can be quite a while before you’ve saved up enough money and troops to attack again. And since this game is made for the mobile phone, don’t go into it expecting to find a title meant to be played multiple hours a day. Both your sheep corral and gold mine will eventually acquire resources over time. And it is up to you to collect these resources before both buildings are full and cannot store more. Buildings can be upgraded however, and with the sheep that you breed, and the money you dig up in your gold mine, you can use these to purchase upgrades. As you can see, the game is made to play while you are travelling or simply something you do while at work. You’ll quickly burn yourself out watching estimated resource acquisition times if you try to play it for hours each day. Though if you do have this type of addictive behavior, you can speed up the entire process via the cash shop. As in many other strategy games, if you do not have the patience you can throw around real money. Pearls can be purchased primarily to speed up building upgrades or rush the training of troops.

If you like to socialize, the game also offers you to join or make tribes. Tribes are basically player made guilds where you can play together and help each other out. It is also a great way to socialize with other players. You can contact your fellow tribe mates or even discuss the game with other players from around the world. With as wide of an audience as mobile games tend to bring in, you can usually expect some pretty diverse people from around the world to be there to chat with. It never is fun to play alone, and it is always a lot more fun to play under a banner, and the tribes really enables that within Battle Dragons. 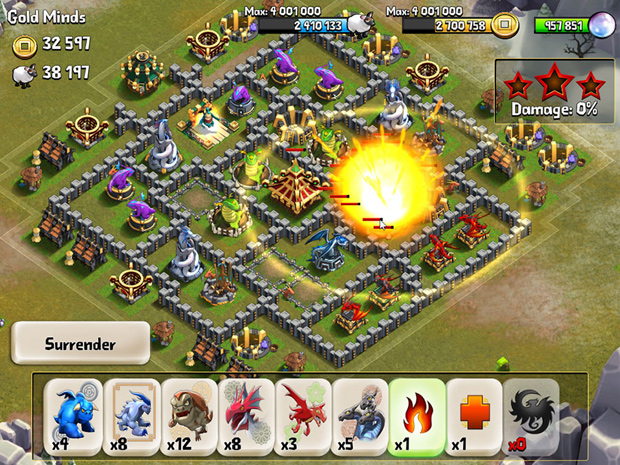 I have always said it. Mobile phone games show a lot of potential and focus heavily on the fun factor since they don’t have the spare client space for bells and whistles. From what I’ve experienced so far, Battle Dragons matches up against any browser strategy games designed for the PC. Dragons are creatures we have seen before, yet Battle Dragons brings them to life as unique tools of war. It’s a simple touch and some might say a gimmick, but the purpose they serve for a tactician is enough to keep us strategy gamers interested in the siege combat. Bringing down a fortress is seriously a difficult task to do, and it requires some great planning. The payoff of finally managing it is worth the wait and frustration of all your prior losses. If you are a strategy fan just like me, you should give this game a look if you have an Android or iOS phone.