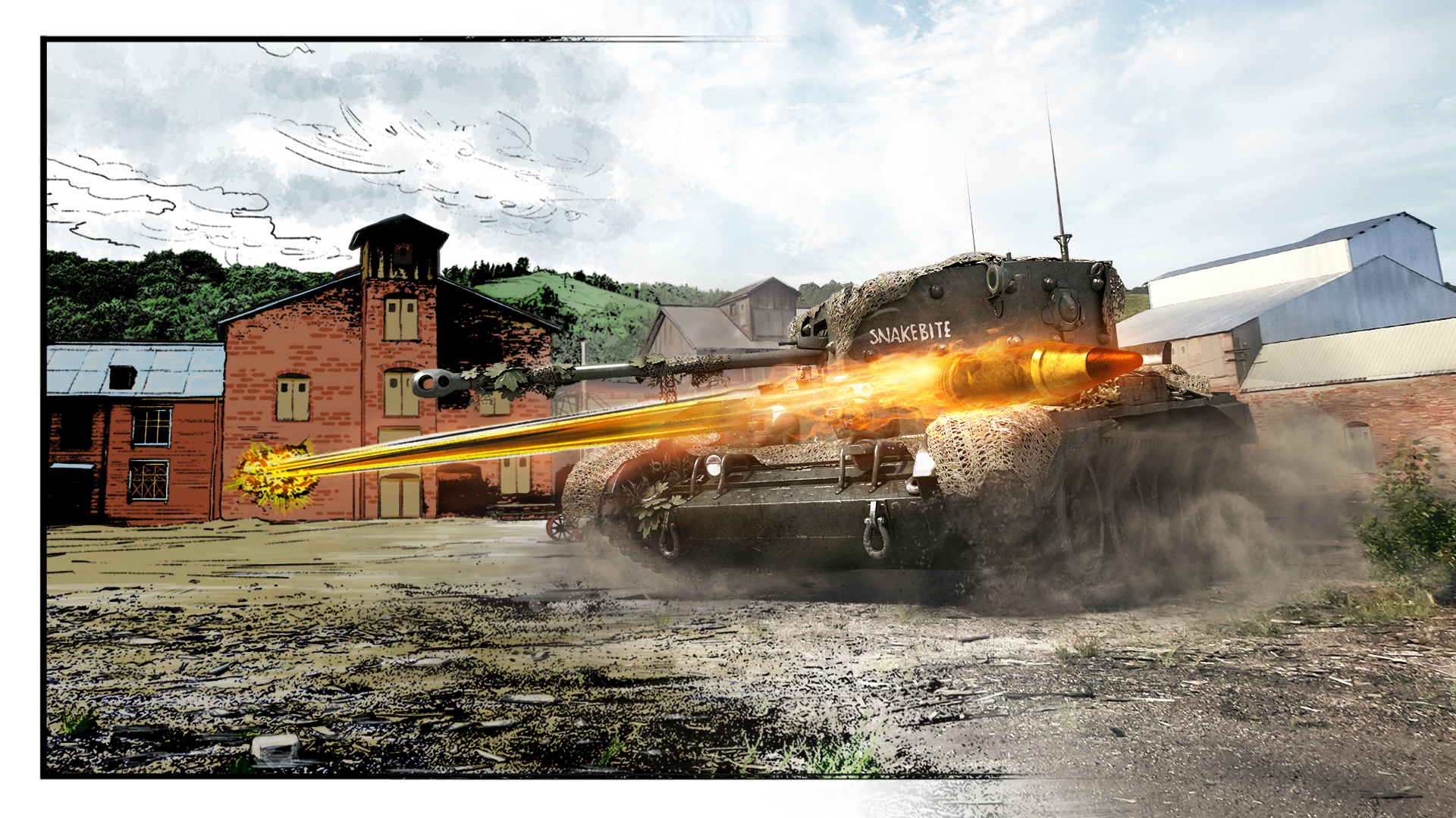 Wargaming and Dark Horse Comics announced today that the highly anticipated first issue of the World of Tanks: Roll Out comic series will hit comic book stores and digital distribution on August 31. The first ever comic book inspired by Wargaming’s massively multiplayer online game World of Tanks brings all the thrills, tension and armored conflict World of Tanks players demand. This hard-hitting story, written by Garth Ennis (Preacher, War Stories, The Punisher), is a historically-based war tale, skillfully illustrated by the renowned Carlos Ezquerra (Judge Dredd, Strontium Dog, War Stories Vol. 2). Each issue is wrapped in the epic cover art of Isaac Hannaford (Halo: Reach, The Punisher) and bursts with the explosive action found in the panels of World of Tanks: Roll Out.

The premier issue of armored combat debuts alongside the first in a series of in-game Premium tank bundles based on the iconic “hero” tanks from the comic book’s storyline. Now tank commanders can read the adventures of the valiant vehicles in the comic book and continue the campaign by playing the “hero” tanks on the Xbox One, Xbox 360, and PlayStation®4 versions of World of Tanks.

Set during the epic tank battles of 1944, which proved to be pivotal on the outcome of the war, World of Tanks: Roll Out follows a crew of young British tankers as they push deeper into post-D-Day Normandy, toward a battalion of seasoned German armored units. Flanked and tracked by the Germans at almost every turn, the inexperienced British tankers traverse a battle-scarred France while the danger around them escalates and the outcome of the war hangs in the balance.

“As we explored the idea of a World of Tanks comic book, the first priority was ensuring that we told an authentic and historically based tale of combat that was in line with Warming’s commitment to military authenticity,” stated Erik Whiteford, Wargaming’s Director of Marketing. “Having the leading writer in the war comic genre, Garth Ennis, and legendary illustrator, Carlos Ezquerra, as the creative team behind World of Tanks: Roll Out guaranteed the execution of a story in true Wargaming fashion; gritty and packed with realistic and pulse-pounding tank combat.”

As a part of the release of World of Tanks: Roll Out, the World of Tanks Premium Shop for console will be offering limited-time bundles featuring the British Cromwell, known as “Snakebite”. Pulled directly from the pages of the comic, the signature Tier VI British Cromwell light tank comes with the Snakebite Crew Skill, which improves overall accuracy. Nimble and highly maneuverable, this tank darts across the map, trading armor for speed, while still packing a powerful punch. Three individual Snakebite-themed bundles will be available on August 31.

World of Tanks: Roll Out comic issue #1 will be available, in English, digitally at Dark Horse Digital and in comic book stores in North America, Australia, Western and Eastern Europe on August 31, followed by four more issues of intense tank combat.