World of Tanks on Xbox Returns to the Moon 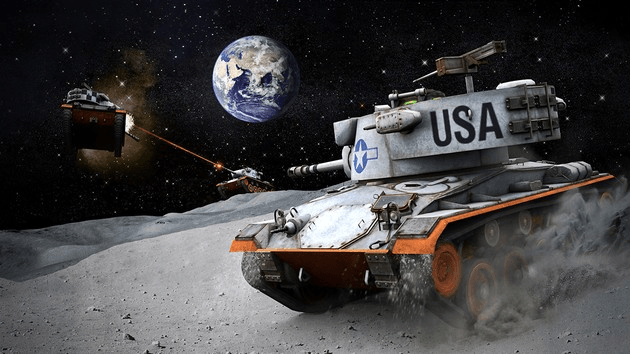 Wargaming today announced that in celebration of the anniversary of the historic Apollo 11 lunar landing, the wildly popular “Lunar Mode” has returned to World of Tanks on Xbox 360 for a limited time.

While more than 40 years ago man first set foot on the Moon in a bid for adventure and discovery, today marks a return to the lunar surface for the singular goal of combat. Starting July 17 and running through July 20, players who log into the game will receive the exclusive M24 Lunar, a Tier 9 medium tank built exclusively for combat in space. Equipped with a high-tech blaster, this tank is capable of distributing punishment of the laser variety, perfect for eliminating the opposition on unforgiving lunar terrain.

Players who choose to battle in the M24 Lunar will be transported to a lunar landscape complete with gravity one-sixth of that on Earth, providing ample opportunity for both out-of-this-world combat and huge tanks getting massive air. With Earth in the distance, players will need to battle hard to take back the Moon!