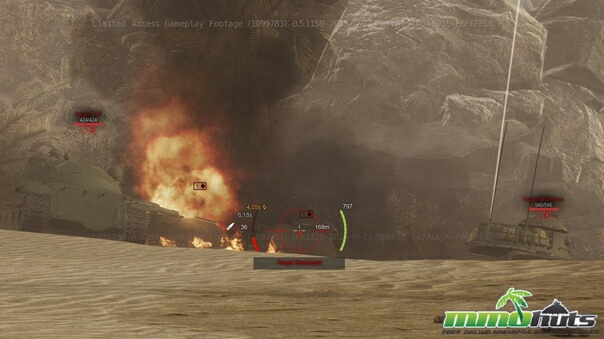 Not too long ago, Armored Warfare’s third Closed Beta event began. This beta was meant only to last until the 14th, but has been extended until the 21st of July so that more fixes could be introduced, as well as more testing of said fixes. This means it’s time to have another look to see how the game is shaping up. The star of this beta is definitely the PVE content, something players have been waiting for. So, let’s hop in and see what’s new and interesting! 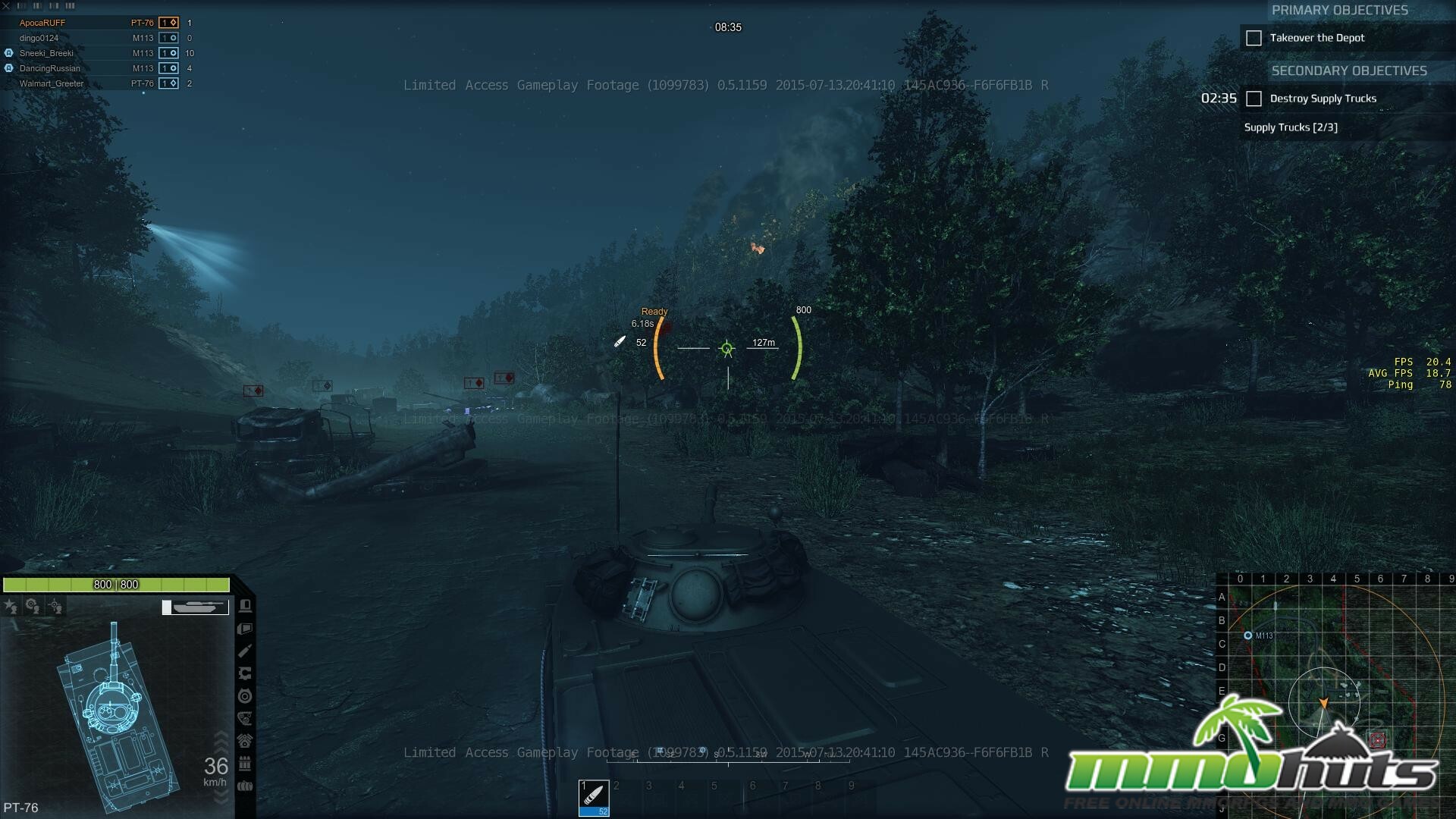 PVE content isn’t something you assume will be in a team-versus-team tank game. I mean sure, perhaps some basic freestyle tutorial to help you get used to a new tank, but not a full-fledged mission system. Personally, I’m looking forward to seeing how this mission system is fleshed out and whether or not it will become one of the main features of the game, or just something in the background that won’t be played very often. So far, I’ve enjoyed the glimpses into the world lore that the story-aspect of the missions provide. And, as I’ll point out later in the article, these glimpses are important and interesting rather than a waste of time as you might assume.

In most of the missions I played (though not all), enemies appear in waves. New waves appear almost immediately after the previous dies off. In fact, it was not uncommon for me to come across a group of enemies, take them out, and then see a new group of tanks simply appear from thin air right on top of them. Hopefully this will be ironed out and replaced with something more interesting and immersive. Like I said in previous articles, Armored Warfare excels at the cinematic aspect of tank games and having tanks appear out of nowhere damages the realism that the game manages to give me with their otherwise immaculate attention to detail. 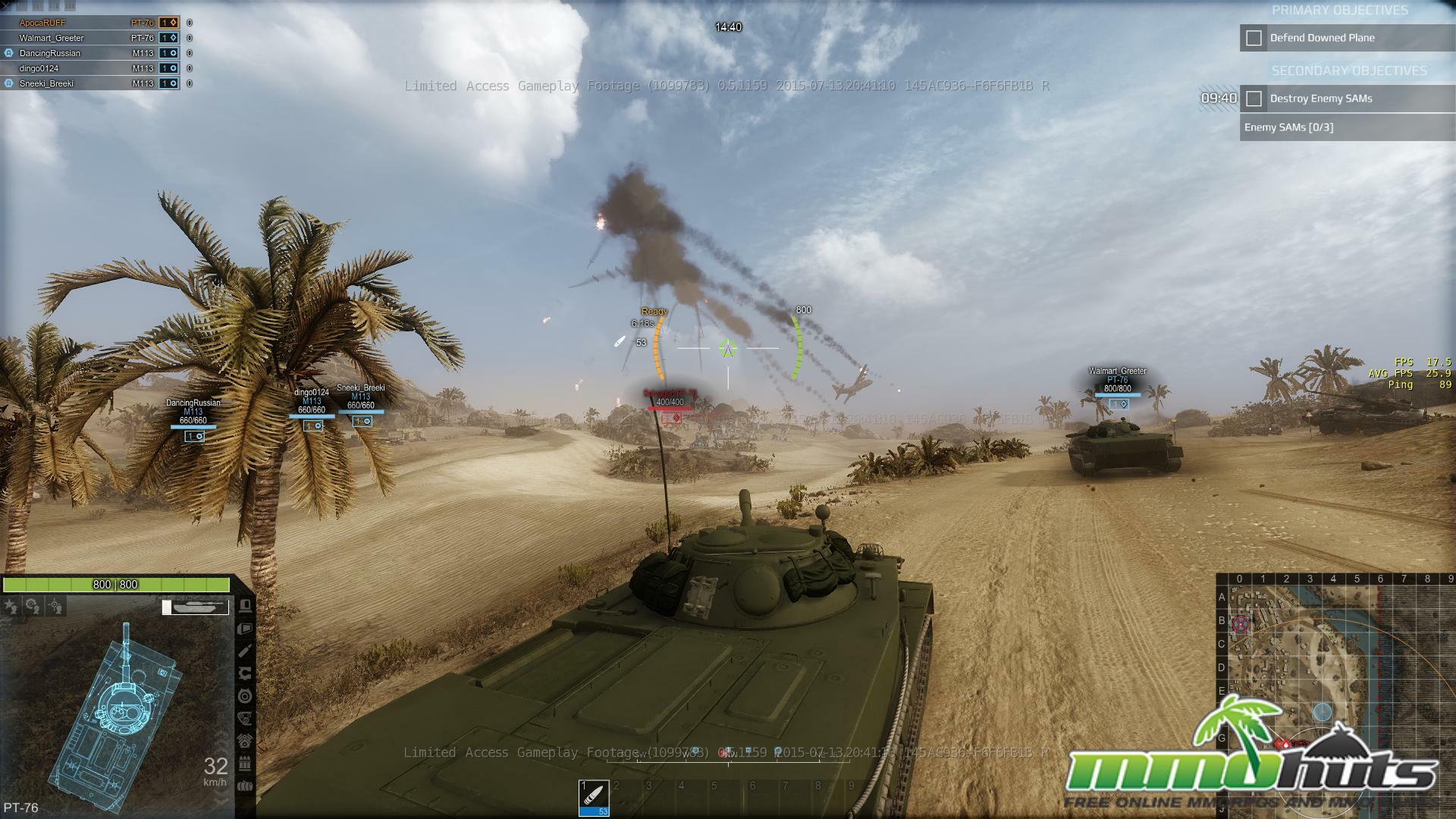 The story bringing in visuals instead of just script text pushes it up a notch.

Speaking of the game being cinematic, this PVE beta has continued to prove the quality of the Armored Warfare art team. The new battlefields look superb, with amazing sounds and lighting abound. Each map has something to set the tone, such as a jet launching or a cargo plane being shot down. Little things like sand blowing in the wind off a sand dune that you’re driving up bring the game to a whole new level that I didn’t realize I wanted. It’s stuff like this that cause the graphics in Armored Warfare to impress me and each new location is better than the last.

Other missions I experienced were a bit linear. You would start at one end of the map and blow your way through it, destroying enemies and objectives along the way. Unlike the other wave-based missions I mentioned before, enemies won’t respawn in these types. Another important factor, too, is the ability to select difficulty. This helped a tiny bit with my issues mentioned above, but not as much as I would have preferred. When combined with the massive increase of time to find a match when compared to the normal (default) difficulty setting, it just didn’t make it worthwhile.

AI is, for the most part, quite dumb. This is good and bad. Good because everyone feels like a badass when they’re able to blow up a ton of tanks without much effort. Bad because it doesn’t feel like much of a challenge. It seems like, at least for now, the devs have tried to cover up the bad enemy tank AI with numbers. I’m hoping they manage to improve the AI a lot before the game goes live, because I have a feeling that the PVE options in Armored Warfare are what will set it apart from other tank games like World of Tanks and War Thunder. 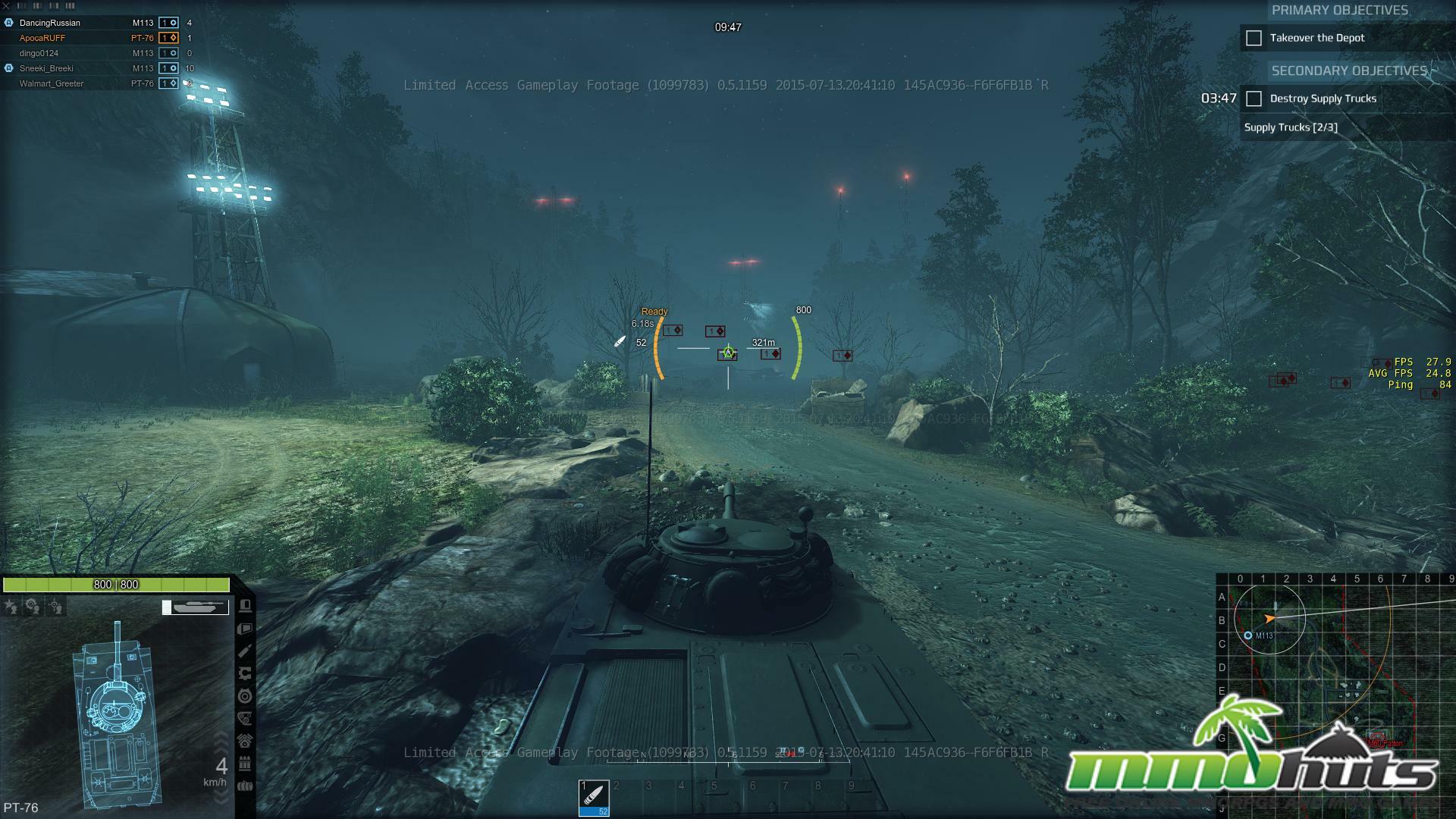 You can see the hordes of destroyed enemies that my teammates have cut through.

PVE Missions have a marginally interesting backstory for each. Usually, I would just skim over the mission text or simply ignore it – not many games treat them as something useful, only using it to impart a bit of flavor to the game for a smaller sub-set of players who take the time to read all the literature. In Armored Warfare, though, this is different. The mission text will include important clues into what you can expect in the mission. Sure, once you’ve played a mission a few times, you’ll know it by name and know exactly what’s going to go on. But during the first few times, it’s an awesome addition to the game, and I’m hoping that the developers can figure out a way to keep it relevant by either including a ton of mission content or include some kind of random generated content.

An example of what I mean is that if a mission text says you need to defend a downed plane so that you can extract intel on an enemy force. Keeping in line with the cinematic style of the game, at the start of the mission you’ll watch as a huge cargo plane is shot down, loses control, and crashes nearby. Then your team will head out to the objective to take on the hordes of enemies. Add two or three more steps to the mission that are randomly generated beyond that, and you will have an engaging PvE system that blows the competition away.

The Armored Warfare devs are definitely on the right track with the game. They probably won’t be able to match the incredible level of detail in War Thunder, but they’ve got their own cinematic art style that (in my opinion) makes up for this difference. On the other hand, I doubt that they can emulate the competitive scene that surrounds the ever-popular World of Tanks. So they need to slice their own piece of the market pie, and I feel like the PVE content (along with an overall more accessible game) may be their key to this. Whether or not the developers will fully embrace this is yet to be seen. I hope they do, though, as I enjoyed this early look at the PVE missions in Armored Warfare.