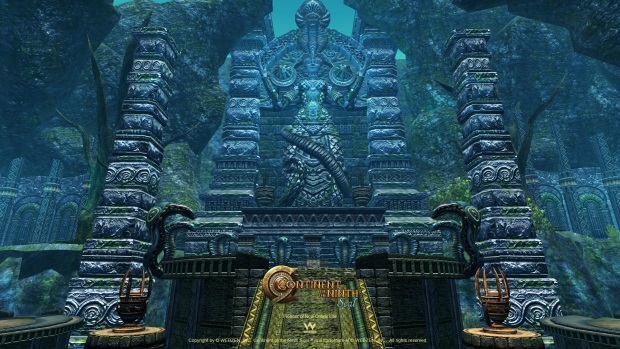 Featuring long-range magical attacks and incredible surges of strength, DEMONISHER is the fifth advancement within the Shaman class. Utilizing a mystical orb as her primary weapon, this character can launch powerful offensive strikes, while evading attacks from her enemies. By tapping into the power of the orb, she can transform into another being and inflict explosive damage on all those who oppose her. After transformation, the character’s speed increases and some of her skills are strengthened. DEMONISHER can also assist her allies in battle by enfeebling her enemies.

The Ikejan Mages, an ancient order that has protected Glenheim, sought a way to maximize the connection with the spirits to defend the Sixth Continent, Raebin, from invading monsters. To achieve this, they developed a new magical tool to communicate with the spirits called an Orb. Instead of connecting with the spirits, the Orb reacted unexpectedly to spiritual energy and created a new source of power, unlike any other. Some of the Shamans craved new power and became obsessed with the Orb’s ability to tap into the power of souls rather than spirits. However, the other Shamans objected to the use of such depraved magic and war broke out between the two factions. To end this conflict, sanctions were placed on use of the Orb by the Shamans, but those who still wanted to use it gathered under the protection of Paulo, an elder Ikejan Mage. Dark times fall upon the world of Glenheim once again. The Orb-wielding Shamans use this opportunity to reveal themselves and unleash their new-found magic, calling themselves DEMONISHERS.

To celebrate the release of DEMONISHER and C9’s First Anniversary, WEBZEN will host a series of special events on July 24, 2013 (GST):