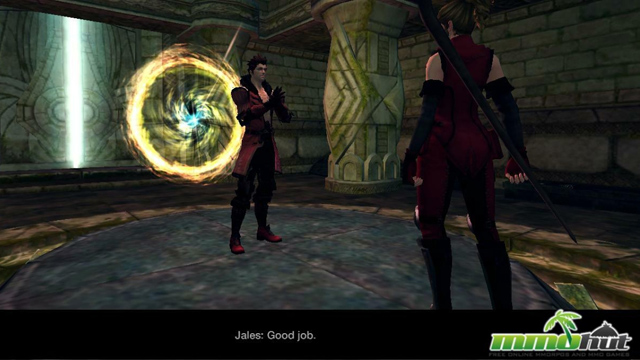 RaiderZ is a 3D fantasy themed monster-hunting MMORPG developed by MAEIT Entertainment, the same creator of the FPS GunZ: The Duel. The game combines FPS elements with non-targeting combat for a surreal gaming experience. Players step into the role of a warrior chosen to fight for the existence of the human race in the land of Rendel. Overrun by mutated monsters heroes must fight to the death to claim back their kingdoms’ territory. Players must tackle quests while journeying through a world of hostile colossal creatures just waiting for an opportunity to strike. Join forces with friends to form hunting parties and clear dungeon instances together. Craft your own weapons and gear. Master hundreds of different skills and test out your abilities in PvP duels. In order to salvage mankind players must become the hero the world so desperately needs. Kill droves of terrifying beasts to bring peace back to the land in this free-to-play action adventure. 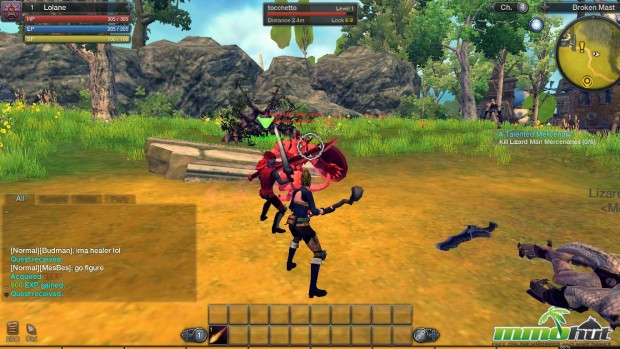 Hunt Together or Die Alone, the Gameplay

Most of the gameplay involves questing and monster killing. NPCs stationed throughout the village will delegate various tasks for heroes to tackle. Much like other RPGs players are asked to eliminate a certain number of beasts, find ancient ruin tablets, or to relay a message to a different non-player character. What makes RaiderZ more innovative like the popular Tera Online is the FPS style non-targeting combat. There are no stale auto-targeting or turn-based battles in this game. Players have to actively dodge and aim at their enemies. Monsters are fast and often deflect your attacks while executing special maneuvers of their own. The intensity of combat in the game makes it as fun as it is challenging. Fighting mammoth boss creatures and ferocious monsters solo is possible but not always advisable. Some monsters can only be conquered in a hunting party. Similar to League of Legends there’s a team oriented aspect to the game. Players will often receive a quest to clear a dungeon instance with a powerful boss creature or have a difficult drove of minions to defeat. Joining forces with other players is usually the only method of survival. Players can use cool counterattacks allowing them to knock an enemy’s weapon out of their hands and pick it up to strike them with it. It gives the combat a very realistic feel. Slay a variety of unique looking monsters from ones made out of stone statues to gigantic bugs. 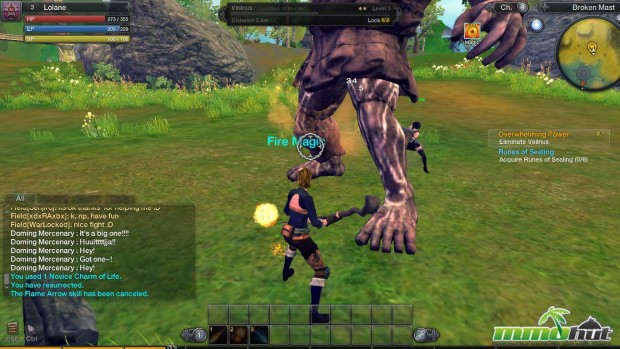 The monsters in RaiderZ are very impressive but it’s not just their appearance that truly makes the game memorable. It’s the intuitive grappling system integrated into the gameplay. Heroes must tread lightly as they maneuver through fields and various terrain. The creatures in Rendel will not shy away from a fight. Just being within their peripheral vision is enough to trigger an attack. Players will find themselves constantly getting ambushed as they venture out into further more hostile zones. These mutated beasts are definitely worthy adversaries. They’ll actively dodge a player’s attack as they simultaneously attempt to execute damaging blows. Some monsters will literally try to eat their opponents by picking them up. It makes the combat equally exciting as it is challenging. Creatures will push and throw their foes about. Heroes will often find themselves flung into the bushes if they’re not paying attention during a battle. The behemoths prowling through the land and stationed as dungeon bosses often require more than a few friends assisting to defeat. Players really have to hone their character’s skills and take advantage of special items. Since there are no set classes in the game heroes can freely master a wide range of skills from tank to healer. There are over 300 different skills available as a player levels up their hero. Another cool aspect of the game is the transformation option which allows a player to acquire a special stone which transforms a human warrior into a ferocious beast. Transformation gives players the opportunity to participate in an epic monster versus monster showdown.

Since at its core, RaiderZ is a monster hunting MMO players are forced to use their monster drops as resources for crafting weapons and gear. The game has a somewhat extensive crafting system like Dark Blood Online. Simply trekking to the nearby NPC shop isn’t really an option. Although the combat is fun players will have to do a significant amount of grinding to gather enough supplies to forge weapons. Crafting starts off very early in the game and remains prevalent throughout. Most items are level based so as a hero advances they will have to go back and craft a higher damaging weapon to be effective during battle. Each monster has a certain number of items that they drop and each item in the game has a strict craft recipe to follow in order to create it. There’s a convenient drop down list displaying the various monsters that yield a specific ingredient in the recipe menu, which can be helpful. Most of the artillery in the game seems generic, especially at lower levels. Players can craft Pirate Greatswords, Admiral War Mace, Admiral War Swords, Standard Staff, Mace, and Shields to use in combat. The higher level crafted weaponry possesses more powerful stats. All heroes can set up their own craft bench as well. 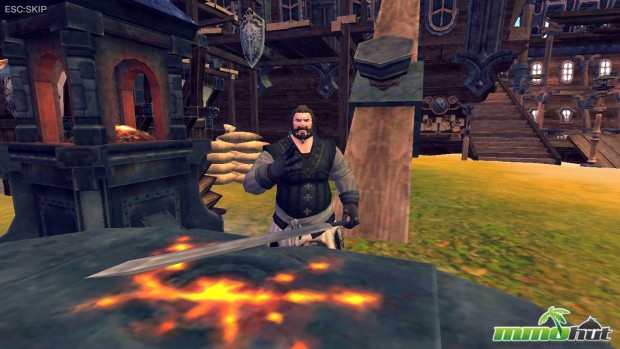 Armor for a Hero

Heroes must craft the majority of their armor. Much like weapons they adhere to the same basic formula with common hats, tunics, pants, gloves, and boots available. Craft an Antique Bandana, Corium headband, Leather Hat, Pirate Captain Hat, Priest Robe, or a pair of Adventurers’ Gloves as protective armor. Although most of the NPC shops are bare in the game, players can usually find consumable items on sell at them for health or other stat boosts. Grilled Fish, Carbonated Drinks, and Fresh Milk can be found at local market area shops. The character customization is limited in terms of appearance. Characters often look identical. During the creation process there are only a handful of different facial features, hair styles, and body configurations for users to choose from. The costumes and mount selection in the premium shop are scarce making it difficult to create a hero that stands out from the rest of the crowd. The item mall does contain special costume potions but they’re very expensive. Each costume potion only transforms one piece of crafted armor into a costume. To alter a character’s entire appearance a player must have multiple vials of the potion. Theme costume packs are available also but the themes are restricted to holidays and special events. Items available in the premium shop are primarily enhancements. Purchase various magical stones like the Blessing of Renas, Guardian’s Life Stone, Artisan’s Breath, or the Book of Oblivion for resetting skill points. 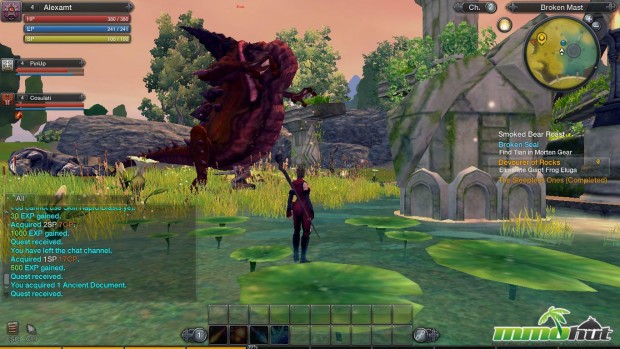 RaiderZ is one of those games that you just can’t help but to love. Very similar to popular titles like Tera Online, Vindictus, and Monster Hunter players get to battle hordes of challenging monsters using an FPS style of non-targeting combat. Dodge attacks, continuously strike, and perform clever counterattacks against enemies. Monsters do not stand there and take a beating either. The innovative grappling feature in the game makes beasts a force to be reckoned with. Creatures will grab, push, throw, charge, and even attempt to devour their opponent. There are no set classes and hundreds of skills to master also. The incredible combat combined with the transformation feature initiating monster versus monster battles almost cancels out the lack-luster customization options and crafting system. Overall if you’re looking for a fun challenge this monster-hunting MMO is definitely worth trying out.