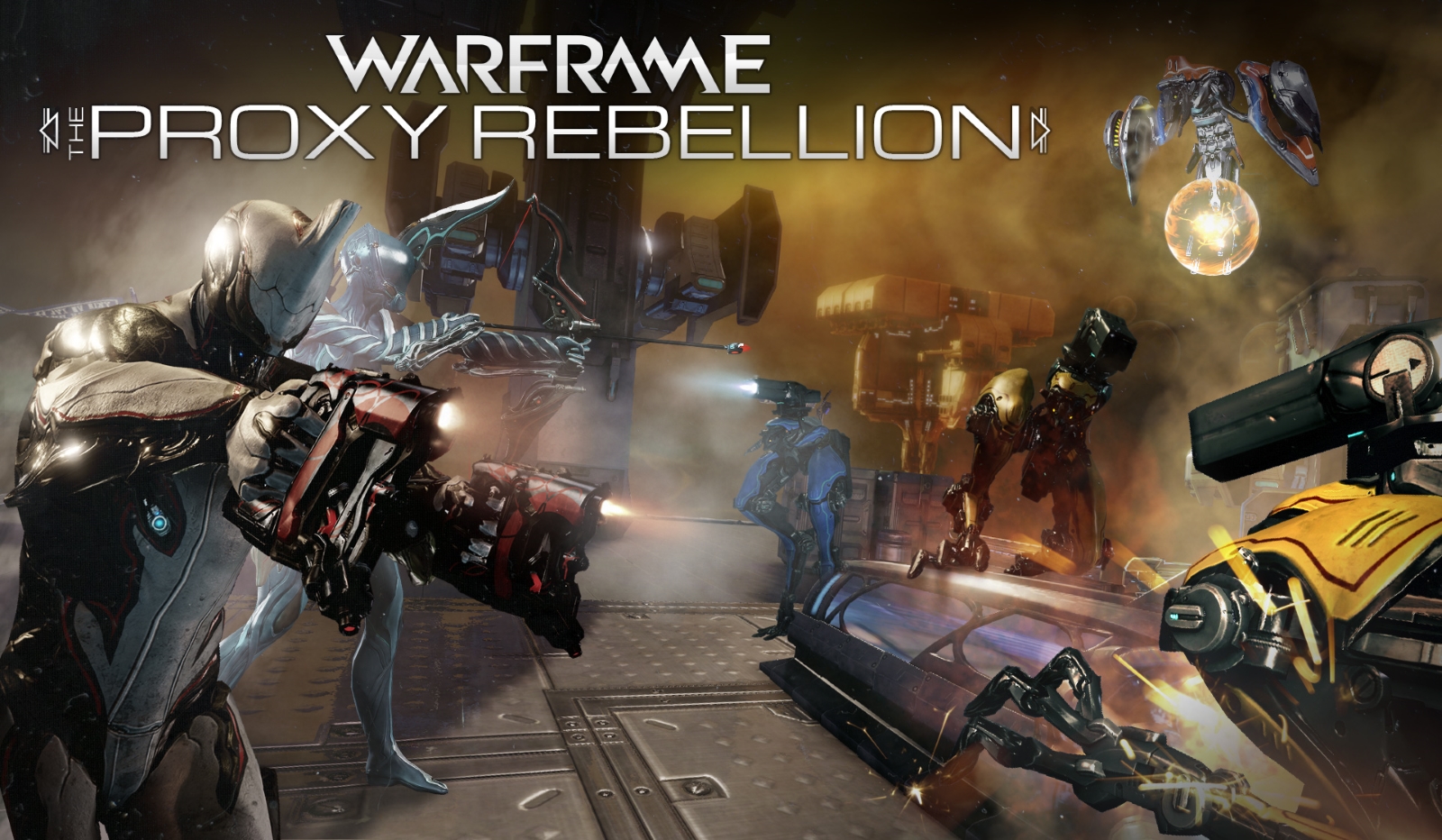 Gear up, Tenno! From today until Monday Warframe has a HUGE Bonus Weekend. Plenty of exciting Alerts, deals and Rewards are now available across PC, PlayStation 4 and Xbox One versions of Warframe.  The Proxy Rebellionstarts today, Thursday, September 17 at 2:00 p.m. EDT and goes through Monday, September 21 at 2:00 p.m. EDT.

During the weekend, earn Double Credits during Missions to rank up Warframes and weapons.  Take on High-Reward Alerts and earn some valuable Rewards. In addition, Darvo has exciting 50% off sales on offer — get half-off select items in the Market!

Here are all the Alerts to watch for during the Proxy Rebellion Bonus Weekend:

Grab your fellow Tenno and head to an Alert!