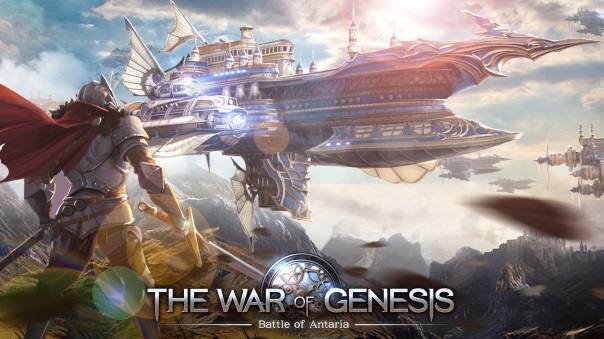 Joycity’s The War of Genesis: Battle of Antaria has officially dropped their first major release since the global launch. In this update comes new guild content, called “Ruins Conquest”. This utilizes dungeons in the game such as Magic Tower, Pyramid, Castle of Ice and Inferno Dungeon. Ruins Conquest will open in four regions of Antaria, with a goal to conquer and occupy them before other guilds can. Vast resources and boxes await, such as Great Philosopher’s Stone Chests, that contain items to awaken heroes.

5-Star Heroes can also be promoted to 6-star with the Secret of Hero item, which is an item also used for unlocking gem skills. When a hero reaches 6-star, they can be leveled up even higher, to S-level. Players who upgrade the Control Room of their airship will be able to hold more 6-star heroes. Hero Summoning boards have also been updated to provide this item, as a way to gain more Secret of Hero items besides just simply hunting monsters.

New heroes Cyrano Bernstein and Vishnu join the list of special heroes this month. Also added is an Airship Skin Event where players can gain an adorable Wing of Drake airship skin by completing missions. Airship skins can now also be conveniently configured and previewed from the Engine Room.