Return To Valencia In Pirate101 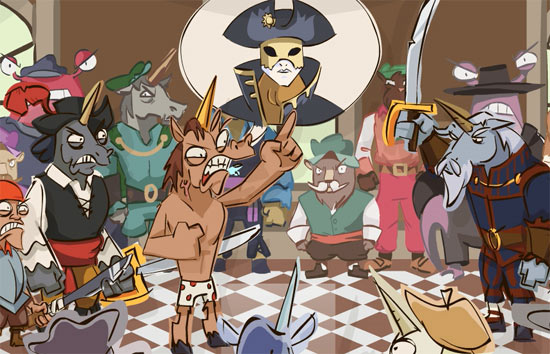 KingsIsle Entertainment released an expansion to the story found in the adventurous world of Pirate101® today, bringing new levels of power to all players while advancing the epic tale of orphaned pirate versus the soulless clockwork Armada.

High-level players can now explore the new skyway of Calabria in Valencia, gain five more levels, add new talents and powers to their arsenal, recruit a new unicorn swashbuckler crew mate, and experience the epic conclusion to the first story arc as they come blade-to-blade with the Supreme Commander Kane and his royal court.

“Pirate101 Fans have been anxiously awaiting the release of Book 15, and we couldn’t be happier to unveil a zenith in this heroic story,” said Josef Hall, vice president and creative director at KingsIsle Entertainment. “If you and your family have ever wanted to play and experience a pirate story that is both cunning and comical, Pirate101 is the perfect game for you.”

Along with this update, all players, regardless of their level, will now be able to level their pets to 70 and take advantage of the new PVP-exclusive pets and mounts.