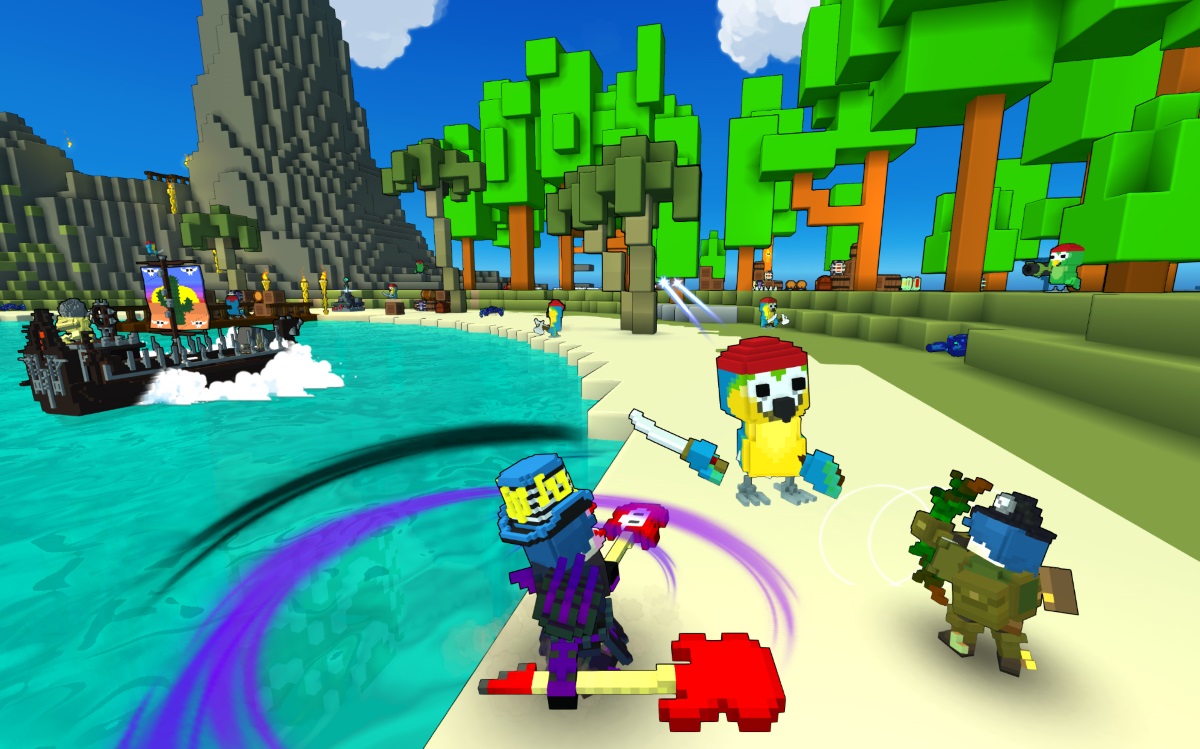 Trion Worlds’ voxel MMO adventure game, Trove, is available now on Steam and at TroveGame.com for both PC and Mac. Being a unique blend of action-adventure and builder, Trove is a one-of-a-kind world that allows players to create and explore unique fantasy environments in an endless universe of player-created voxel worlds. Trove is free to play and is rated E for Everyone by the Entertainment Software Ratings Board.

“Trove’s Beta opened our eyes to the amount of rampant creativity and talent that exists in the online gaming community,” said Scott Hartsman, CEO of Trion Worlds. “We’ve seen players create entire worlds, going above and beyond our expectations of capabilities. We can’t wait to see what players come up with next as we open Trove’s gates to the wider world.”

Trove invites players into a universe of endless possibility, where role-playing and crafting collide, opening the game to be shaped by the community. Offering players the power to explore, craft, and create their own adventures, Trove pushes the boundaries of community-created content, featuring procedurally generated worlds that are fully buildable and destructible.

At launch, Trove features 9 playable classes (including Boomeranger, Pirate Captain, and Candy Barbarian); challenging procedurally generated dungeons, landscapes, and lairs; a limitless supply of loot and a deep crafting system. Creators can quickly save designs for instant building and use the game’s unique Keystones to prevent their creations from being altered by other players on the same server.

Since open beta, Trove players have created over 160 dungeons, 2000 equipment styles, and 78,364 unique club worlds. To get a sense for Trove’s unique community, you can check out some of the amazing constructs and builds that have been created since the game’s open beta in November 2014 here. Players can download the game on Steam for free here.