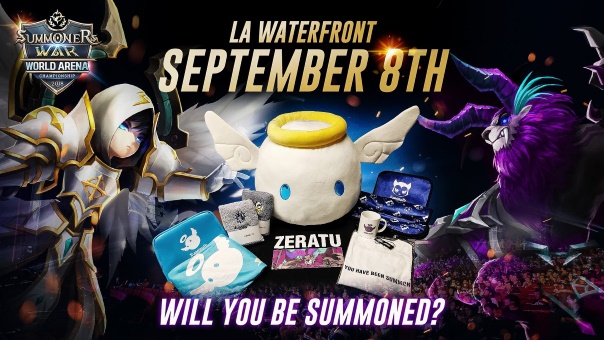 This weekend, com2US showcased the best of the best in Summoners War, during the Summoners War Americas Cup. It was certainly the most unique event I’ve been to in terms of Esports, and that’s not a bad thing. Instead of filling up an arena (which with how many people were there, I think they could have done), they set up the Cup as a festival down by the water in Los Angeles. There were lots of events themed around the game (such as a Cairos Dungeon obstacle course), delicious food, tons of merch, cosplayers, and most important, tons of Summoners War fans getting together to watch some matches. Most of the day was filled with the “Guild vs. Guild” tournament, where some top guilds in Summoners War came to do battle in team action. This took several hours, and while I enjoyed watching, I’m still very new to Summoners War. The downside is the DJ was so loud and overrode everything around. As someone who is hard of hearing, this was terrible, and I was grateful that they stopped for the main event. But I could not hear the commentary to learn more about the game, so I’ll have to go back and watch them again so I can pick up on these team tactics. I did ask about the “Guild vs. Guild” content, and all they would tell me is that they are “looking at it” and that it was being tested here. Also stay tuned to this/our Youtube, because there’s a roundtable and an interview coming!

Before I get into that, there was also an announcement made: Com2us also announced an exciting new update for the game, introducing two brand new Monsters. Making their way into battle are the Default 5★ Monster “Druid” and the Default 4★ Monster “Dryad” who both specialize in supporting ally characters while dealing damage to enemies. With the ability to transform into a beast, the rough and tough-looking Druid gains access to a plethora of new skills and abilities, giving players a wide array of strategies in battle. In addition, each of its elemental forms (Water, Fire, Wind, Light, and Dark) comes with their own powerful passive skills for players to utilize. Joining Druid is the forest fairy “Dryad” who works in harmony with the power of nature to support allies on the battlefield as a Support-type Monster. By using skills such as flower growing and Honey Bee Friends, Dryad can absorb the enemy’s attack Bar and restore ally HP.

From what I understand, these Summoners War: Americas Cup matches had something new, in an additional ban. Now there is a Pre-Ban phase and a Post-Pick Ban phase. In the Pre-Ban, each player gets to ban a character before they start going back and forth, selecting their team. Then, after five monsters on each side are picked, each player gets to ban one of those already picked! I think that’s a pretty awesome idea, giving each player a chance to try and muddle a potential strategy and shows who knows what about the game, not just the game itself, but who did their homework on their opponent. It wasn’t a huge pool of players either, just four players duking it out to see who would come out on top. FaintMemory, DRMZ Joseph, Thompsin and Tiger all did incredibly, and no matter how the First-to-Fives went, the crowd was on fire for it. com2US informed me in the back that the stream peaked around 39k viewers (at least during the Guild vs. Guild content) and it’s no surprise. The live crowd was absolutely on fire, cheering and hollering for each massive critical, aoe stun, comeback, victory and defeat. As a newcomer, still learning what characters are really great at PVP (by seeing who was picked frequently and who not at all), I came out with a bit more knowledge, and definitely some appreciation for this fanbase. Anytime I asked someone what was going on or questions about the game, they were all too glad to answer. 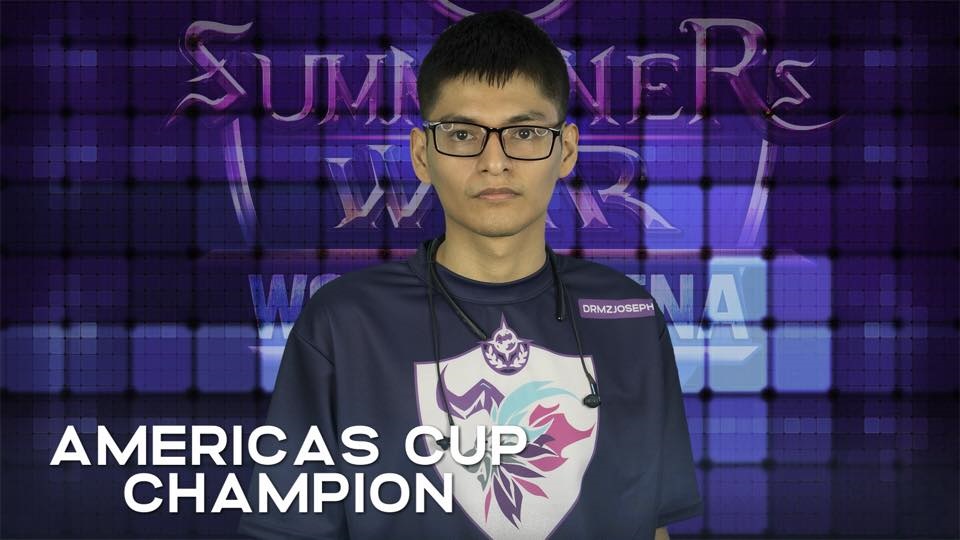 I also wanted to say congratulations to DRMZ Joseph, who is on his way to Korea to represent the Americas at the Grand Finals later this year. All of these players knew what they were doing, and while this is not a long game, it is a complicated one. There are tons of monsters to keep track of, who is viable and who isn’t, who is bannable. And instead of a “Best of Five” or “Best of Three”, it’s a “First to Five”, meaning they had to win five matches against each opponent. Even playing a mobile game on a tablet, that has to be grueling and stressful. I was admittedly hoping to see a four or five start unit picked, but all I saw were S+ tier six stars, and at least that makes sense. These people were using their own accounts as far as I’m aware and had pretty decent pools of top-tier monsters. Here’s where I want to talk about the game a little. There’s always the talk of “This game is p2win”.

Can you spend more money to potentially get better monsters faster? Absolutely. Is it guaranteed that you will get them faster? Not really, but the more money you spend definitely increases those odds. But will they give you deep knowledge of the game? Will it teach you team comps, what monsters are better for PVP grinds, will that give you the Runes you need and show you where to equip them? It sure doesn’t! I definitely feel you can spend money to get the stuff you need/want faster, but even with those, I bet a player who has a couple thousand wins under his belt will smoke them every single time because they already know what to do. But that gap of skill between the early players and new players is definitely coming closer these past few years. It’s a very passionate community, and while I’m sure they could have filled up a bigger venue, this style of event, I think it worked for them. I’d like to see more festival feels to these esports shows, something less sanitized. The best way I can describe it is thanks to me being a wrestling fan for decades.

It felt to me like an “Indie Wrestling” show. Sure, they could do what one of the huge shows is doing, but instead they opted to have something more passionate and closely-knit, where anyone could just walk up, learn more about the game, and then watch some matches. The only other problem I had was the screen was at a weird angle compared to where the audience was sitting. But the casters knew their stuff, the fans were hot for the action, and it was an incredible day of esports. Both DRMZ Joseph and Tiger have earned their way to the World Finals in Seoul on October 13th against the Asia Cup/Europe Cup Finalists for a grand prize of 110,000 dollars. I may not have known what a lot of the monsters I saw could do, but I definitely enjoyed watching it anyway, and got me to log back in and start grinding all over again, learning what I can about the game. I think I’d enjoy doing some more pieces on team comps and strategy for Summoners War. I’m certainly looking forward to seeing what comes out of their next event out in Korea this year. Did you miss the main event? You can watch their stream of it right down there.