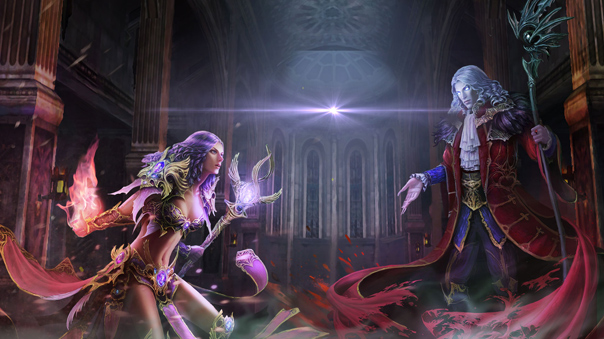 The trumpets of war have sounded! Fedeen Games today announced that Forsaken World Mobile, successor to the acclaimed PC series, is now available for download across 92 countries on iOS and Android devices.

Players can get in on the action by joining the Deathbane (US), Duskmire (US), or Relinquere (EU) server based on their location.

“Fans have been eagerly awaiting the release of Forsaken World Mobile for months now,” said Vincent Li, Operation Director of Fedeen Games. “During that time we have gathered some wonderful feedback from the community and our beta testers, and we are confident that this will be a handheld MMORPG experience unlike any other!”

In Forsaken World Mobile, players will be able to interact with the massive open world as one of five dynamic classes. Stand tall and strong, shielding your allies as a Warrior, or strike from the shadows as a stealthy Assassin. Feed on the life force of your enemies as a Kindred, blast your foes with elemental spells as a Mage, or put your healing talents to work for the good of your team as a Cleric.

Once you’ve selected your class, you’ll have the entire fully 3D landscape of Forsaken World, built using the same graphics engine as the PC games, literally at your fingertips. Team up with your friends to raid massive dungeons and take on epic bosses for tons of awesome loot, or destroy them in heart-stopping PVP battles! Outfit your character with eye-catching accessories as you traverse the land on your choice of exotic mount!