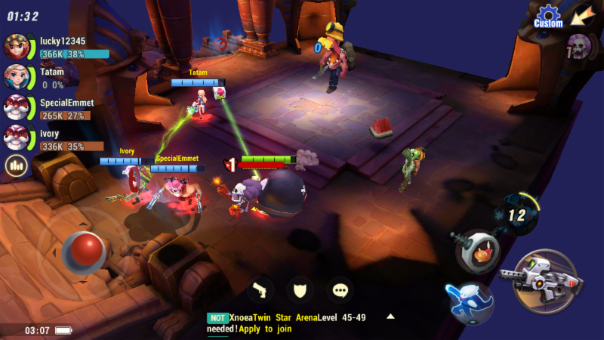 Last week, NetEase unveiled their latest title, Treasure Raiders, a treasure hunter+bullet hell on mobile. They announced today that the iOS version of Treasure Raiders will be coming in early 2018. They can still take advantage of the pre-launch event though, which is linked below. Three new game modes have also been introduced to the game. Holo Exercises are solo events which players must battle hordes of enemies in a sealed arena. Treasure hunters can access the Holo Exercises once they reach Level 12 by speaking with the Countess in her castle. As players level up, they’ll be able to access more Holo Exercise levels, and defeating them earns valuable rewards, including Treasure Energy Crystals and other rare items. In Base Defense, two teams of four hunters each work together to fight another team of eight hunters in a narrow arena battling each other in close-range combat to move forward through the map.