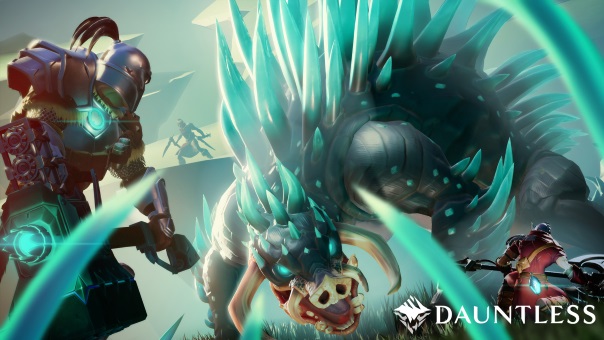 Phoenix Labs is proud to share that they have reached their two million player milestone since launching into Open Beta this past May. To celebrate the milestone, Phoenix Labs has announced that the next major content expansion in Dauntless, The Coming Storm, will further evolve the Shattered Isles for players worldwide on August 9th – all free to play.  The Coming Storm begins when an Ostian Dreadnaught, bristling with industrial might and a surly crew, crashes into Ramsgate. This will reshape the city and introduce new NPCs, stories and quests to the game. Koshai, the Sovereign of Thorns will also stir out in the distance. The Ostian faction will also bring with them exciting new technology, and let players craft and wield new gear/weapons to tackle the Behemoth threat.  This will include explosive new grenades, and the first truly ranged weapon: The Ostian Repeaters. A great change is coming to the Behemoth ecosystem in this update, as Koshai’s arrival has shaken up the other beasts, causing them to evovle and change their usual patterns/behavior. This promises to change how players tackle the content as The Coming Storm arrives.

“The Dauntless community is one of the most vocal and passionate groups of people in gaming, and they’ve helped us shape Dauntless into what it is today, and what it will become in the future,” said Jesse Houston, CEO and co-founder of Phoenix Labs. “With The Coming Storm we’re putting community feedback into action, debuting the first fully ranged weapon, and players will see a decidedly new and fresh Dauntless experience on August 9.”