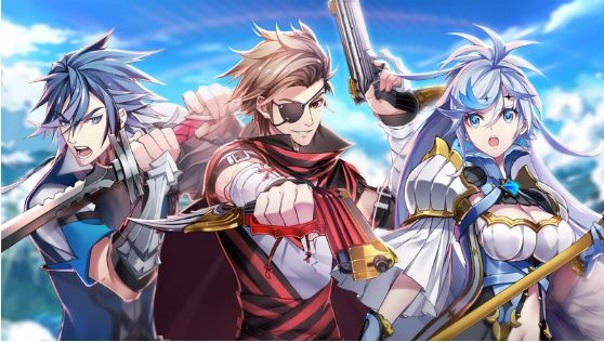 Developed by Auer Media, their title DawnBreak: The Flaming Emperor has officially entered Open Beta on Google Play. It saw over 100,000 downloads in 24 hours when released in China earlier this year. Now it’s in Open Beta for Europe and North America! The story of DawnBreak: The Flaming Emperor takes place in Valkyria, where the power of Light clashes with that of Darkness. A thousand years ago, the Gods of Light waged an epic war to defeat Darkness, sealing its power unto the sky. A thousand years later, on the day of the eclipse, a girl falls from the sky will change
the destiny of Valkyria again. DawnBreak is a 3D ARPG using a standard virtual joystick and dynamic combos using two buttons. Featuring a Co-Op mode with up to four players teaming up, a battle royale against a colossal boss, and PVP arenas, it offers a variety of content for its players. The first twelve chapters of the game are available during this open beta, so buckle up and get ready to journey with Anis, Luke, and Haley to meet a variety of interesting characters and vile forces.