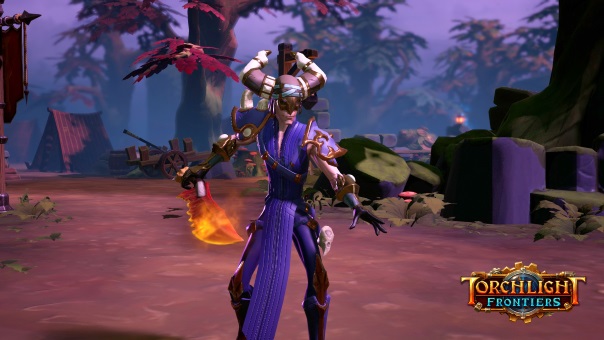 Torchlight Frontiers will have some exciting weapons to collect, in the form of Relic Weapons, in the Shared-World ARPG. These powerful, ancient items are earned through the game’s crafting system. The Relic Weapons can be activated for a limited time to carry out incredible, earth-shattering attacks on incoming enemies, and when equipped in battle, also provide additional powers and unique effects. Since power progression in Torchlight Frontiers shifts away from character levels and focuses more on gear quality, Relic Weapons can be leveled up to increase/gain new item stats and unlock special skills. The Relic Weapons should give players flexibility in choosing weapons that define the playstyle that suits them best. Three of them were revealed today: