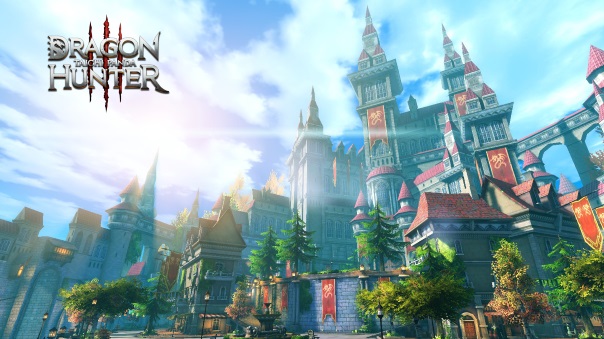 Taichi Panda 3: Dragon Hunter is coming! Pre-Registration for the third Taichi Panda title is officially live, and the Avzar mainland is home to a pair of factions fighting for supremacy. Each of these factions, “The Panda Alliance” and “The Lion Empire” have their own unique characters and styles, offering players choice when they start out. The Classes for Panda Alliance are Swordsman, Healer, Rune Mage and Scout and their capital has a very Eastern flair. The Lion Empire offers Berserker, Priest, Ice Mage, and the Scout [a neutral class] and has more of a Western Medieval style. Taichi Panda 3 boasts being 150x bigger than the original game, most of it offering a 360 degree view of the lay of the land. Another fun feature is the ability to tame mounts, from common mobs to world bosses like the Thundersaur, players can tame up to 1000 mounts. Once tamed, their looks will change randomly and imbue them with unique special abilities. The final huge offering is the introduction of mount, aerial, and ground-to- air battles, Taichi Panda 3 is pioneering an all new form of PvP combat for the mobile MMO genre. Whether in air, on ground, on a rooftop or indoors, players can open fire from anywhere while on the back of their mount. 3D mount battles are supported in nearly all combat modes, including PvE dungeons, grouped PvP fights, and Monster Siege Battles.