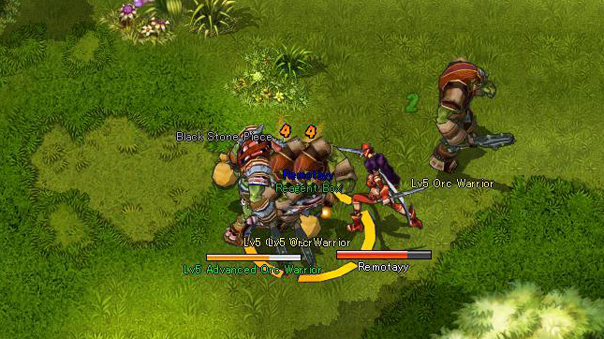 Traditional MMORPGs have very predictable gameplay. Right click on an enemy zombie or orc and watch your character trade blows with the monster until one of you drops. Okay maybe that’s an over simplification, but I think we’ve all had a sense of déjà vu after playing a few MMORPGs.

Fortunately, a new subgenre is shaking up traditional notions of MMORPG combat. What am I talking about? Arcade style brawler MMORPGs. That’s a mouth full, and truth be told there’s no official term for the genre so we’ll stick with my term. These games offer more action oriented combat, the kind where players have to manually aim their attacks and actively dodge oncoming ones. The ‘arcade’ description is drawn from the genre’s similarity to those old school side-scrolling beat em’ ups that sucked up quarters by the fistfull. The free to play MMORPGs that fall into this broad category come in many shapes and sizes, so gamers should see which one best fits their tastes. 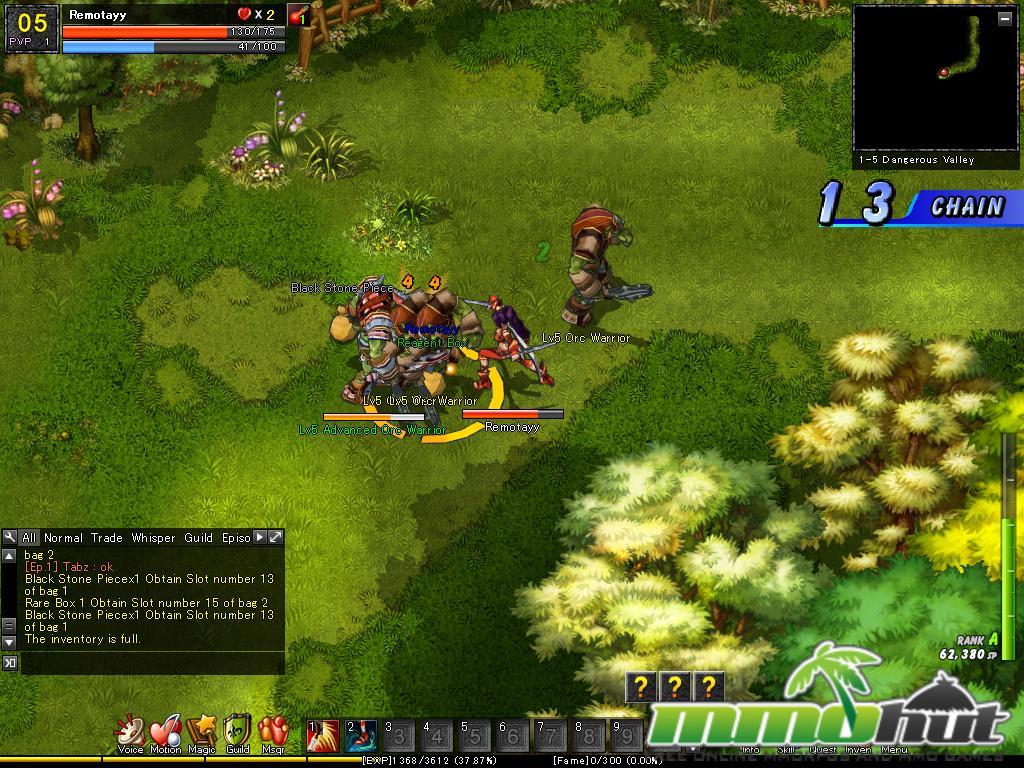 Arguably the first MMORPG brawler, Lunia: Record of Lunia War has 2D graphics, but supports a top-down camera view rather than the more common side-scrolling angle. Lunia combines simple controls and gameplay with instanced stages. There’s even an emphasis on story as players unlock new campaigns and listen to dialogue from NPCs during cutscenes. A persistent world town allows players to meet, greet, accept quests, and buy/sell goods. 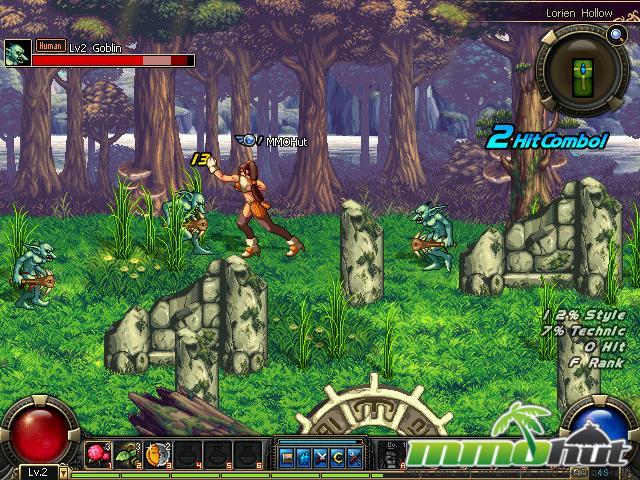 Nexon’s Dungeon Fighter Online already has millions of players worldwide despite its archaic 2D graphics. Just as it has with MapleStory, Nexon didn’t chase fancy graphics with DFO. Instead they focused on an original gameplay experience. The result was a free to play MMORPG that has helped spawn the recent wave of titles with a similar brawler / arcade experience. 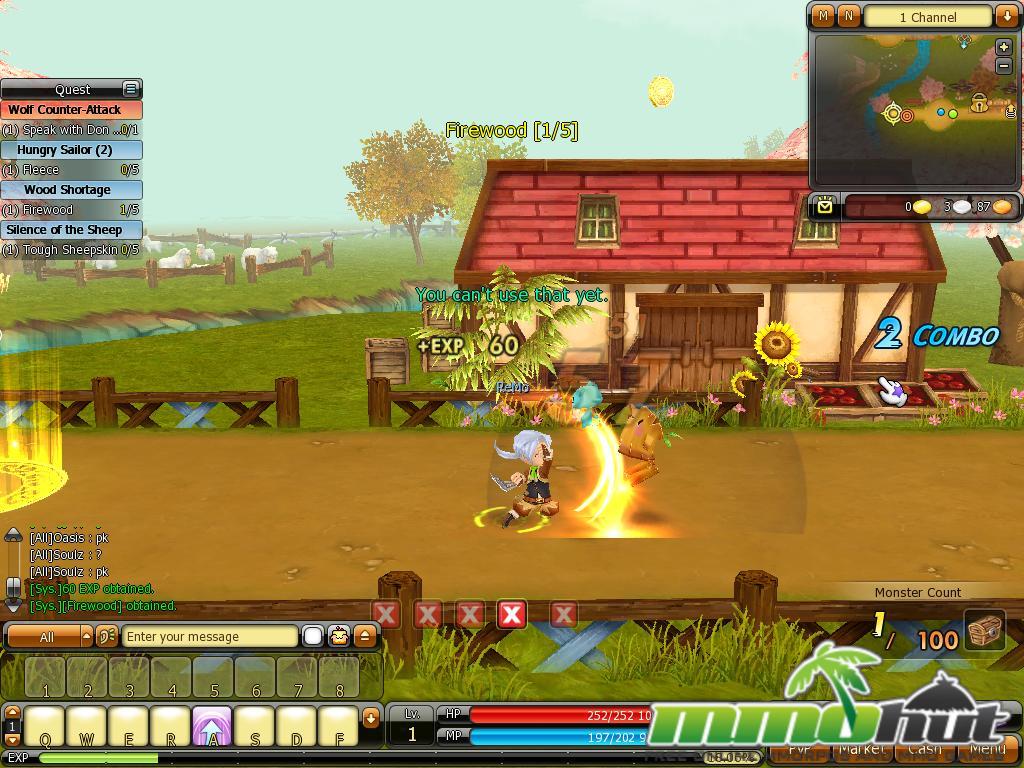 Dragonica Online is a side-scroller MMORPG that makes ample use of instancing, but still contains a persistent world. The graphics are 3D, but players have a very limited range of depth. Far from being a flaw, this feature sets the game apart and makes it well worth trying. Dragonica forces players to hunt woodland creatures for quite a while, but eventually the game progresses to more exciting fare. 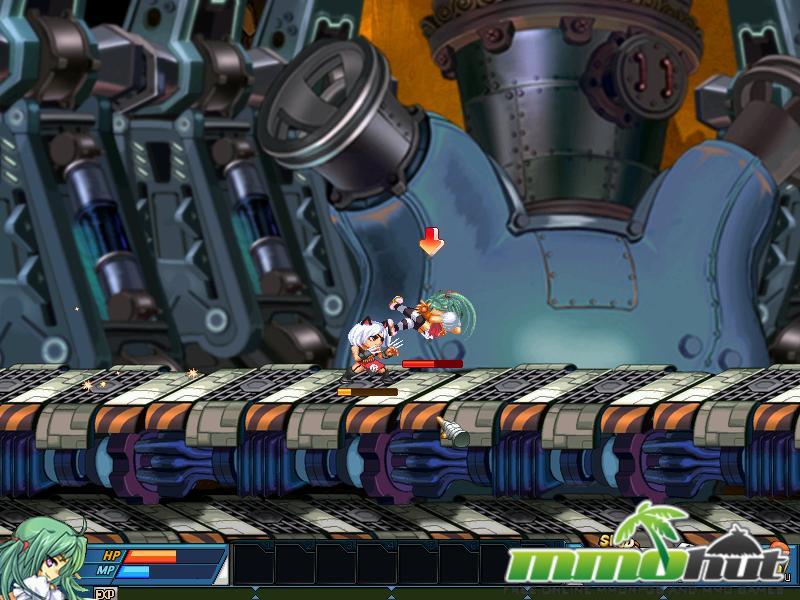 Mini Fighter Online is Netmarble’s first MMORPG release in North America. The game looks and plays like a chibi version of Street Fighter. But room based brawls make up only a portion of gameplay. Players can also explore the game world and beat up monsters. Mini Fighter is a side-scrolling game, but much more action packed than MapleStory. One of the best parts of the game is the ability to level up purely from participating in PvP. This makes the PvE portions entirely voluntary. 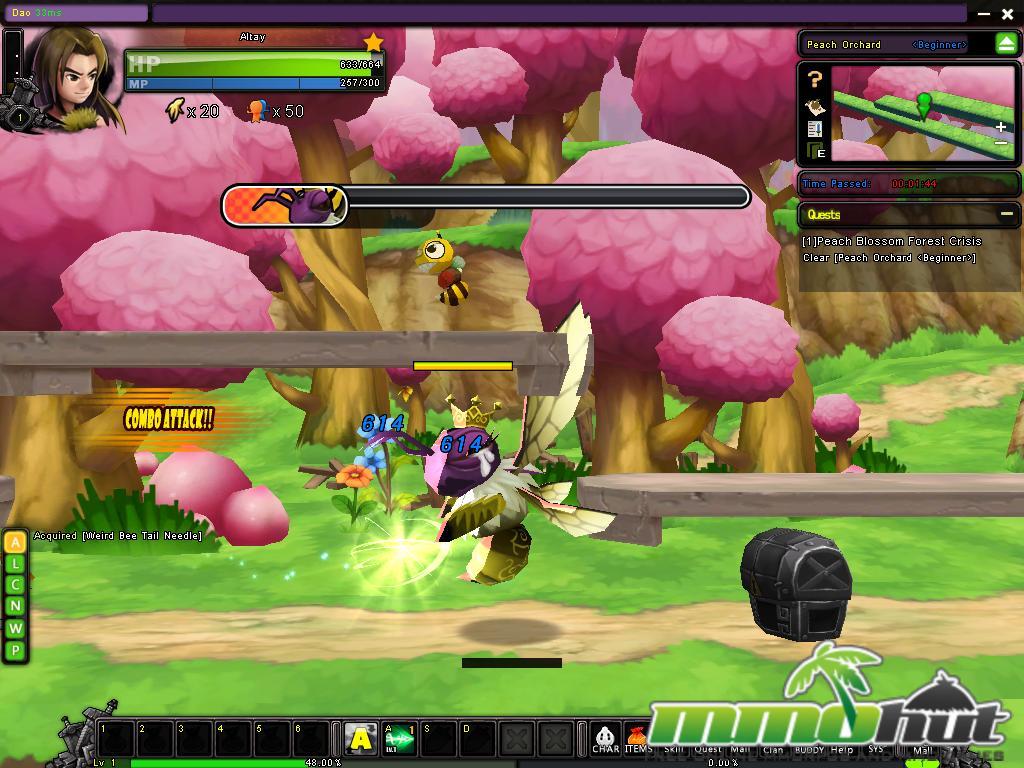 Very similar to the Asian MMORPG Elsword, Fists of Fu is a light hearted side-scroller brawler MMORPG. Many character designs and environments are rendered in 3D but the game world is two dimensional. Like several other games on this list, Fists of Fu has a PvP system where participants have their levels equalized which means the best skilled players are likely to prevail. 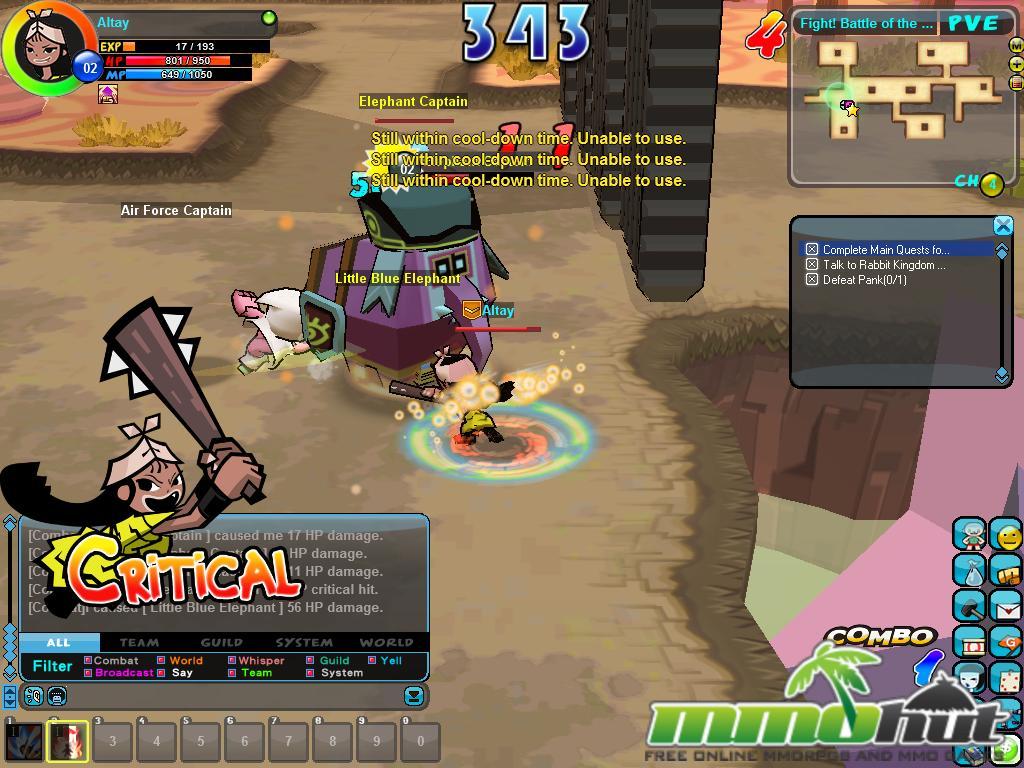 Following FusionFall, Hero108: Online is the second MMORPG based on a Cartoon Network franchise. Both games are very different from each other, but also very different from most other free to play MMORPGs. Hero 108 has action oriented combat, 3D environments and contains instanced dungeons for groups to tackle. PvP also plays an important role in Hero:108 Online. The graphics are attractive and fit the theme despite being a bit rough on the edges. 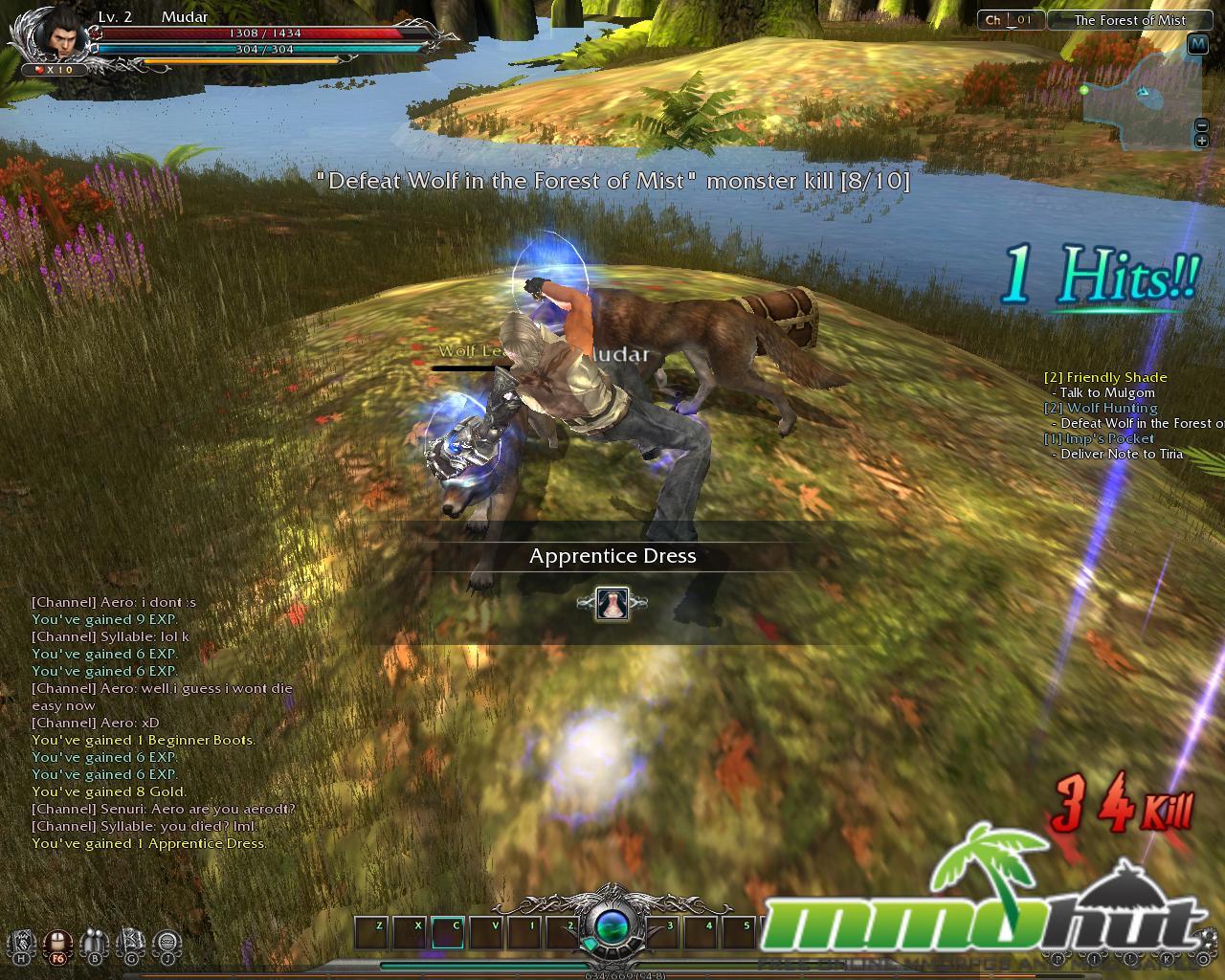 The latest and most graphically impressive brawler to date. Divine Souls is the second game of this nature by Outspark and definitely the better one. Players take control of one of three character classes and must clear instanced stages. Like Dungeon Fighter Online, the only persistent areas in Divine Souls are the town regions. There are plenty of quests to complete, but players will find themselves repeating the same stages several times. This seems to be a common occurrence in brawlers, but there are is a full feature PvP arena to help break up the action. 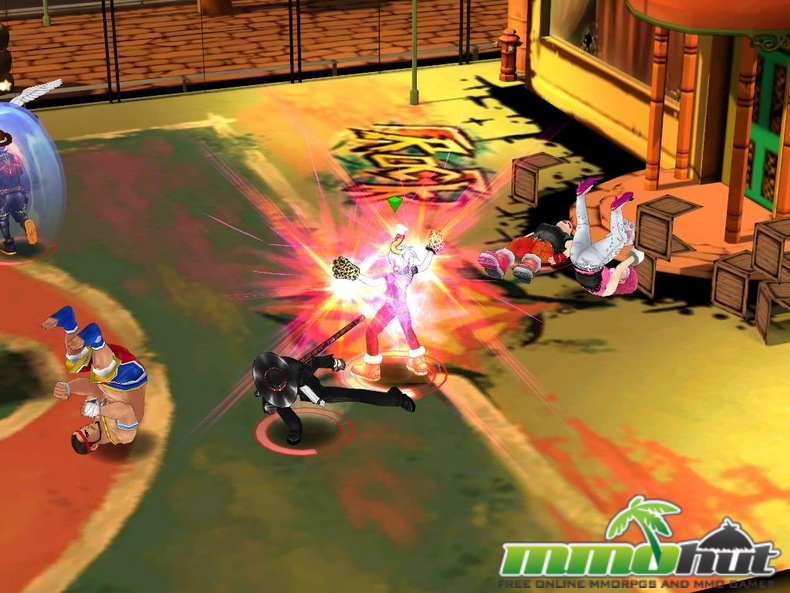 While not yet available in North America, Zone 4 is set to be the most in depth fighting game by OGPlanet. Unlike Rumble Fighter and Lost Saga, Zone 4 will feature plenty of cooperative PvE missions. Zone 4 will also include a ton of real world martial arts forms like Kung Fu, Judo, Boxing, and many others. Of course the game won’t skimp on PvP features either. Rival clans will be able to take part in battles of up to 16 players on each side. 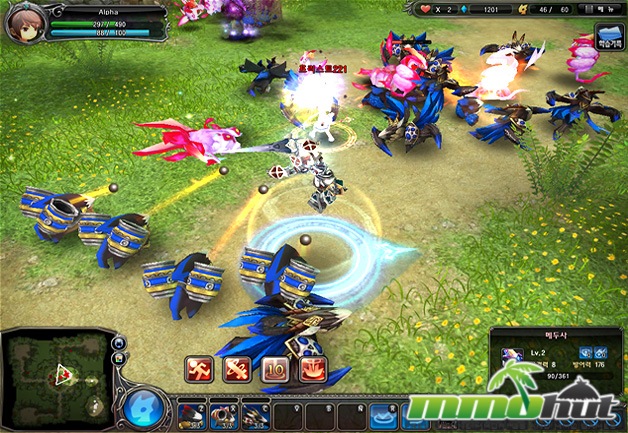 What do you get when you mix role playing, strategy, and brawler gameplay? Soul Master! At first glance the game plays like a MMO version of Pikmin. Players gather resources, build units, and lead them into battle. Like Fists of Fu, Soul Master has a persistent city where players acquire quests and head off into instanced stages that come with multiple difficulty settings. It’s just entered closed beta testing and is well worth checking out. 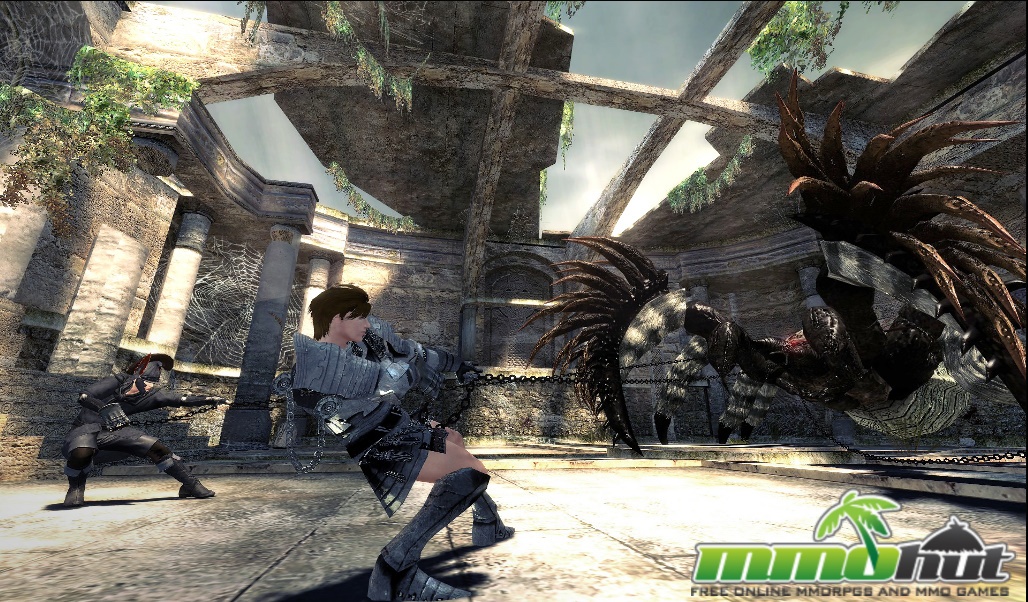 When the original Mabinogi MMORPG released, it offered a unique gameplay experience. The cutesy graphics and care free environments weren’t for everyone so Nexon upped the ante with the similar titled Mabinogi Heroes. The game got its name changed to Vindictus in North America to match the completely different gameplay style. Vindictus uses the Steam engine to produce high quality graphics and action packed combat. Players will able to swing their sword, fire arrows, pick up and throw pillars, and interact with the environment in a variety of other ways. Set to enter beta testing soon, Vindictus is definitely the most anticipated brawler MMORPG on this list.

There they are. Some MMORPGs that give players direct control over their character’s attacks. This genre isn’t for everyone, but gamers who crave something different should definitely give one or more of these MMORPGs a try.

Do you already play one of these games? Are there any other free to play games that belong on this list? Is the combat system found in these games a step forward or backwards for the MMORPG industry? Share your thoughts below!