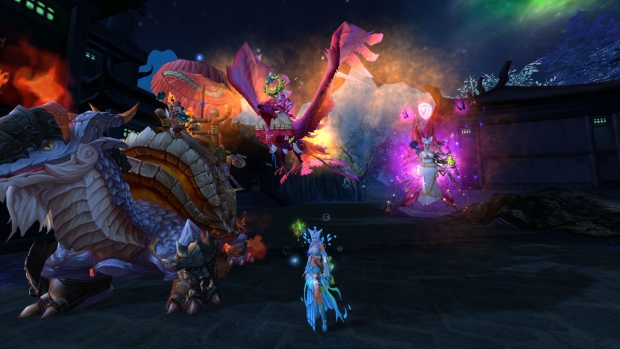 GBE Games is set to launch The Aurora World’s long awaited and highly anticipated Guardians’ update on March 14, 2014. As expected, a deeply-layered system will be introduced, known as the Guardians that’ll allow players to further customize their character(s) strengths. Along with the newly added system, adventurers will be able to continue their journey further into the heart of the Demon World with the level-cap raise to 89, which will in-turn, bring forth new class skills, Majinns to capture, fashions to own, challenges to conquer and much more!

The Guardians’ update will be TAW’s largest update-to-date and rightfully so. The new system being introduced will allow players the ability to drastically improve their character(s) stats in a variety of ways that involve collecting and slotting magical stones to their guardian. Based on ancient astrology, the guardians will add a unique flair to all adventurers able to unlock these mysterious entities; appearances will change, reflective on the character class and level of the guardian. Players who’ve unlocked their guardian will be able to enter exclusive-zones where they’ll be able to forage and loot for unique items.

On top of the Guardian system, players will be able to pick-up on where they left-off and delve deeper into the Demon World’s main fortress, the Dragon City. The gates will finally open to those capable and daring enough to enter, allowing level 80+ adventurers to continue their quests, unlock new and powerful skills and ultimately, take on the new dungeon, the Unreal Cave. 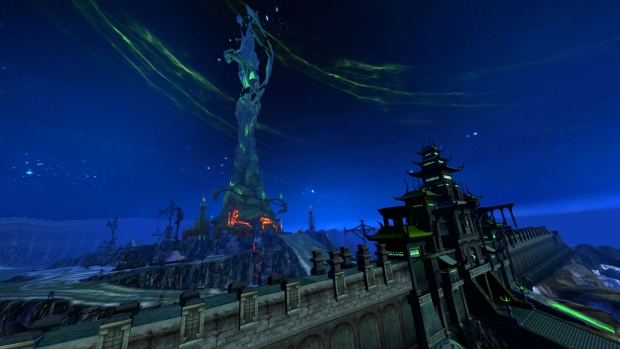 For the more PVP-oriented players, this update will introduce a new MOBA-style inspired map into the fold. The climactic end of to all Clan War battle will take place in this area where the final two clans will go head-to-head with one another that’ll involve teamwork, communication and territory-control to eventually capture the opposing clan’s base! Not enough for you PVP-aficionados? Resource Wars which is a nation-wide event that allow players from opposing nations to steal resources from one another in exchange for prizes, has received a buff to its system. One time during the week, the event will grant a special buff to the defending nation who’ll then be able to transform randomly into multitude of almighty deities with powers specifically designed to fend off the attacking nations.

Lastly, a new server will be opened with the intentions of creating a more balanced environment for all players to enjoy. One of these solutions’ is to have cash-related items that were used for enhancement, only purchasable through redemption points (currency earned through playing the game). The objective is to hopefully narrow the power-gap between players (at least within the earlier-mid stages of TAW) and ultimately, encourage a more welcoming PVE and PVP experience!