Star Trek Rivals is a tie-in mobile app to the sequel of the Star Trek Alternate Universe (AU) movie, Into Darkness. The game takes its cue from the Final Fantasy VIII mini-game Triple Triad and puts you against 1v1 live battles with other players online.

What is Triple Triad? 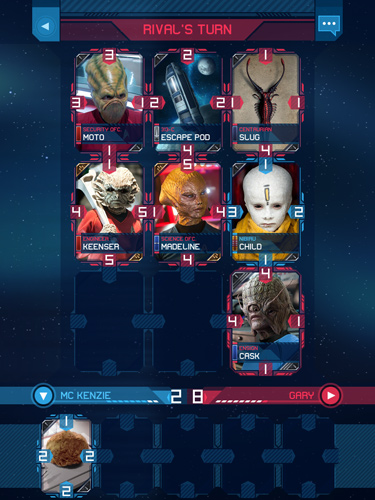 The goal is simple, the person with the most cards in the 3×3 field at the time of the match when no further cards can be played wins. To meet that requirement you need to beat the cards your opponent has played on the field by getting a higher numerical value on one of the sides of his/her card. This can be done two ways: the first option is through a direct face-off with your card while the other roundabout way is to create combos where you can use his/her own card against them to gain the upper hand.

More about the Battles

In FFVIII, card games are done one at a time. In STR they push the limits of your tactical prowess by letting you battle up to 5 times simultaneously. However, the cards you will be able to use are locked for that duration of the battle.

Also, STR deviates from the established Triple Triad gameplay in that you are unable to choose which cards come into play at any given game. You are given a random order of cards to be used and if you don’t like your hand, you are forced to use the premium currency to change it.

Battles are separated into two types. The first one is the random rival mode which, as the title implies, allows you to play against a random person online. This is further segregated into two types where the difference is hinged on the amount of time that must pass before the game’s auto-win mechanic kicks in. On the other hand, you have the friend battles where you will go head to head against another user directly. 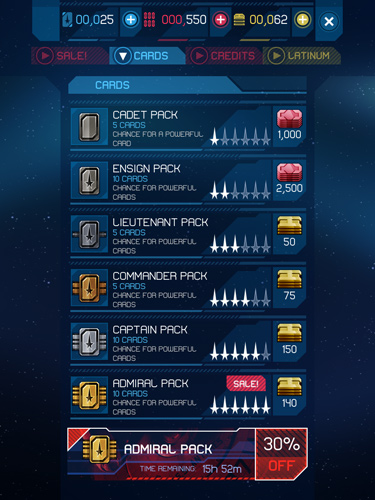 There is no option to play against an AI and all battles are done against someone in real time. As mentioned, an auto-win is awarded to a player if his/her opponent doesn’t make a move after a set amount of time. The time setting can be anywhere from 1 hour to 36 hours depending on your preference.

As of this review there are a total of 172 cards in play in STR. The game allows you to acquire them through various conventional means such as buying “packs” using real cash, using the in-game currency, or accomplishing missions. Though I must admit I was caught off-guard when I realized the game even has missions given its heavy PvP focus. 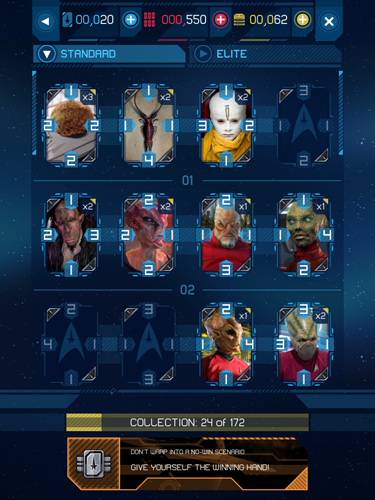 The cards are classified into the Standard and the Elite type where each classification has its own card rank that determines rarity. Of course the main protagonists and antagonists are obviously the rarer and stronger cards, while the minor creatures and characters have the lesser, “weaker” value.

You can also “improve” cards by upgrading them which can be done as long as the conditions are met. Depending on its rarity, upgrading cards require multiple copies of said card and a certain amount of in-game currency. Some requirements can go as high as 7 card copies for the lower rarity cards while the higher rarity cards can go as low as 3 copies to upgrade.

As for my final thoughts, I’d have to admit that seeing the Triple-Triad being used like this made me reminisce the time when I used to play FFVIII. Back then, I was hooked on trying to get all the cards the game has and it was a nice distraction from the world saving business Squall et. al had to do. 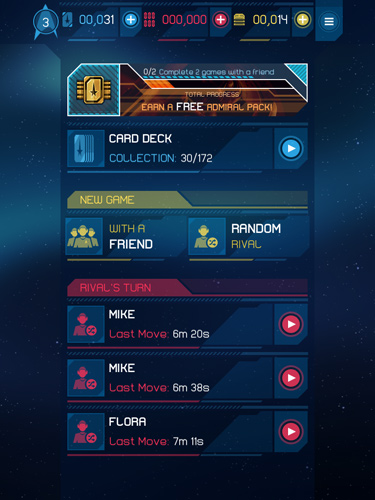 With that said, removing Triple Triad as a mini-game and having it as a stand-alone game is a stretch by my standards. Yes, it was fun in FFVIII. It had me addicted for a time at least. But it was because it was set as a “mini-game” instead of the main game. While admittedly, STR is a nice game to play if you’re waiting in line or killing time during a work break. The game doesn’t hook you enough to seriously play it. 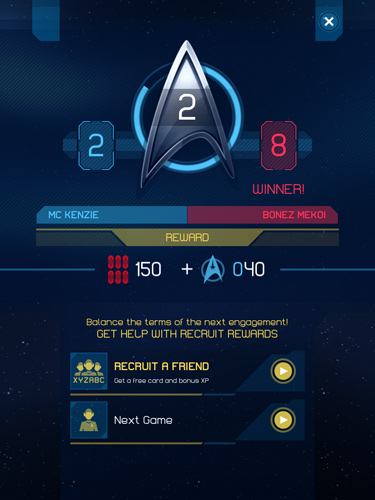 The lack of the battle against the AI option is one of the biggest problems I have with STR. With the game’s mandatory 1v1 battles, you are forced to wait on players who may suddenly decide to not play anymore after a few turns which is a definite buzzkill, especially if you’re already winning. Of course there’s the other option that you won’t be able to find a “rival” to play with even with the game’s search function. So you’re basically just waiting half the time you’re playing.

The game also restricts the cards you’re able to use to one game at a time, making battles against multiple people simultaneously a chore. Also, having a clean “record” is next to impossible unless you’re willing to wait battles out.

Star Trek Rivals is a forgettable card game type of battle with little to no appeal to those who are not familiar with the AU Star Trek franchise. It was nice seeing the triple triad game being used outside the FF universe. But unfortunately STR just proved that it should’ve stayed in it.