The sixth continent of Glenheim is coming. On August 21st Continent of the Ninth Seal (C9) will be revealing Raebin, the newest continent to be added. The evil Nefer and his army have invaded the Guardian’s Tower to find Tertis’ Heart. To save Glenheim players will play through each level of the tower’s 20 levels and 3 dungeons. And to celebrate the release Webzen is teaming up with Eurocom to host a massive monster hunting competition.

The first DLC for Trion’s shooter Defiance will be released on Tuesday, August 20th. Players who pay for the Castithan Charge Pack will be able to play as Castithan, access a new battle arena game mode, and much more. It will be on sale for $9.99 or 800 Microsoft Points for Xbox Live. 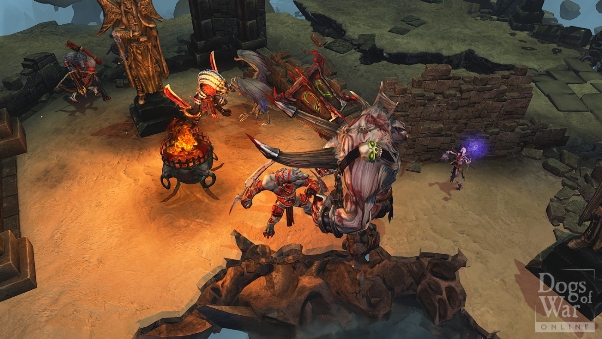 Cyanide has launched the website for their tactical F2P MMO Dogs of War Online. Each player will manage their own company of mercenaries and take part in turn based arena battles. Closed Beta is also expected to launch in late September so anyone interested in giving it a try is advised to watch the site and the social media for more announcements.