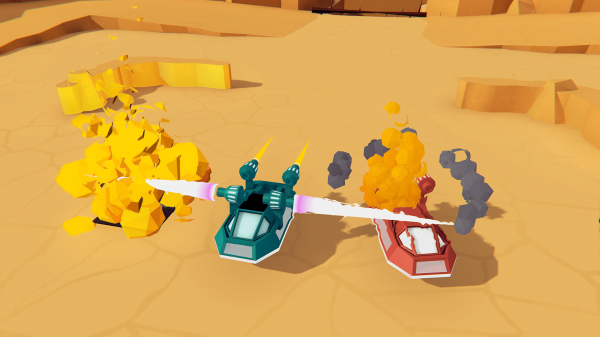 Gamious’ Team Racing League is now officially live, and it’s the first of its kind: A dedicated team-based racing game. It boasts 3-on-3 team racing, using skills, smart tactics, and abilities to beat your opponents. The goal is to battle the other team and get to the end of the race first: either with skill and speed or by sabotaging your opponents [or both!] with powerful abilities and tactics. It could be the most competitive top-down racer to be built, and has great esports potential.

Team Racing League’s development was inspired by top-down retro arcade racing games like Super Off Road and Championship Sprint. Instead of relying on power-ups, the game is all about teamwork and racing skills. It aims to be a pure racer, without artificial equalizing mechanics. During the race, the entire track and all racers are visible in a top-down view, giving both players and spectators an excellent overview. Team up with friends and beat your opponents together in exciting online multiplayer matches!