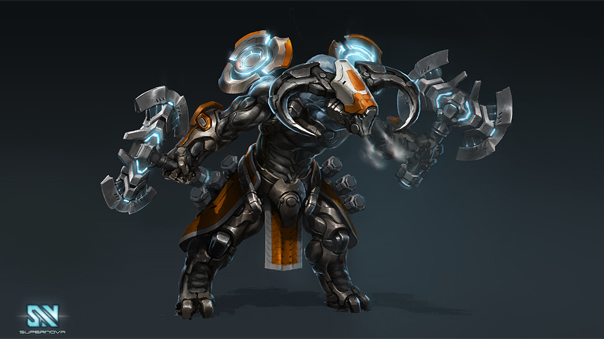 Targon is a powerful, ax wielding fighter who can deal serious damage to his enemies and comes from a race of minotaur-like creatures called Aurocs who inhabit the planet Therion. When the legion of Faceless captured the Aurocs as servants for the Faceless homeworld, Targon proved to be a vicious and brutal brawler that got the attention of the Pit Boss, who gave him the title of The Arena’s new Gaoler. After a riot ensued, Targon became a prime target for angry, escaped slave gladiators. Barely fleeing with his life, Targon bought passage on a mercenary ship headed to battle in a faraway system where the ship’s captain offered Targon a chance to be a soldier, which he immediately accepted.