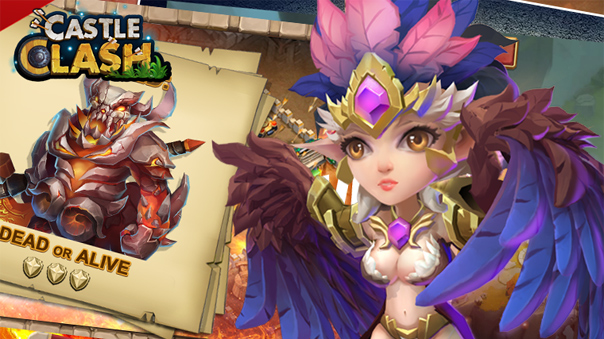 Internationally-acclaimed mobile game creator IGG is pleased to announce a massive update for one of its most beloved titles – Castle Clash.

This update will feature a huge expansion with top tier features, including a new Arena, Hero, Talent upgrade, and Guild Boss!

The Lost Battlefield is the newest addition to the Lost Realm. In this Arena, players can choose 15 Heroes to duel against each other and score Fame. Fame can then be exchanged for rewards in the Warehouse.

The newest Hero to join the Castle Clash roundup is the Harpy Queen. This forest nymph’s Plume Blast attack not only deals damage, but also reduces enemy attack and speed. She also has the potential to revitalize and recover energy quickly!

The update will also allow players to upgrade Level 5 Talents up to Level 8. However, this excludes Revitalize, Enlighten, Corrode, Heaven’s Wrath, and Condemnation.

A new Level 4 Guild Boss will also make his fiery debut. Players can challenge the game’s strongest boss yet, a demonic warrior decked in stones and bones, for a chance to win massive rewards.