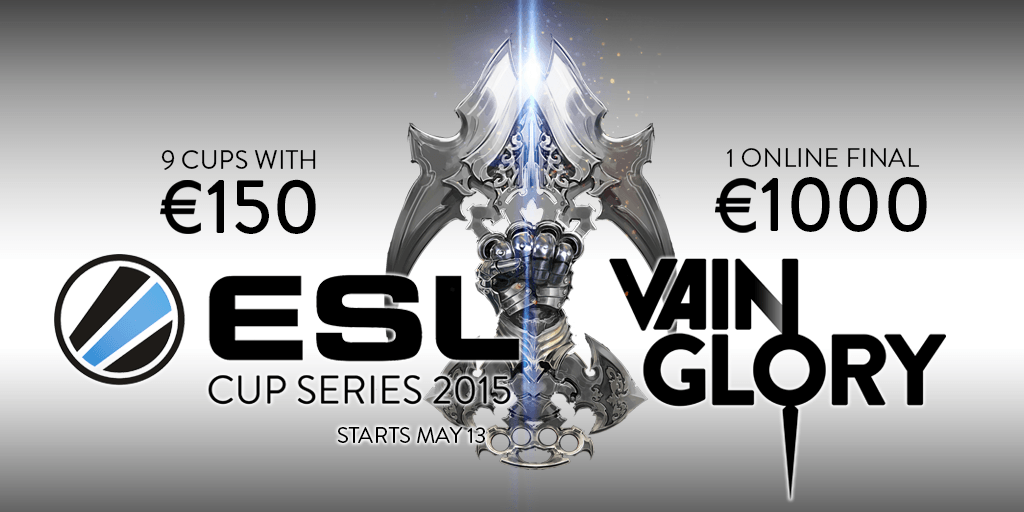 Super Evil Megacorp, the developers of ​Vainglory​, the hit MOBA perfected for touch screens, have partnered with ESL to hold the company’s first-ever official Vainglory Cup Series. The online competition begins May 13 across Europe, with the top two teams competing in ​the finals on June 14​ for a cash prize and NVIDIA SHIELD tablets. The Vainglory Cup Series 2015 marks Super Evil’s first official foray into the world of eSports, bringing touch-screen gameplay into a PC-dominated setting.

“Vainglory will be the first purely mobile MOBA tournament in ESL history, and we can’t wait to see the matches starting next week, streamed live from our studio in Frankfurt,” said Jens Hilgers, Founder and Chairman of ESL. “We are strong believers in the future eSports on touch devices, and we have chosen Vainglory as the first mobile MOBA as it delivers AAA quality, greatly balanced competitive gameplay, best in class touch controls, and last but not least, is developed by a rockstar team with eSports in their DNA.”

“We’re at the very beginning of eSports on touch screens and we’re excited to begin what will be a long journey. As the world’s largest eSports company, ESL is a natural partner for us.” said Kristian Segerstrale, COO and Executive Director at Super Evil Megacorp. “Our community has been asking for more support for competitive play from us and we’re excited that some of our biggest German streamers will be involved together with ESL in delivering our first official eSports event.”

In​ Vainglory, ​players battle real opponents in a deep and uncompromising, console-quality, real-time game. With ultra high-fidelity graphics, lightning-fast controls and a roster of powerful heroes, players must destroy the enemy Vain crystal to claim victory in 3-vs-3 multiplayer combat. The Vainglory Cup Series allows teams to collect points during nine qualifier cups on the way to the online finals. The top eight teams after the qualifier cup phase will advance to the elimination rounds. The top two teams will compete on June 14 to crown a champion.

To sign up for the qualifier cup or get more details​, ​visit:

The tournament will be hosted by professional ESL caster Jason Kaplan as well as well-known Vainglory players DonJon and Blueberryz, the casters of the community-created ​VaingloryLeague.com site and stream. All matches will be ​broadcasted live on Twitch​ on twitch.tv/vainglory.