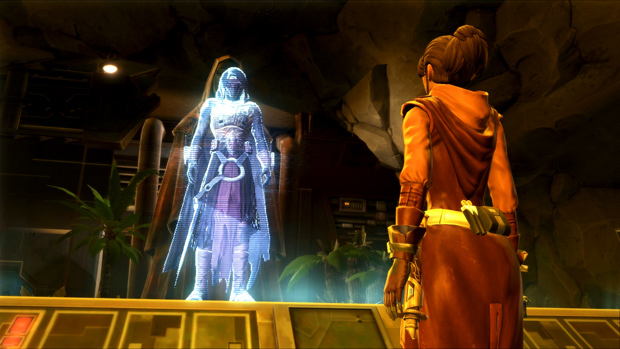 The team at the helm of Star Wars: The Old Republic has a question for you:

For the majority of their fans and followers, the answer appears to be a resounding YES. This a good thing, chiefly because the most prominent subject of the upcoming SWTOR expansion, Shadow of Revan, is… yes, you guessed it. Revan.

At a recent press event, a few members of the SWTOR (the ever-noteworthy James Ohlen among them) gang sat down to talk a bit about their reflections on the past and their goals for the future. While there was a lot of <REDACTED> and “Soon™”, what specifics we were able to coax out of them seem promising for devoted followers of the franchise. 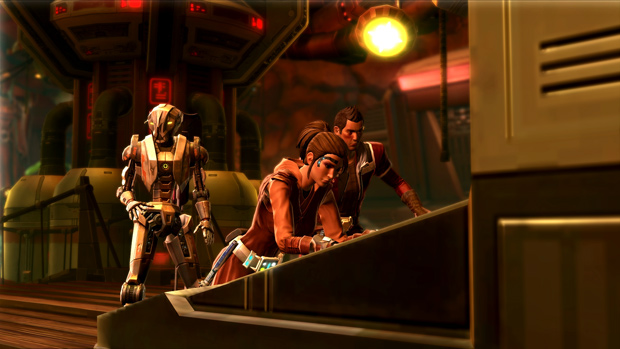 The panel began with the usual introductions, the usual recital of player metrics, and the usual vigorous pounding on the Star Wars canon encyclopedia. We were assured that the game remains as true to its roots in the original intellectual property as ever, that the game has survived its transition into the world of F2P dazzlingly well, and that all the people in charge are big, big Star Wars fans. This is standard fare for the team, they like to ride in with trumpets and fanfare, and while it seems a bit rehearsed at times, there’s definitely a lot of vigor put into the performance.

After the opening ceremonies were out of the way, we began to gnaw on the bone that would prove to be the day’s main course: “What do SWTOR players want?” This question, more than any other, dominated the conversation and has apparently informed all the team’s major decisions going forward. The answer, they say, is two-fold: fans want more of the old personal stories that formed so much of the game’s original allure, and they want KOTOR 3. 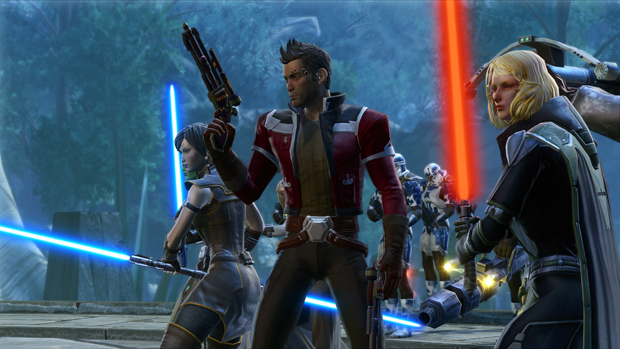 KOTOR, for those who don’t know, is one of BioWare’s older RPGs, Knights of the Old Republic. It’s their homegrown installment in the Star Wars extended universe. Many people would argue that SWTOR is its spiritual successor in many ways, and, over the years, many people have. The fact that this is the answer the developers have drawn from the community suggests that they have, in fact, been listening to the community. Kudos to them.

Revan (again, for those who don’t know) is the protagonist of the original Knights of the Old Republic. Revan is to KOTOR as Shepard is to Mass Effect, essentially, and his name has cast a sizable shadow over the franchise. With multiple cameos in SWTOR, up to and including his own personal cult of devotees, and an entire novella devoted to him, Revan may very well clock in as the Old Republic’s biggest star and most recognizable name. He will be the driving force behind the story of the upcoming expansion, and all the many prominent NPC characters attached to him can be expected to make a very generous showing as well. 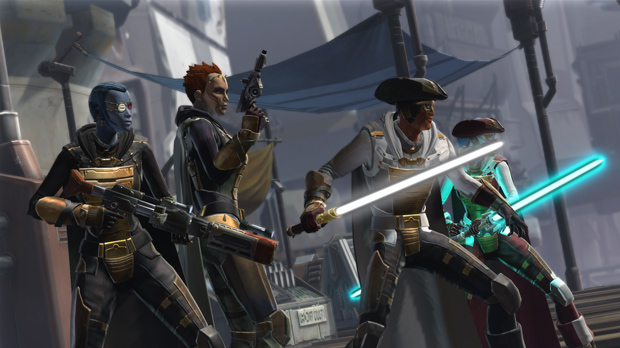 So, where does that leave us? The developers have asked their question and gotten their answer, but how will they address it? What steps do they plan to take to furnish their devoted players with their most fervent desires? The first and biggest answer was, “You’ll see.” There was a lot of vague talk made about implementing a lot great, big new steps in the future, but very little in the way of specifics. There were knowing smiles, nodding heads and firm looks into the camera, but not much explanation. Hopefully, it will suffice to say that there are big plans on the horizon. Much talk was made about “the next big step” in the universe. Take that as you will.

What specifics we do know, though, are this: personal class stories are returning in a big way. Old actors and writers have been rounded up and locked into their respective booths to make them happen. The team promises that these stories will resolve any old loose ends that might have been left behind, bring closure to their players, and focus on how these characters then define themselves, and their roles, in the galaxy to come. Again, vague, but one of the greatest criticisms of the whole personal story concept was that it took such a monumental investment of resources to make it work. That the team is apparently willing to pony up that kind of capital suggests a very respectable degree of commitment to giving their players what they want. 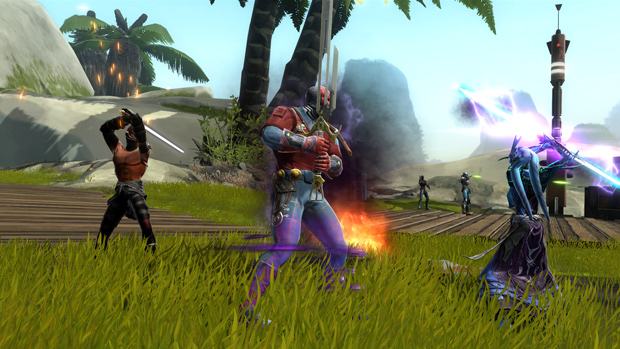 In the first great expansion for SWTOR, there was space combat. Indeed, players had been demanding a more engaging form of the game’s airborne dogfighting since its release. That was delivered, and in remarkable form. Next there was player housing, featuring the tremendous guild ships, which had also been a much-requested feature and, again, delivered in remarkable form. Now, it seems, that the players have been demanding story. Once again, the team has stepped up to the plate and they’re pointing quite confidently at the fences. A new planet, a dramatic plot centered around one of the franchise’s most beloved characters, and the return of one of the game’s most sorely missed features?

They may hit this one out of the park yet.