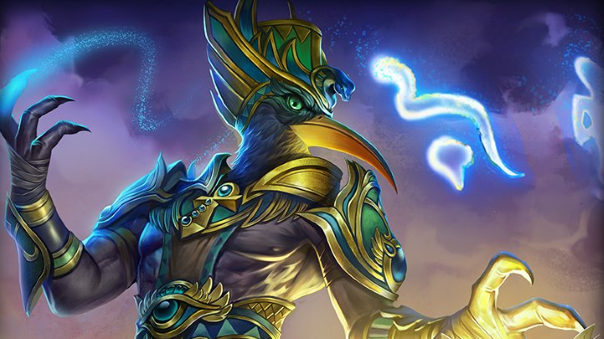 Today, Hi-Rez revealed during its weekly SMITE Patch stream the upcoming patch notes for the game, including the new god, Thoth.

Two news features are coming with this patch: a Spectator visual update, adding improvements originally seen on the Xbox version onto PC, and the additional support of Facebook in-game streaming.

Thoth is Ra’s right hand man, who rescue’s Ra’s crazy daughter. He gets promoted to Ra’s advisor in the underworld, where he sits to evaluate souls. His book has the power to make someone the most powerful magician in the world, but mortals can’t handle it.

Passive: Builds stacks for getting kills (learning enemy’s weaknesses). At 30 kills, he gets a stack of 4 magical penetration. Every 4 levels he unlocks a new chapter to gain a new stack. 20 total magical penetration max. (Can gain stacks even from jungle mobs.)