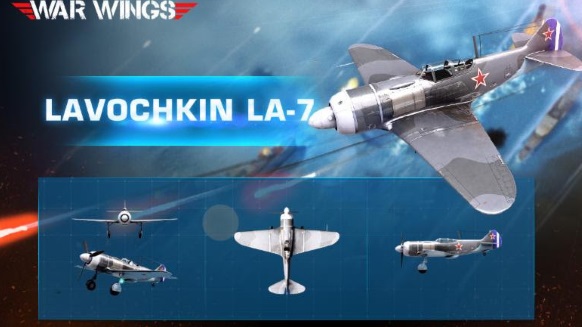 Miniclip, together with Tencent and Mobilefish have announced a series of updates to War Wings for November. New planes can be researched, seven different varieties in the new LaGG Series (a low-altitude interceptor, added to the Soviet Tech Tree). These are all equipped with rocket-propelled grenades to intercept enemy craft, along with machine guns and cannons. But even more planes on top of that are coming, from the IL-2, a terrific air-to-ground attack aircraft that gained infamy in WWII. A new Elimination Mode. For a limited time, players can test out the brand-new Elimination Mode. In Elimination Mode, each player chooses three airplanes before battle, which, unlike in other modes of play, can’t be revived once destroyed. Whichever side destroys all the enemy airplanes wins-and, just like in a real battle, the reward for victory can be great.  That and a new squadron system joins the game, where players can receive a supply box reward every week. Earn squadron points through matchmaking, and players with the most points will be on the leaderboard.