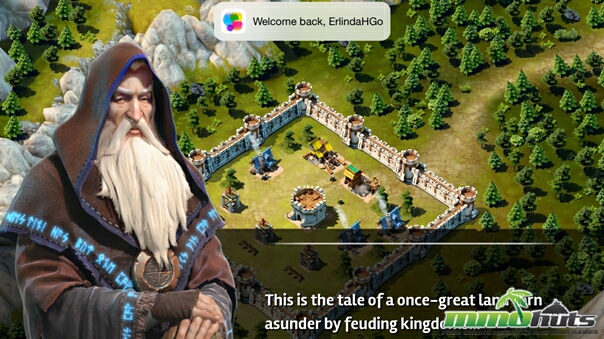 When it comes to the town simulator-active strategy genre on mobile devices, one can say that Clash of Clans has reigned as king for some time. Following this year’s Superbowl ad with Liam freaking Neeson playing CoC in full Taken form, it feels like nothing could legitimately challenge them for the throne.

But then, there’s still those trying to up the ante a bit to evolve the genre to something beyond just throwing bodies at heavily defended super walls.

Gameplay
At first glance, Siegefall is your typical town simulator-strategy game just like Clash of Clans. You create units, build structures, and gather resources as you level up and open up a wider technology tree. You create your defenses hoping to fend off would be attackers as you try to invade other towns as well. 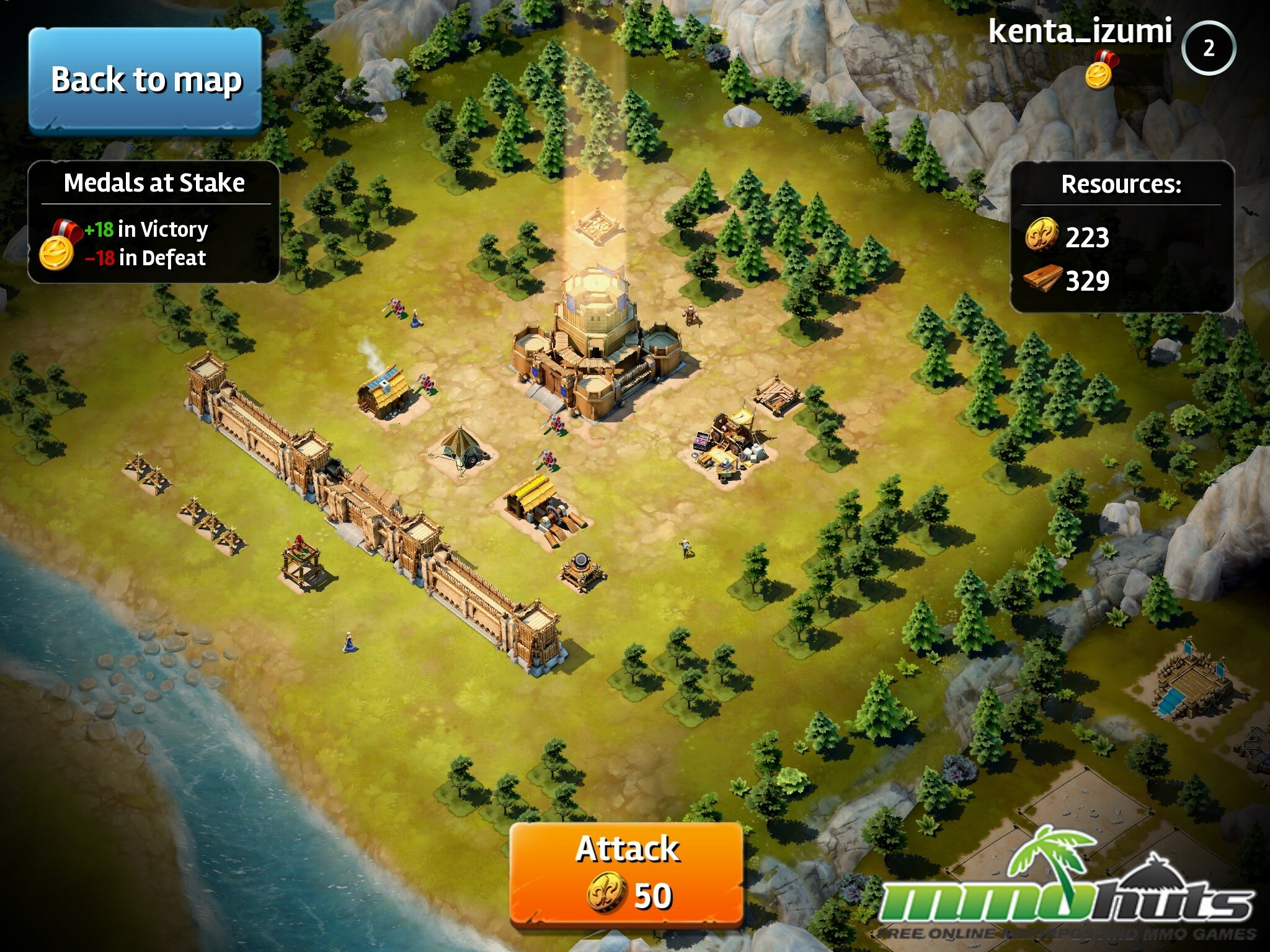 Don't be scared off by city building. There's a lot more under the hood here than you'd expect.

The biggest difference that this game has, at least in comparison to Clash of Clans, is the following. The first one being its battle system is more reminiscent of Supercell’s other less famous town-simulator, Boom Beach. The second one is that Gameloft added the CCG element in the game as you can use these cards to change the battle situations.

Town Simulation
As for the game’s town simulation aspect, there’s nothing much to write home about since it’s practically straight up resource gathering partnered with structure upgrades. If you’ve anything in the genre before, you’ll probably need less than ten minutes to get a firm grasp on what needs to be done here.

The game’s town simulation aspect is affected drastically with the way the game’s battle system is set up. Unlike in Clash of Clans (more like Boom Beach) you won’t have to worry about attackers hitting you at random sides of the map. Instead you have to just worry about defenses getting through on one end of your base.

Siegefall also follows the town simulator pattern by limiting your structures to a level unlock system. The higher your level is, the more structures you can build.

Battles
Facing off against PvE and PvP opponents is a matter of directing your forces from the standard starting position, finding a route to the juicy loot your enemy has hidden behind their vast defensive structure network. Gameloft takes the tried and true gameplay and then adds more tactical options, letting you predetermine which areas your units will be attacking prior to the go signal. 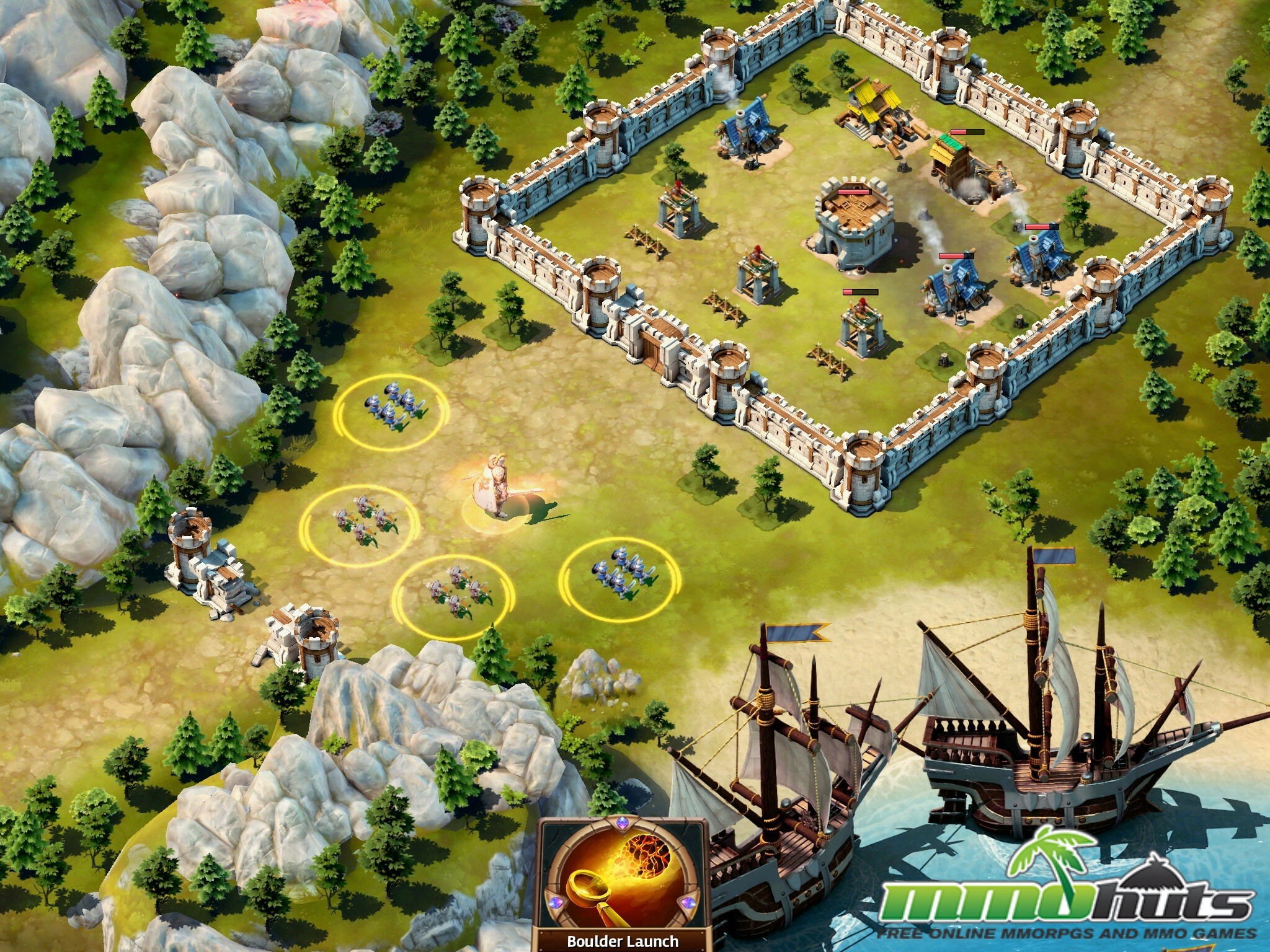 The battle system is as solid as the genre gets.

Your hero units can be actively directed on where to go/attack while your minions assault whatever looks at them funny. You have the usual variations of units in play with the grunts being cannon/defense fodder while specialist units can then be put into the field to bolster the skill ceiling in higher tier battles.

Also, Siegefall’s battle system introduces the CCG element, which sets the game apart from CoC and Boom Beach. You can craft cards that provide support to your on-field units. They either attack structures directly, unleashing destructive spells from the skies, freeze units/structures in their tracks, provide additional support units, provide updated unit commands, and the like.

Something I’m a big fan of is the recycling of units in Siegefall. Those that you properly command to survive through a match can rejoin future battles, rather than mysteriously disappearing as in its competitors.

One other new feature offered is mid-match summoning of new units via the Meat System. If you take down meat storage facilities during a battle, you can expend this resource immediately to reinforce your troops! Destroying enemy units also adds to your meat score, implying some awful cannibalistic tactics. Gameloft seems to be doing its best to buck the endless trend of clones, while not steering so far outside the norm as to scare off the target audience that clearly loves this model.

Replayability
Typically newcomers to a genre would call that many alterations in the formula satisfactory before pushing their game live. Gameloft wanted to add a bit more spice though. There are TONS of things for you to do aside from the battles and achievement unlocking (which the game also has). 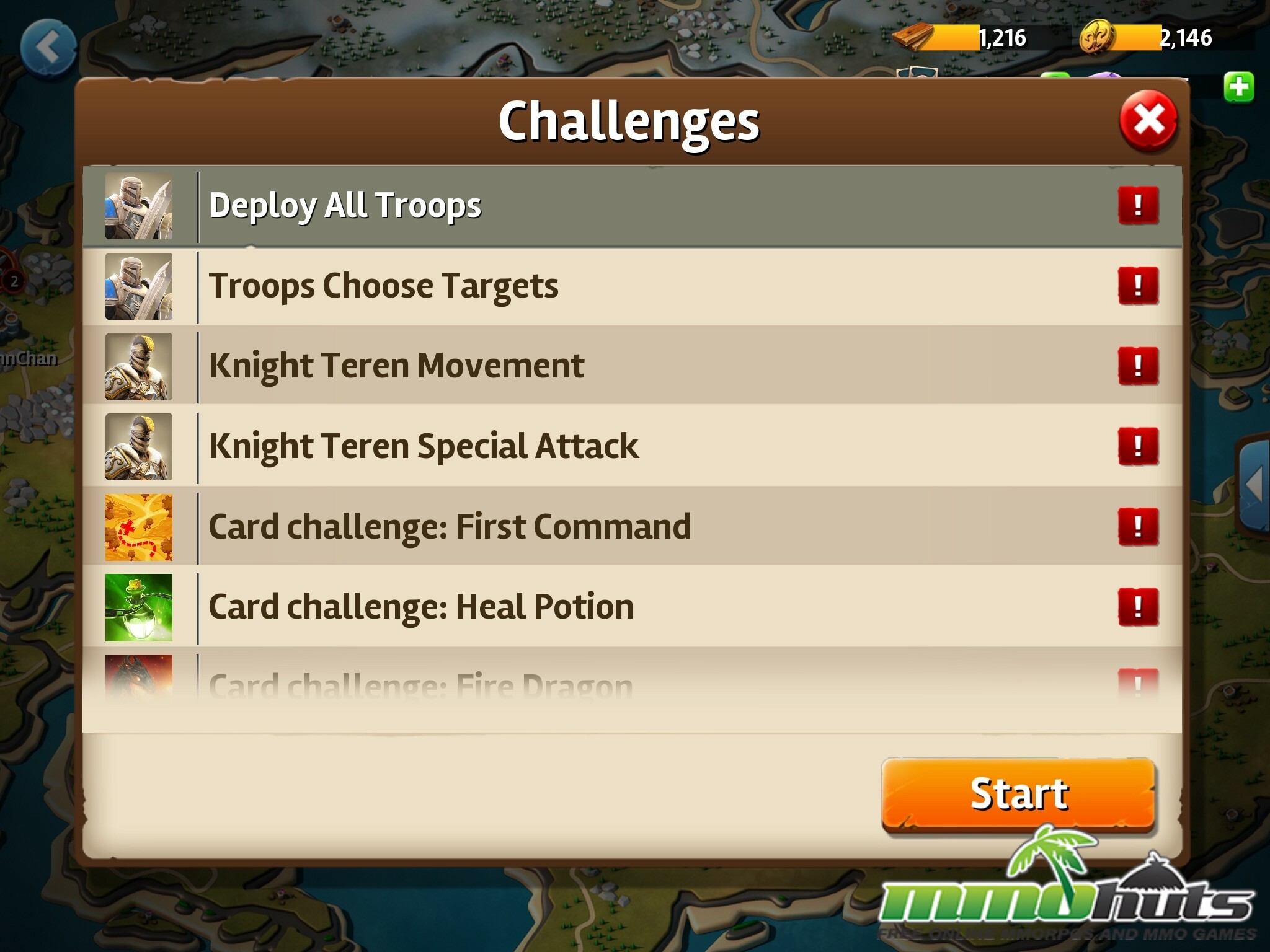 Completionists be warned, this game has a fort full of challenges to complete.

A full PvE campaign system tells the story of your rise to power, while offering hero unlocks for completing each arc successfully.

Gameloft also added the challenge system into the mix as something you can play through. This game system provides you with information on possible tactical options, unit features that you can use for actual PvP combat.

You can unlock these challenges as you upgrade certain structures/level up; they don’t use your standing army either. It’s a nice touch to keep you busy while forging your minions for future invasions.

Critique
My Siegefall experience is truly an enjoyable one to say the least. Not only is the game system well made (even if it’s just a combination of Boom Beach and Clash of Clans with cards), it offers solid UI and aesthetics to keep you hooked.

The game looks good and even plays well on older devices (tested this on an ipad 2) whereas other new games on the market now opted to only be played on higher models. Though at times utilizing too many cards at once caused some notable lag. I’ve seen this issue reported on higher end devices as well. 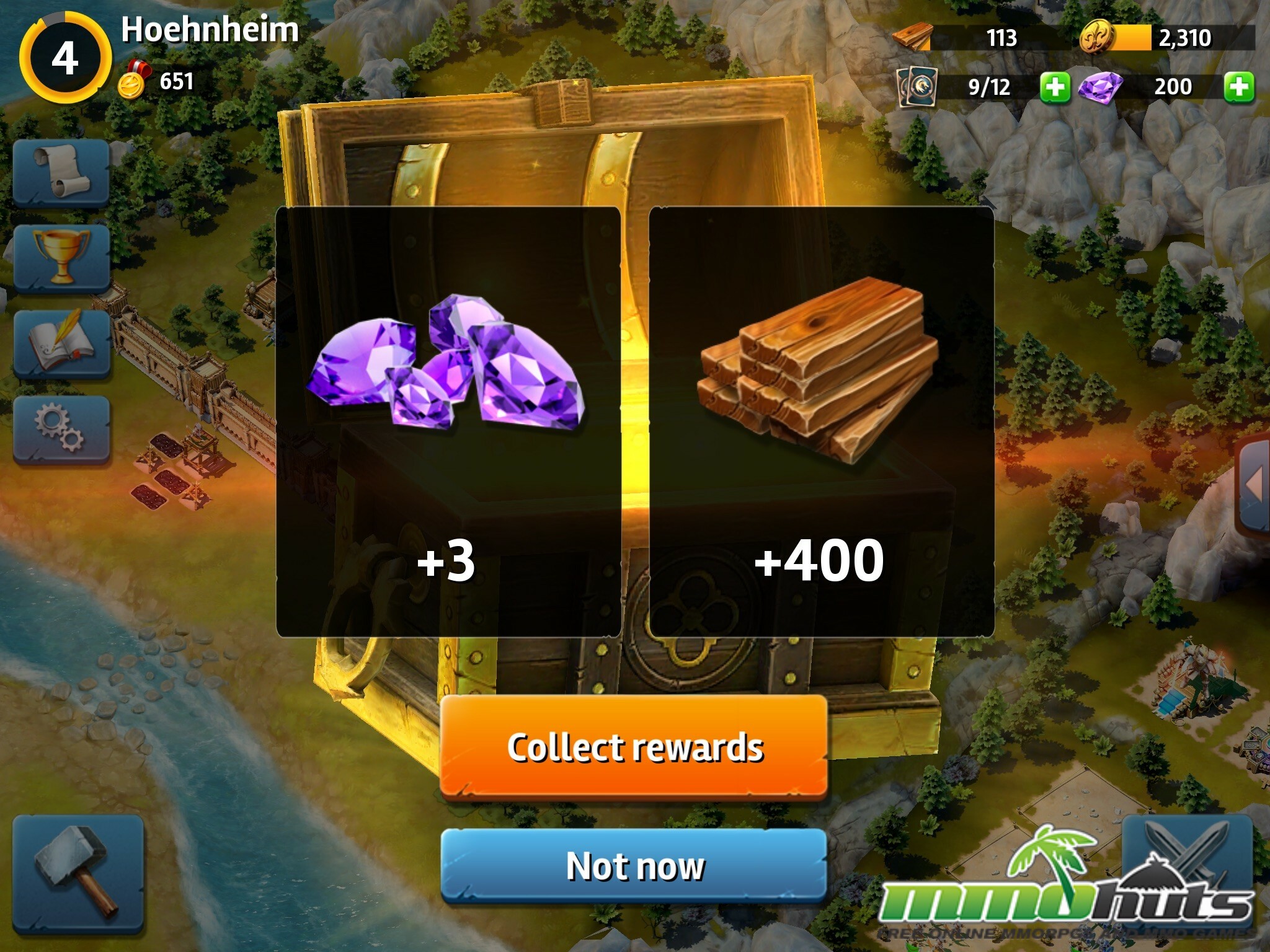 Resource acquisition is a bit wonky, and clearly part of the monetization plans.

The game is fun to play, and the paywall doesn’t feel that high since I can still smother higher level players (At one point out strategizing a base build by someone 10 levels higher). Resource generation at times can be frustrating for non-paying players, but a little patience goes a long way. In battle, well-timed spells and reinforcement rushes make or break assaults, making your tactical choices feel like they have potent value on the battlefield. In fact I loved how they integrated the spells into cards and how you need to not just juggle resources but also cards as you face other tougher players in the field.

Conclusion: Excellent (5/5)
It’s actually a really refreshing experience to see a company try to buck the trend on some aspects, but keep what made the other titles successful and really sought after. Siegefall is sparkling example of how to bring innovation into a well-established mobile genre. Anyone looking for an engaging and challenging strategy game on the go should give Siegefall a shot.