Education Center at The Tank Museum Ignited by Wargaming 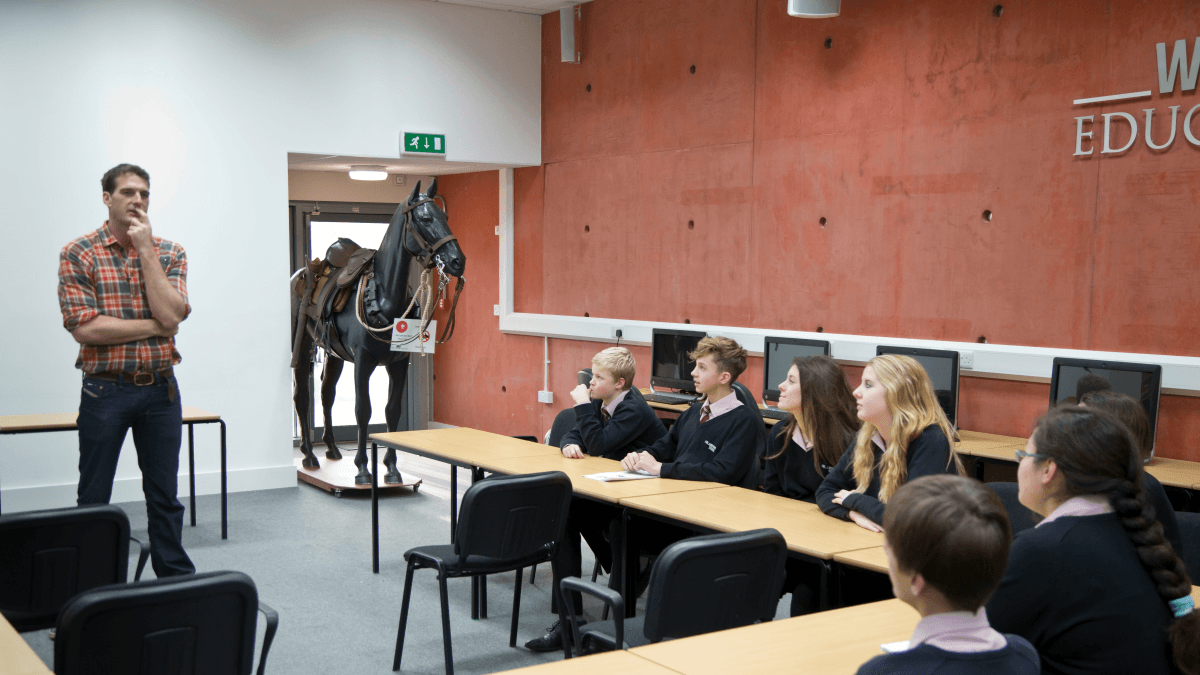 Helped by donations from Wargaming, the Education Center at Bovington’s Tank Museum has seen some huge benefits since opening in 2012. The Education Center has allowed the Museum to welcome over 15,000 school children and community groups to take part in educational workshops.

The donation from Wargaming has allowed the Museum to offer a high quality facility to schools. It also taps into the popularity of the game World of Tanks with pupils. Pupils that play the game often have a high level of knowledge of armoured vehicles. The game is a catalyst that sparks their engagement with the subject, and when they visit the Museum they are instantly engaged with the collection.

In the Education Room pupils can learn about the history of tanks and be inspired by the science behind some iconic armored vehicles. The First World War centenary that occurred in 2014 has also seen huge interest from schools looking to study World War I, in which tanks played a vital role.

A group of Year 9 students from Blandford School recently had the chance to meet the TV historian Dan Snow in the Education Centre.

“It’s been fantastic to be able to use this facility to talk to such enthusiastic students studying this important period in world history,” said Dan Snow, a Trustee of The Museum.

Wargaming is committed to the preservation of modern history, and the Education Room is part of that,” said Rinaldo Andreolli, General Manager of Wargaming Europe. “Before the room was built, the children used to have group time and lessons within the halls of the Museum. As exciting it is to be surrounded by tanks, what they really needed was a proper space with a whiteboard, computers and desks to enhance their learning experience. Our objective was to create such an environment, and we are proud today to see we have succeeded beyond our expectations.”

All workshops conducted by the Museum’s Education Team are designed to support the National Curriculum, an essential factor in attracting schools to visit. Recent workshops for secondary schools included an examination of Nazi ideology and the role of Churchill tanks in the liberation of Belsen concentration camp.
The room is also home to Blackjack, a ‘real’ full size cavalry horse, who helps younger children understand what life was like for animals during the First World War. On the run up to the festive season, the center was decorated in an Edwardian Christmas theme as students explored the Christmas Truce that took place 100 years ago.

The facility has also been used to deliver workshops and projects to community groups, such as Moore Activity Day Care who created a piece of art work for the Museum’s War Horse to Horsepower Exhibition.

“Many of the pupils that visit us have a keen interest in playing World of Tanks,” said Felicity Wood, Education Officer. “The game is a stepping stone to discovering more about history. Having this Education Room allows us to deepen pupils engagement with the history of armoured warfare. Pupils who have played the game visit us and are incredibly excited to see the ‘real thing’.”

In the future, Wargaming will continue its dedication to supporting historical endeavors all across the world and promote the importance of education.