Shrine of the Eidolon comes to Warframe on Console Next Week 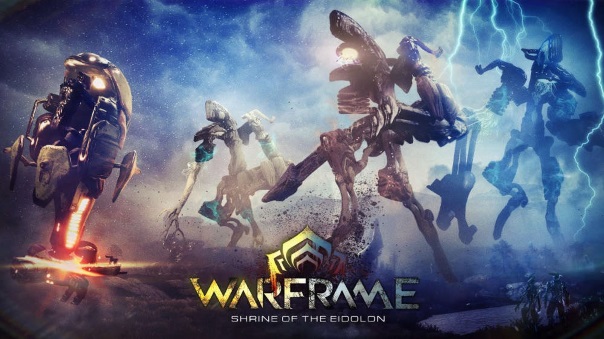 Canadian developer Digital Extremes’ next update for Warframe on console is coming next week. Both Playstation 4 and Xbox One users will get to experience the Shrine of the Eidolon update, which re-organizes the Mastery Ranking of more than 150 weapons, re-balances more than a half dozen Warframes, and brings forth two towering new Eidolons to do battle with. It also allows players the chance to dominate the skies with the ridable Dargyn.  The introduction of the Dargyn to players complements the existing Archwing as a secondary aerial mode of transportation, and by logging in within one week of launch, players will receive free items including a three-day Affinity Booster, 3X Forma, and 1X Exilus Adaptor.

“Rumors from Cetus have spread about sightings of towering, magnificent creatures haunting the Plains of Eidolon at night. In the past, Ostron legends have told in hushed accounts of long-dormant Eidolons rising again in special conditions. Debuting together in Devstream 103, the Gantulyst is a towering new beast, nearly twice the size of the original Teralyst (first introduced with Plains of Eidolon), wielding a rock for an arm and capable of hurling a massive ball of energy that rotates and radiates powerful beams of Sentient energy in all directions. The Hydrolyst is a toxic, deadly creature more powerful than its giant brethren. It creates toxic storm clouds, pouring out poisonous Sentient energy that deals constant damage, challenging the most experienced Tenno like never before.”