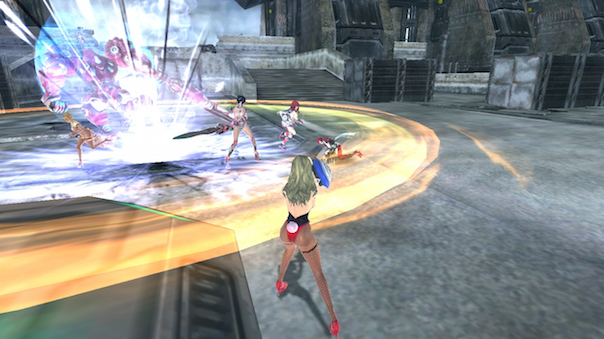 Aeria Games has just wrapped up a successful closed alpha test of Scarlet Blade, and is now ready to reveal the dirty details about the game’s player-versus-player modes.

Fans who crave competition with their fellow players will be happy to learn that several different PvP modes will be available at launch, with even more coming soon after in the next content update. For those who wish to test their mettle alone, 1v1 duels will be a staple PvP feature, but larger battlefields provide a backdrop for a truly epic scale of faction warfare.

A sprawling open-world PvP zone allows players to group up and battle huge bosses that drop highly sought-after loot. Many players from both factions compete for the kill against these bosses, setting the stage for frantic clashes—and lots of dead bodies. An even bigger PvP zone is set for the game’s first major content update, along with a new 6v6 arena-style format.

Scarlet Blade will also launch with two unique battlefields, the 30 v 30 Janus map and 80 v 80 Turnpike map, with several more planned for release soon after launch. Players can earn Rank Points and loot dog tags from dead enemies in all forms of PvP combat, and trade them in for items, unique emotes, and powerful PvP-exclusive gear.