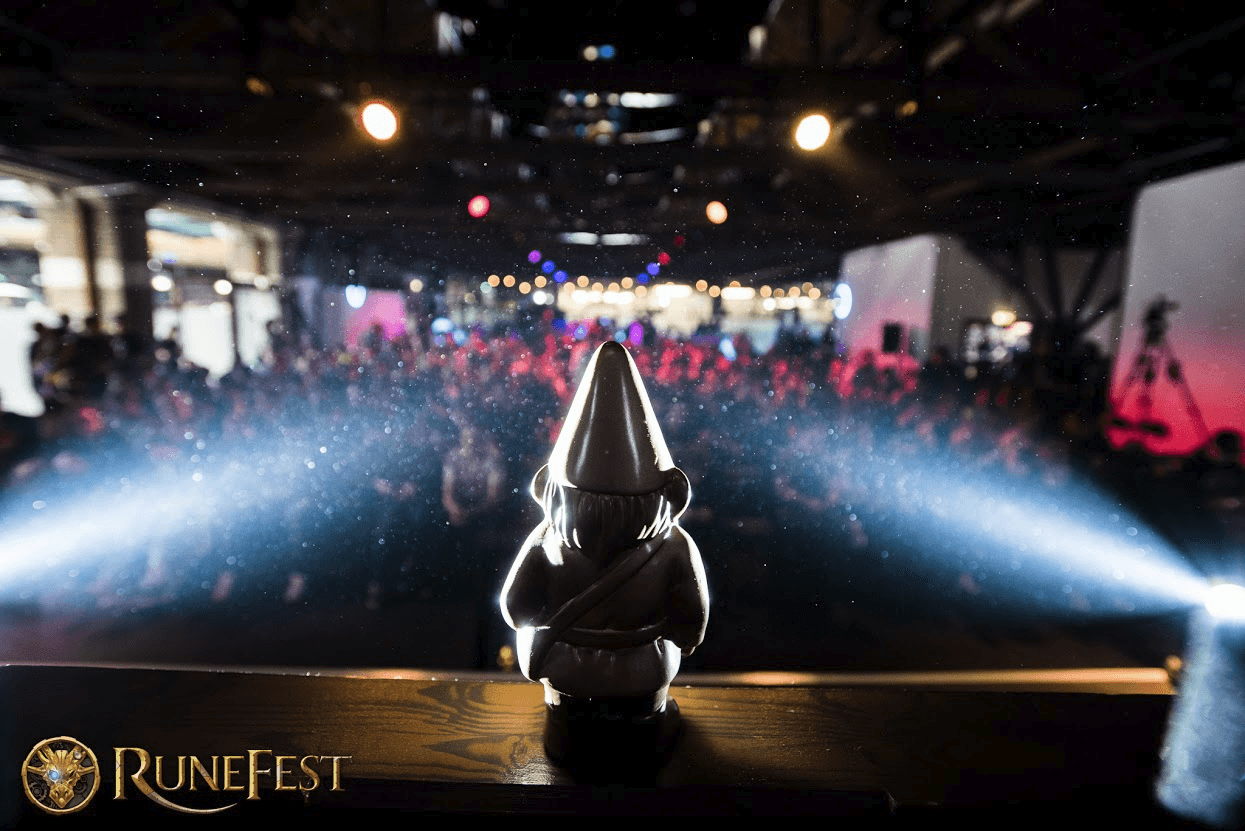 Jagex Games Studio, creators and custodians of the fantasy MMORPG RuneScape, are pleased to announce that RuneFest 2015 was a resounding success. Held this past weekend for the third time at London’s Tobacco Dock, the annual fan convention played host to many thousands of passionate players both in person and online from around the world.

New content for the RuneScape franchise was announced, including a new quest from the game’s original creators, Paul and Andrew Gower, a new continent for the Old School game, as well as confirmation of the closed beta for upcoming online strategy card game, Chronicle: RuneScape Legends. A playable virtual reality prototype of Chronicle was also available for fans to try out, as well as a whole host of developer Q&A sessions, cosplay competitions, live music, and many other distractions and diversions.

Away from the thoroughfares and stages of the venue, the wider RuneScape community experienced the exhilaration of the day via a range of social media and live streaming platforms. Content on the day reached far and wide via Periscope, Twitch, Snapchat, Facebook and Twitter. The live stream enjoyed more than 234,000 total plays during the course of the event, while around 3,100 tweets were posted using the #RuneFest hashtag with more than 11.7m impressions. Approximately 3,000 people tuned in to watch the backstage and roaming Periscope stream.

We were thrilled to once again bring RuneFest to Tobacco Dock. It was fantastic to see the hard work of the team pay off, especially when the fans were so positively vocal about this year’s event. Many thanks to our event partners, who all helped deliver what was the best RuneFest yet!

Once again, RuneFest allowed fans from as every corner of the world, including Australia, Singapore, the United States, and – of course – the United Kingdom, to purchase entry using the game’s Bonds system. Flights and accommodation could also be funded this way, as well as buying merchandise and refreshments via a conversion into the event’s proprietary Zemomarks currency.