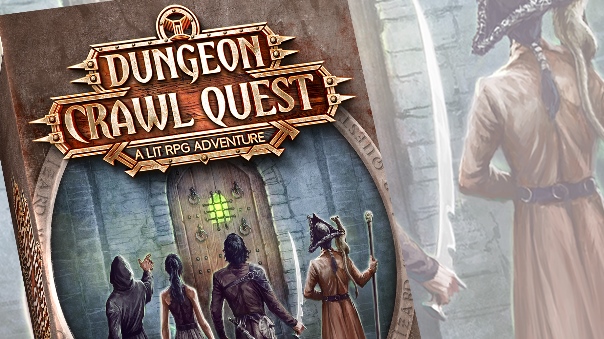 There’s definitely some slack that I’m willing to cut someone for their first book when I review it, especially after watching the Neil Gaiman Masterclass on writing. Getting all the “bad writing” out is something that everyone has to go through. Heck, as I look back a year and more at some of my first article rough drafts, I cringe a little bit at myself. This is part of the growing process.

C.A.A. Allen has a lot of room to grow. For all of that, I also think he has the natural intrinsic qualities required to be a good storyteller some day. His book, Into the Game: Dungeon Crawl Quest (Wizard Warrior Quest Book 1), tells the story of a young man named Riff Jenkins. Riff ends up physically inside his favorite game, Dungeon Crawl, after receiving a mysterious object called a Grimoire.

Now, here’s one of my first issues. A grimoire is a book or tome, usually filled with invocations, incantations, and other processes by which one performs magic. In the book, the Grimoire is more of a sort of magic pocket watch thing. Can’t tell you too much without spoiling the very end of the book, but I felt like this, and some other things, could have used better naming conventions.

For example, the “bag of heavylessness.” This is an actual item in the game, and I feel like Allen perhaps thought that this would be more clever than it actually was. Weightlessness would have been fine. Heavilessness, I could perhaps have let slide. But heavylessness is just a non-word that makes my head hurt more than a little. 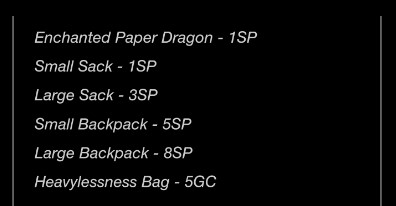 And speaking of things that aren’t as clever as one thinks they might be, there’s a character in the book whose name is “William Thomas Flukermayne, the third”. The character then suggests that he should be called “WTF, Mayne”. As in “what the fuck, man?” but with a particular accent that just makes the whole thing extremely tasteless. Additionally, it should be W.T.F. Mayne in text form, but that doesn’t even make any sense. Additionally, the character says “WTF, Mayne” in dialogue at least 3 times. The only thing worse than using a bad joke is using it until it’s stale.

“WTF, Mayne.” William nods with a scrunched nose. “Left is absolutely the one.”

This isn’t the only issue with the dialogue either. To be quite frank, it’s bad. To be more precise, it’s filled with colloquialisms that just don’t work, or feel inappropriate coming from certain characters. The female main character, Bella, for example, saying, “They all smell equally of sour ass” felt extremely out of character. This sort of thing while reading a story is jarring.

For all that, I do understand that the language used in the book is part of the San Diego hip hop culture from which C.A.A. Allen came up. As a professional writer, however, one really needs to learn to either overcome the usage of such jargon, or at least be consistent with its use. The flux between just made this less of a pleasant read than it could have been.

I also just couldn’t really find myself much invested in the characters. I felt they were very two dimensional, and the book was too short to flesh them out. I also felt that the narrative lacked much in the way of description. “Show, don’t tell” is one of the first lessons in any educational narrative class, and is one that I think C.A.A. Allen needs to examine if he wishes to improve his writing. 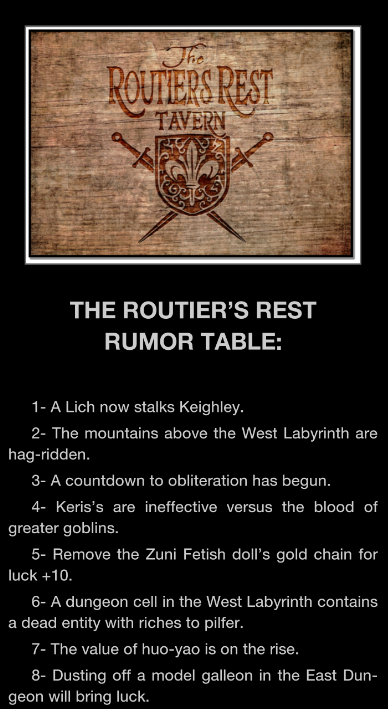 But... what's a Routier? Is this some reference to Darlie Routier? I don't get it.

For all of the lack of character depth, the world building seems fairly well thought out, on the author’s side. The book contains a number of stat panels, including shop inventories, character sheets, and one creative aspect of a LitRPG story I hadn’t really seen before: Rumor boards. The art throughout the book is actually really good too.

Truth be told, by about three-quarters through Into the Game, I really just wanted it to be over. I did persevere, and now that it’s finished, I’m actually somewhat curious to pick up the second book in the series. I think more than anything what Allen needs is a good editor to go over his work and help guide him. I think he’s got the raw talent, and a unique voice in the LitRPG genre, but this title simply feels very unpolished. Whether C.A.A. Allen himself will prove to be a diamond in the rough remains to be seen. Maybe a couple of those writing classes on Masterclass would be just the ticket.