Population Zero Gets Ready for Alpha With Upcoming Major Update 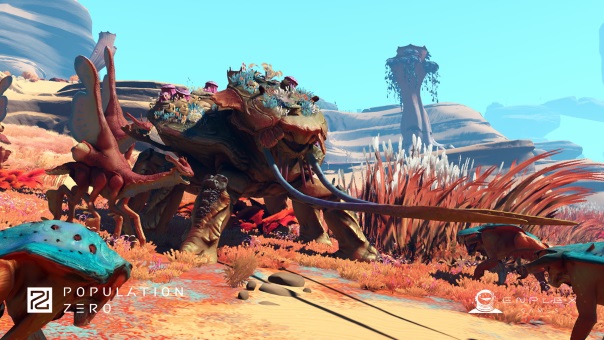 Enplex Games is gearing up for Population Zero‘s upcoming Alpha Phase of development. Players who are at the “Commander” level are able to take part in the final pre-alpha gameplay session which starts on February 23rd. A large update is coming after that, that when complete will bring the alpha phase of development to life. As a gift to Commanders, Enplex will be rewarding a legacy version of the Colonist Suit in addition to other in-game items already contained in the special pack.  The “Commander” Pack is 80 dollars and found on their website.

Enplex is showcasing the development of one of Population Zero’s unique biomes, Kepler’s Jungle, one of many that players will have the opportunity to explore. “Wild forests, marvelous alien plants, and creatures await you in the depths of the Kepler’s jungle. The trees grow high up into the sky granting new locations to discover – that’s right, in the jungles you will be able to walk not only the ground but those natural wooden paths which covers the whole biome.”