Magic The Gathering: Arena Announces ‘Field of the Dead’ Ban 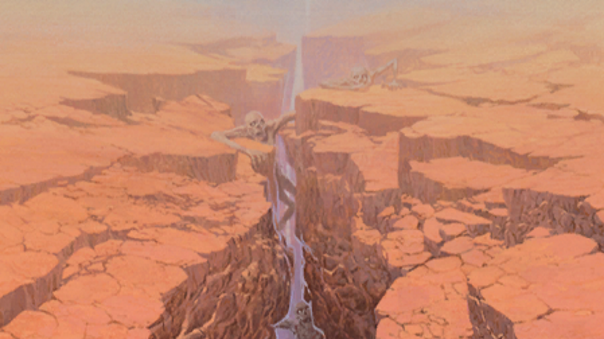 Wizards of the Coast announced a pair of card bans that will no doubt affect Magic: The Gathering Arena in a positive way. Field of the Dead has been announced banned and will take place in MTG Arena as of October 24th, 2019. The tabletop ban is effective on October 25th, 2019. For a bit of context, 41% of decks in the Magic the Gathering Mythic Invitational V were “Field of the Dead / Golos” decks. It had a truly negative effect on the overall meta, forcing only the most aggressive of decks to be viable. The longer the games went on, the more 2/2 zombie tokens the deck churned out, simply for playing lands. You could either play massive aggro or heavy planeswalker control (and hope for the best), to try and deny their land ramp.

The major problem with the deck isn’t just Field of the Dead though. The problem with the card itself is that it’s a land. It’s a very hard thing to deal with. Other than land destruction cards, you can’t simply force it to go back to the opponent’s hand, and you cannot counter a land being put into play. That means they’re going to get it on the field and you can do little-to-nothing about their ramping up tons of zombie tokens; other than simply killing them, that is, and hoping for the best (again). Your average land ramp cards do not let you pick particular, special lands though. At best, it’s basic lands and/or Gates. Here’s where the deck gets messed up: Golos, Tireless Pilgrim. Golos is a Tutor card combined with a creature. He can pick any land out of your deck; that means yes, Field of the Dead and it’s going to happen if he even hits the table. Then you can bounce him back to your hand and do it again, or use his other ability to play cards off the top of your deck for “free”. Without paying the casting cost.

The developers also point out that this latest tournament is not the only thing that was a part of the ban. Banning or Restricting a card is a very lengthy process, and we have finally reached the point where enough data has been had. On a personal level, I ran this deck, but I hated it. I did not feel good about it, it wasn’t fun. I figured that Field of the Dead could be Restricted, but I can’t even remember the last time we had a “Restricted” card in Standard. There are other concerns in our community in Standard right now, and they’re monitoring them (such as early acceleration into planeswalkers). As cards are banned/removed, be assured that we will have this news for you.