Day one at Pax East was a success! There was so much to see and do that it was virtual sensory overload. All of the companies I met with were amazing, and I saw some of the best and most creative cosplayers I think I’ve ever seen! There were so many incredible people that I met and hope to see again that I do not think it would do them justice to cram their names in in. Alas, I did not make it to the Behemoth Breakfast thanks to traffic (though we did get bagels!), and the Blizzard panel filled up immediately, everything else came up Milhouse. A full day of intense news coverage followed by a night of even more intense drinking and hobnobbing (and still surprisingly, news coverage!) But these are the definite highlights of Day One Press Coverage. The Trion titles were all varied and offered some very exciting content, plus I got to play Kitfox’s Moon Hunters for the first time! And also meeting the fantastic Nadyasonika, who is with the Witcher III folks. So go check them out! 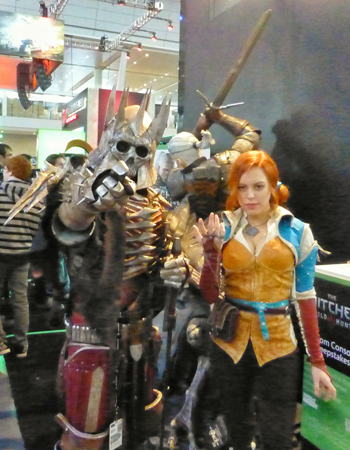